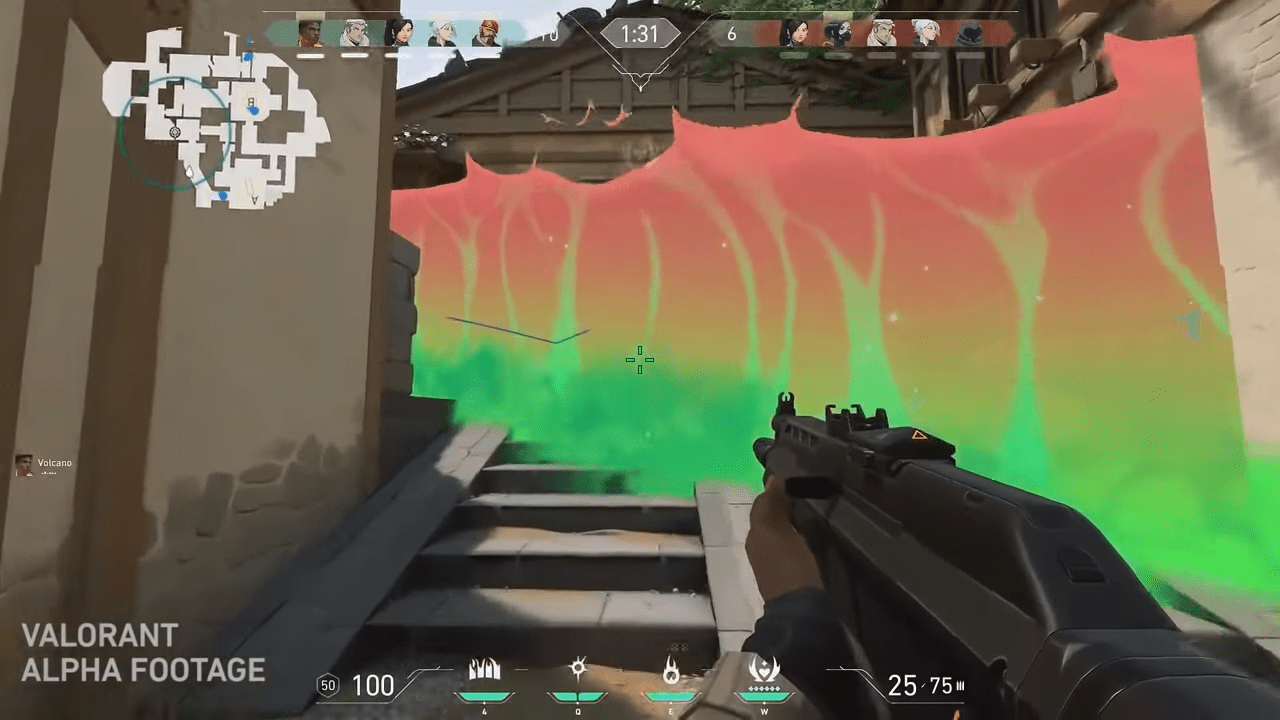 As we all pretend to work from our homes while exercising our right to day-drinking like a fish out of water, you’re likely to see a statistic repeated ad nauseam across a variety of outlets; Riot’s new first-person shooter, Valorant, began its odd closed beta-access journey on Twitch and reached a peak of around 1.6 million viewers. Many outlets and writers are taking this to mean that Valorant is the greatest thing since sliced bread, and will be the sole title worth playing in the near future; or at least that many are excited about it.

The latter statement likely isn’t wrong; Counter-Strike: Global Offensive needs some competition, and Overwatch has continued to fall off since the developers stopped working on it a year after launch to work on Overwatch 2. Yet the 1.6 million statistic is disingenuous at best, and outright dishonest at worst due to precisely how Riot has trickled their upcoming hero-based team-shooter to fans, and will continue to do so.

It would be well worth our time to discuss precisely how Valorant has approached the market, for purposes beyond contextual clues; this is a masterclass in marketing, and other studios would do well to scribble a few notes in the margins in an attempt to glean information on best practices in the modern asymmetrical market.

Dudes are making $100 a Valorant account botting on twitch lmao

Bypassing the traditional drip-feeding of information that culminated in the official title of Valorant being announced, Valorant offered a unique system for getting into their closed beta. The system revolves around watching streamers play, or watch, the video game Valorant for a low chance of being awarded a Valorant beta pass. It began on April 3rd, with a plethora of streamers awkwardly watching past videos of Valorant gameplay to offer viewers a chance at receiving a drop. Many streamers participated in this, as it was near-guaranteed views for their channel.

What entrepreneur would shake their head at increased foot-traffic?

The drops paused for the weekend, and then picked back up yesterday, on April 7th. This time, however, Twitch streamers were able to actually play Valorant, many for the first time. Again, hordes of users hungry for a chance to get access to the beta flocked to everyone’s channels; streamers streamed, viewers viewed, and all seemed relatively above board and operating as it should.

The issue came about due to a Valorant key having a very low chance to drop for viewers making for a limited supply, and demand was through the roof. Thus, a new scheme was born that spread like wildfire; creating multiple accounts on both Riot and Twitch, and simultaneously viewing as many streams that had drops enabled as possible. It began coming to light on Reddit and Twitter, with many claiming (and proving) to have made well over twenty Riot accounts for this event alone in the hope of receiving a key drop. A hefty number of Twitch accounts were also created, all with interesting names such as ‘ValorantFarm10023’.

Twitch says their daily active users passed 4 million today, but a substantial number of these viewers appear to not be real. Is it strange to market drop enabled days of major titles as record breakers or gains for the platform? pic.twitter.com/rKz2h6pUUv

@Twitch you gonna do anything about the people botting for valorant codes. Litteraly tens of THOUSANDS bots.

While the numbers of viewers that were nothing more than shadow accounts is currently unknown, and likely will be unless either Riot announces how many new accounts were created when the Valorant beta finally went live (shooting themselves in the foot) or Twitch announces how many unique IPs were watching Valorant streams (thus shooting Riot in the face), it’s difficult to discern. The vast majority of users that announced that they were conducting some form of view botting typically sees reports of over 20 accounts all attempting to farm keys from Twitch, although it’s highly unlikely that everyone has a minimum of twenty accounts simultaneously watching various streamers. Using combinations of VPNs, different browsers, blocking cookies, and a slew of other tricks has ensured that view botting is undeniably prevalent for the first-person shooter.

Using that math, Valorant actually had 80,000 viewers this weekend, but it’s frankly far too suspect of a figure to state with any authority, even when using my brilliant Fuzzy Math methodology that I’ve used in the past. It’s impossible to say the precise number of users that are actually interested in Valorant due to how Riot has ingeniously constructed this entire event, which gives Riot plenty of leeway when talking to investors for their incoming esport based on the game; 1.6 million viewers for a closed beta has a nice ring to it when you’re talking to suits that don’t understand anything about video games.

The farms have already begun their harvest, as well; a multitude of accounts began offering access to Valorant by selling a Riot Games account to other users in Twitch chat, with accounts being offered for as high as $100 to gain access; this tactic is likely to continue as the week progresses, although the going-rate for Valorant access is likely to drop off. The problem for many is that it’s impossible to say just how popular Valorant currently is when you look beyond the facade of 1.6 million. No one is likely going to break the silence any time soon, either.

Dec 17, 2020 Chris Miller 6660
MMOs are a unique breed of titles; they encourage constant play in the title with a staggering amount of content, taking advantage of the fear of...