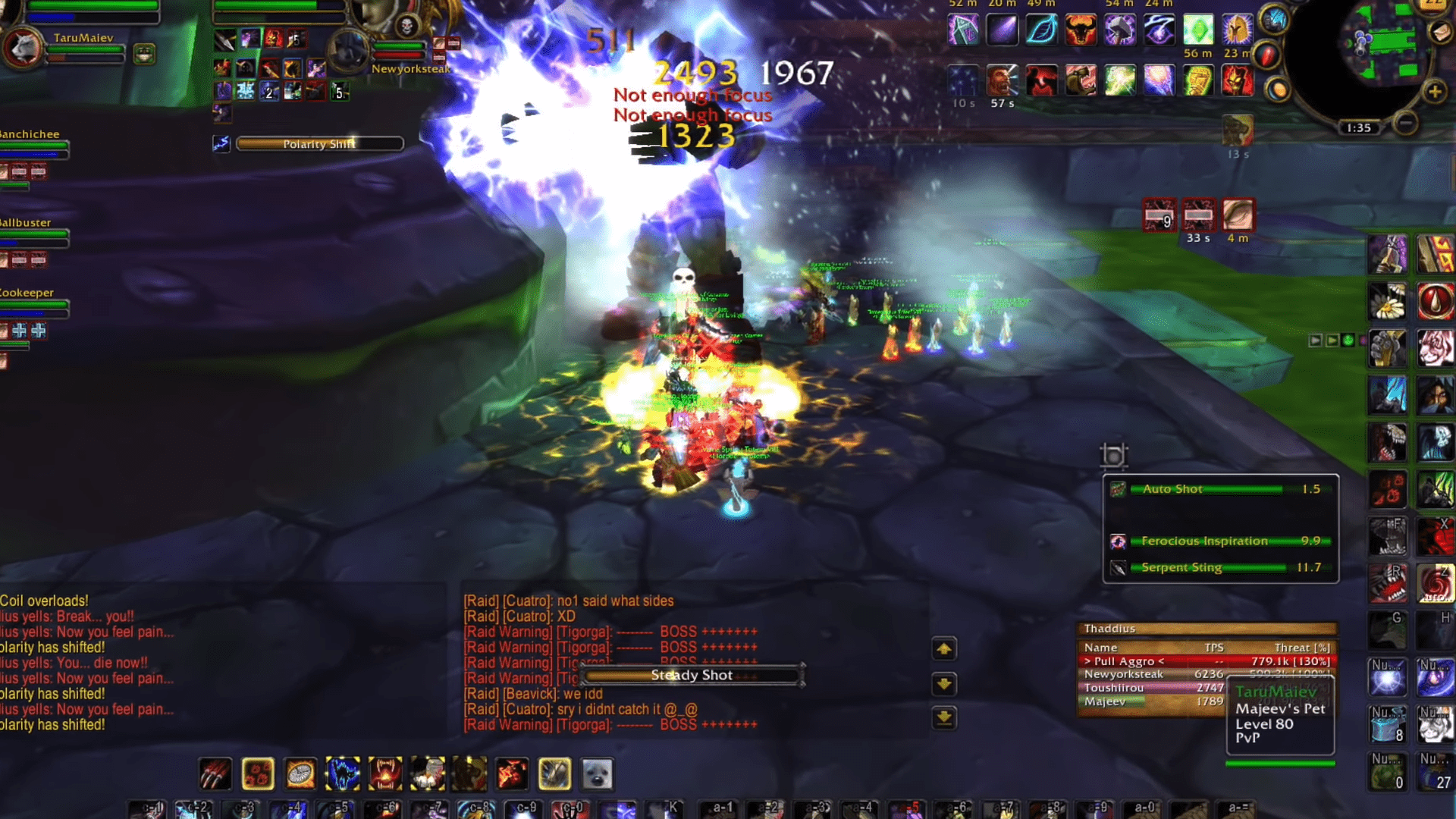 September 13, 2005; World of Warcraft released a new raid of Zul’Gurub and its final boss, Hakkar the Soulflayer.  There was a debuff that Hakkar inflicted called Corrupted Blood, which would drain the health of players, and spread to nearby friendly players as well.  The counter was obviously to physically step away from the group, and either wait for a healer to counter the debuff or for it to wear off on its own.  The entire ordeal of being afflicted, and then it either wearing off or being healed, should have taken ten seconds at most.

There was a bug involved in this process however; pets and minions could take the debuff outside of the raid, and players weren’t realizing that they could soon release a virtual worldwide epidemic by leaving the arena.  Once pets and minions began carrying the debuff outside of the arena, it began to afflict the contagious spell onto unsuspecting players around World of Warcraft, killing many lower levels outright.

It became a plague that affected the entirety of the World of Warcraft player base, and everyone was desperate to avoid it.  It changed what was ‘standard gameplay’, as players would refuse to go into cities and hide in the outskirts.  Some individuals found humor in infecting as many as they could, since they were already infected as well, and would infect everyone they could find.

Is this a coincidence??? #ChineseNewYear2020 #coronoavirus
https://t.co/jb3b34ivhn

The Corrupted Blood incident is actually studied by doctors and scientists alike, as plausible implications of how the world would react if an epidemic were to hit.  The model, of course, had its critics, as some epidemiologists refuted the idea that those that were infected would willingly endanger other humans, but it became a standard college-level study regardless.

There is an entirety of one Biosafety Level 4 institute in the entirety of China, in a place that has been theorized by many to contain bioweapon research for the staunch anti-rights nation.  This place is the Wuhan Institute of Virology, and is located eight miles away from where China is claiming the outbreak began.  Coronoa Virus currently has a mortality rating of roughly 3%, in comparison to SARS that had a 10% mortality rating (meaning it would kill one in ten).

What began as a contained virus in a heavily populated city in China began spreading surprisingly fast, as many Chinese tourists hid their symptoms in an effort to travel, apparently, as far as possible.  Various news outlets have reported that it appears as though many Chinese citizens are making a concentrated effort to bring the disease well beyond Wuhan.  Reports of infected tearing off the masks of medical workers to spit in their faces, ensuring they come in contact with the disease, have plagued Reddit and 24-hour news streams around the world.

Infections have been confirmed in a surprising number around the globe; Chicago is the most recent city to confirm the disease, and every single individual infected is expected to infect at least fourteen healthy individuals.  As hospitals in Wuhan are beginning to show photos of bodies piled in the hallways, and the infected seem determined to bring the virus as far as possible, all we’re missing now is for Blizzard to start trying to roll-back the servers of reality.