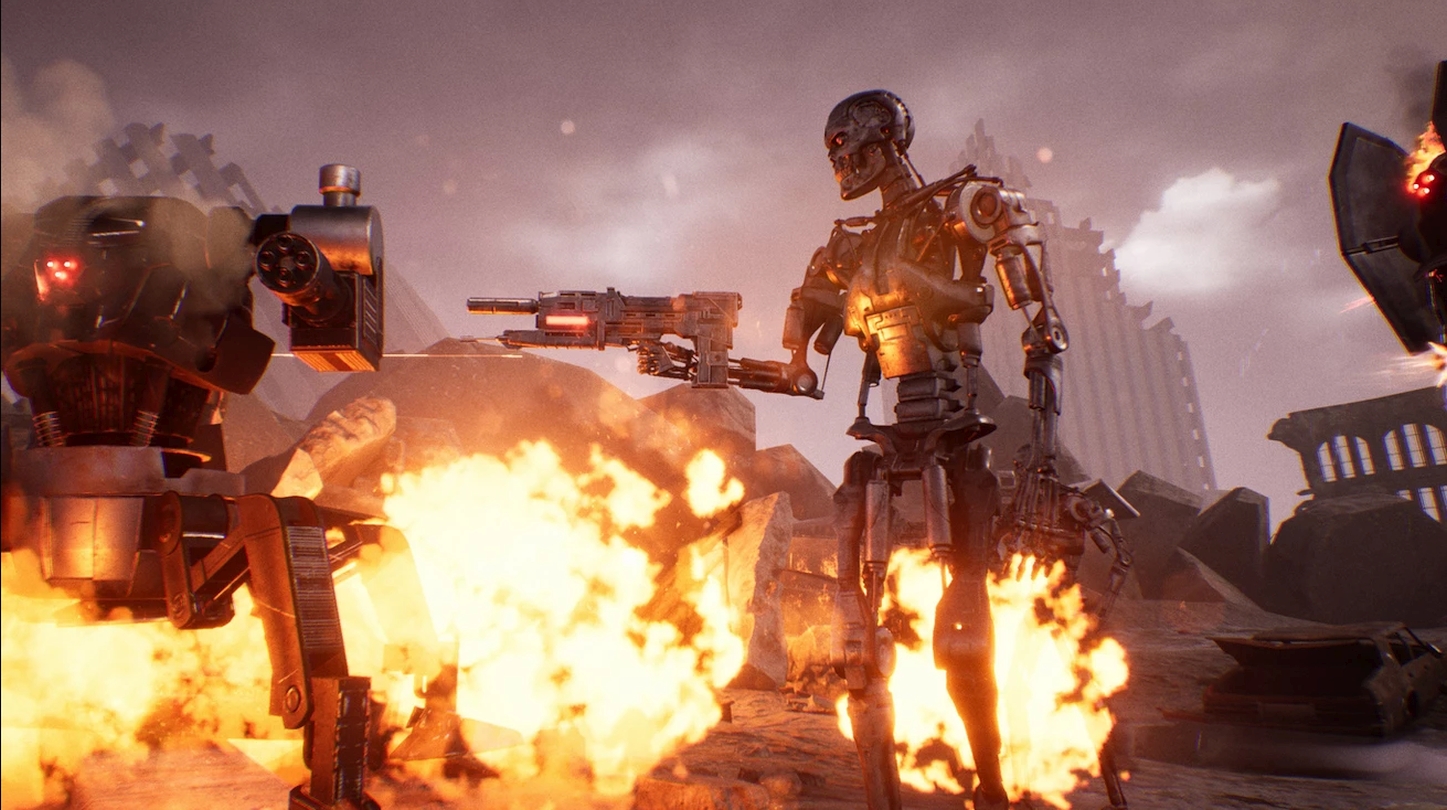 Terminator: Resistance Enhanced is a new version of the game that will take advantage of the capabilities of the PlayStation 5. The title will have improved frame rates and graphical fidelity, faster load times, and use the new hardware features of the DualSense controller.

RELATED: Voice Actor For Joel Thinks 'You're Not Ready' For The Last Of Us Part II

The game will have all of the updates that were on the PC release. Players on the PlayStation 5 will also get to enjoy the “Infiltrator Mode” and become a T-800 series Infiltrator.

Terminator: Resistance was initially released on PC, PlayStation 4, and Xbox One in November 2019. The FPS game is an officially licensed title set during the Future War.

Terminator: Resistance is set in post-apocalyptic Los Angeles 30 years after Judgement Day. The game introduces a brand new hero into the franchise named Jacob Rivers. He serves as a soldier in the Resistance effort led by John Connor.

Jacob begins as a lowly private without much experience. However, he has been specifically targeted by Skynet and marked for termination. However, Jacob is determined to change his fate.

The game contains run and gun or sneak and hack techniques to get through Skynet’s defense. Players will also level up their skills, hunt for scraps, and then trade those items for more valuable items or craft them into something new.

The title further expands on the Future War that was seen in The Terminator and T2: Judgement Day films. Not only is Jacob new to the franchise, but he’ll meet other survivors that he can help change their futures.

Infiltrator Mode was a free content update added in early November. As a T-800, players have a new set of skills to breach the defenses of the Resistance soldiers. The T-800 can build up their data banks with intel from the Resistance and learn the locations of important strongholds.

The T-800’s primary goal is to find the Tech-Com Field Commander. But if the machine fails, it will have to start all over again front the beginning.

The Steam version of the game also contained a Steam Leaderboard option to see how others performed as a T-800.

RELATED: The Last Dead End Is A FPS Horror Game Finally Out On Consoles

Terminator: Resistance Enhanced launches on March 26 for the PlayStation 5.

Oct 3, 2022 Michael Gunn 140
Fans of Bloodborne are at a loss to make sense of the recent PlayStation report. For a long time, players have expressed interest in a PC port,...

Oct 2, 2022 Tom Lee 250
Without resorting to mods, one Fallout 4 player has built an enormous metropolis in the game's construction mode. The workshop provides a central...

Oct 2, 2022 Tom Lee 220
The game's franchise mode, in particular, has been hit hard by problems and malfunctions since a significant title update in September. Since its...