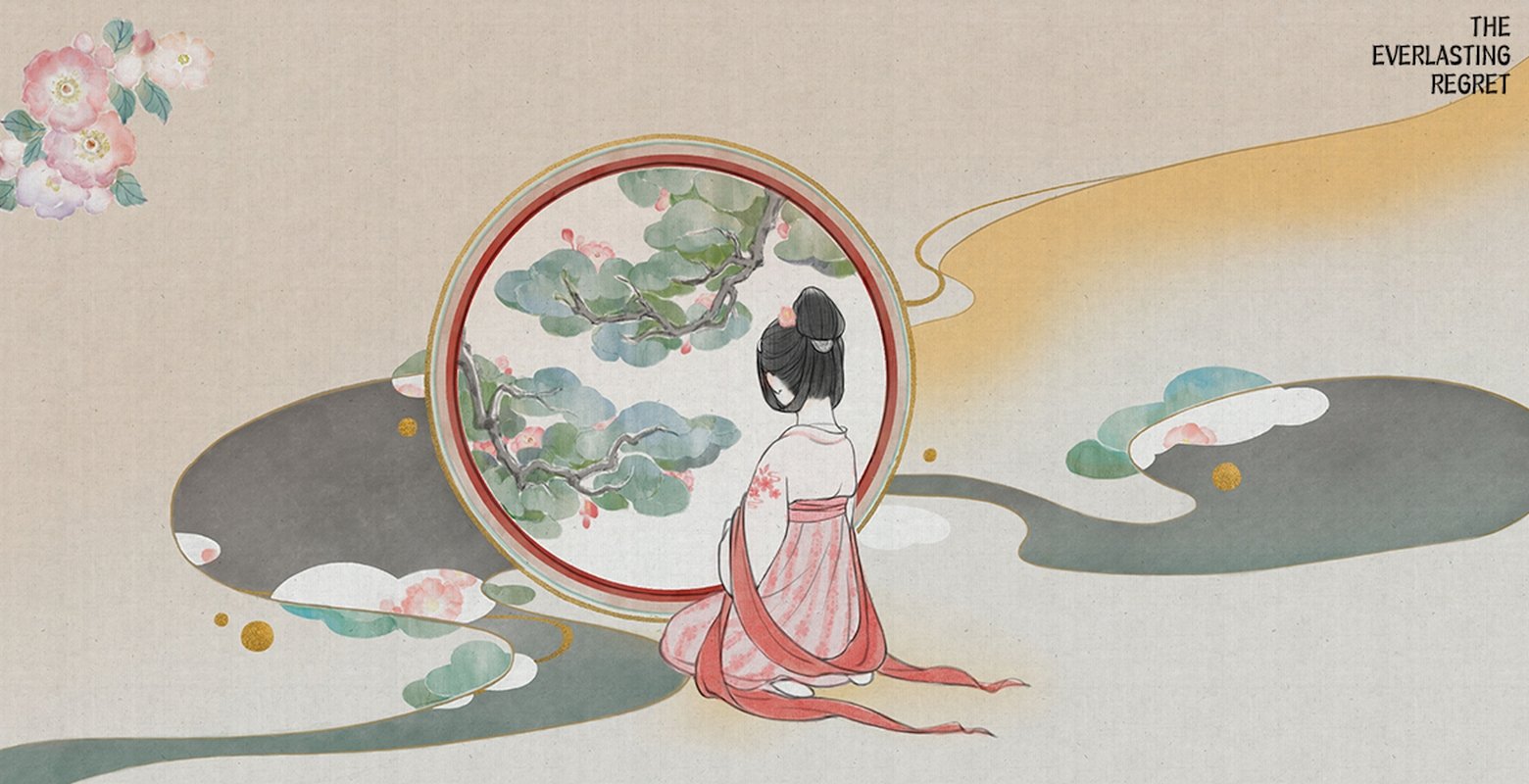 Tencent Games has released a unique interactive puzzle game on mobile titled The Everlasting Regret. The game is a video game adaptation of the classic Chinese narrative poem by poet Bai Juyi.

The game contains four chapters filled with various puzzles that tell the tragic love story. The artwork retains the style of the Tang Dynasty, which is featured in the poem. Players work to unravel the mysterious romance of the emperor of the Tang Dynasty, Tang Xuanzong.

The poem retells the love story between the emperor and his favorite concubine. Although the poem is dated in 809, the story has been retold through many live-action adaptations, music, and artworks.

The gameplay consists of solving puzzles in a variety of ways. They include altering paintings, painting artwork, and searching for paintings. The screenshots from the game on the iOS and Android app stores show some examples of the gameplay. During certain phrases in the poem, players are instructed to draw a mountain or water.

The game also contains around three achievements. Players can view their progress and see what else needs to be unlocked. For those interested in the historical aspects, players can unlock references that describe some elements in the poem.

The game is now available in more than 50 markets across the world. Players can enjoy the game in English, Chinese, Japanese, or Korean.

The game was developed by five young graduates who wanted to recreate the unique style and charm of Chinese classical poetry. This is the first step in their game development career. Tencent hasn’t released additional information about who the developers are and future titles the team plan.

The game is available at no cost. There are no additional in-game purchases to distract players from enjoying the game. The title is shorter compared to other games but uses a unique method to tell an interactive story. Unfortunately, it doesn’t diverge from the tragic ending but gives those familiar with the poem a new way to experience it.

Concerning the game, the team stated

We would like to make poems more fun and interactive than simply reciting from textbooks. Gaming is a fantastic medium to tell a story.

The Everlasting Regret is a free-to-play game available now on iOS and Android.