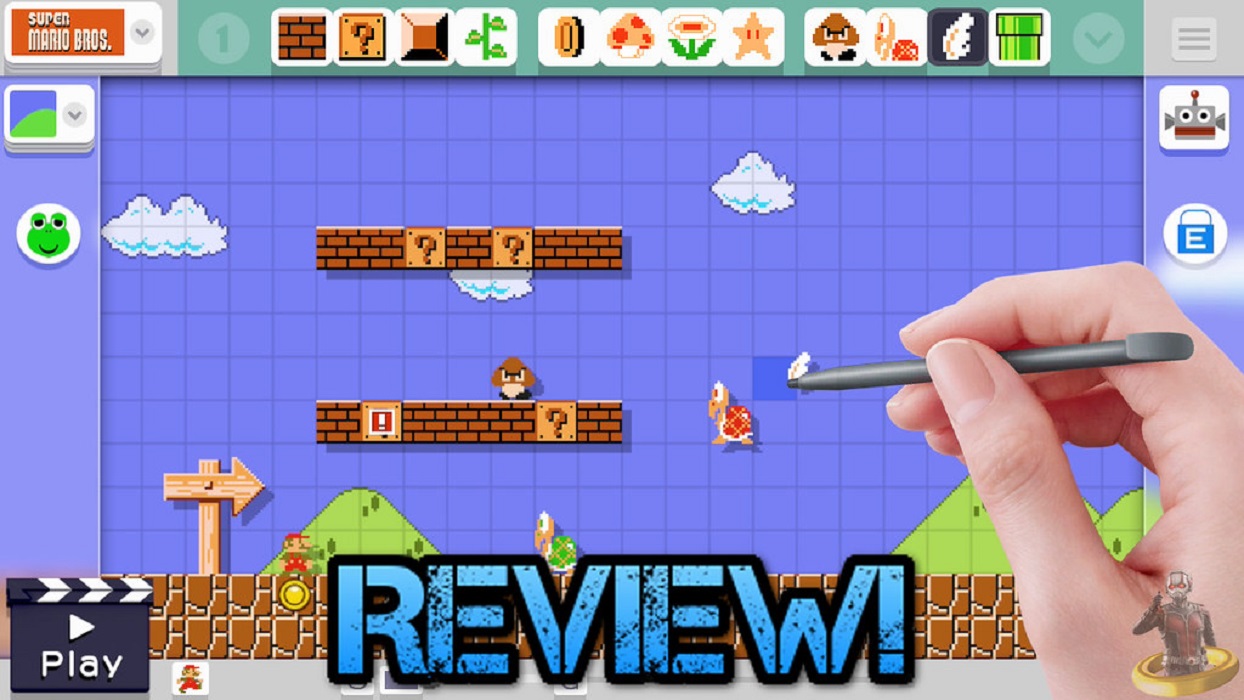 If you like building, messing around with editing tools, and Super Mario, then you probably love Super Mario Maker. It was an amazing game that gave players the chance to design their own levels. You had so many tools and resources available, leading to some truly epic stages.

When Super Mario Maker 2 was officially announced, fans were ecstatic about all of the customizable possibilities. For the most part, Nintendo has kept details about this game pretty close to their chest. That is until just recently when a Japanese poster featuring the game was leaked.

There are some important details that the poster reveals, thankfully. It shows both Meowser and Charvarrghs, two characters that were heavily featured in Super Mario 3D World. These two had a bunch of personality and are great additions to this sequel, which is coming out for the Nintendo Switch sometime in June.

As far as the poster’s visuals, they feature an 8-bit style with three-dimensional elements. It appears Nintendo is looking to give fans the best of retro and modern gaming. This is a brilliant idea that should bring some nostalgia to this game.  The poster features graphics that are so rich in color. They’re pretty spot on for a Super Mario game.

There appears to be a lot of different themes that users will have the chance to mess around with. We see Mario up in the clouds, near space, in the jungle, and on some sort of icy arctic. This variety is a good sign as far as the direction Nintendo is going in. Fans can expect a lot of layouts to customize to their liking.

Finally, we see glimpses of the editor tool that you’ll be using a majority of the game. The controls don’t look overly difficult. That’s the great thing about Super Mario Maker. You don’t need to be some designer whiz or have experience with these types of games to customize your own stage. All you need to do is use the simple tools in front of you.

Of course, those who’re new to this series will be able to take advantage of tutorials. Even if you have played the first Super Mario Maker, it might be worth looking through some guides to see what new tools there are.

These new details are great to see for this sequel. It’s getting close to June so it only makes sense that leaks like this will become more frequent. Oct 4, 2019 Alan Robinson 10280
Super Mario Maker 2 has obviously been a huge hit for Nintendo. With the ability to create the course of your dreams and share them with people...

Aug 3, 2019 Jeremy Green 5160
Being a Nintendo Switch Online member comes with its perks, much like those subscribed to PlayStation Now. As of August 7th, members will be able to...