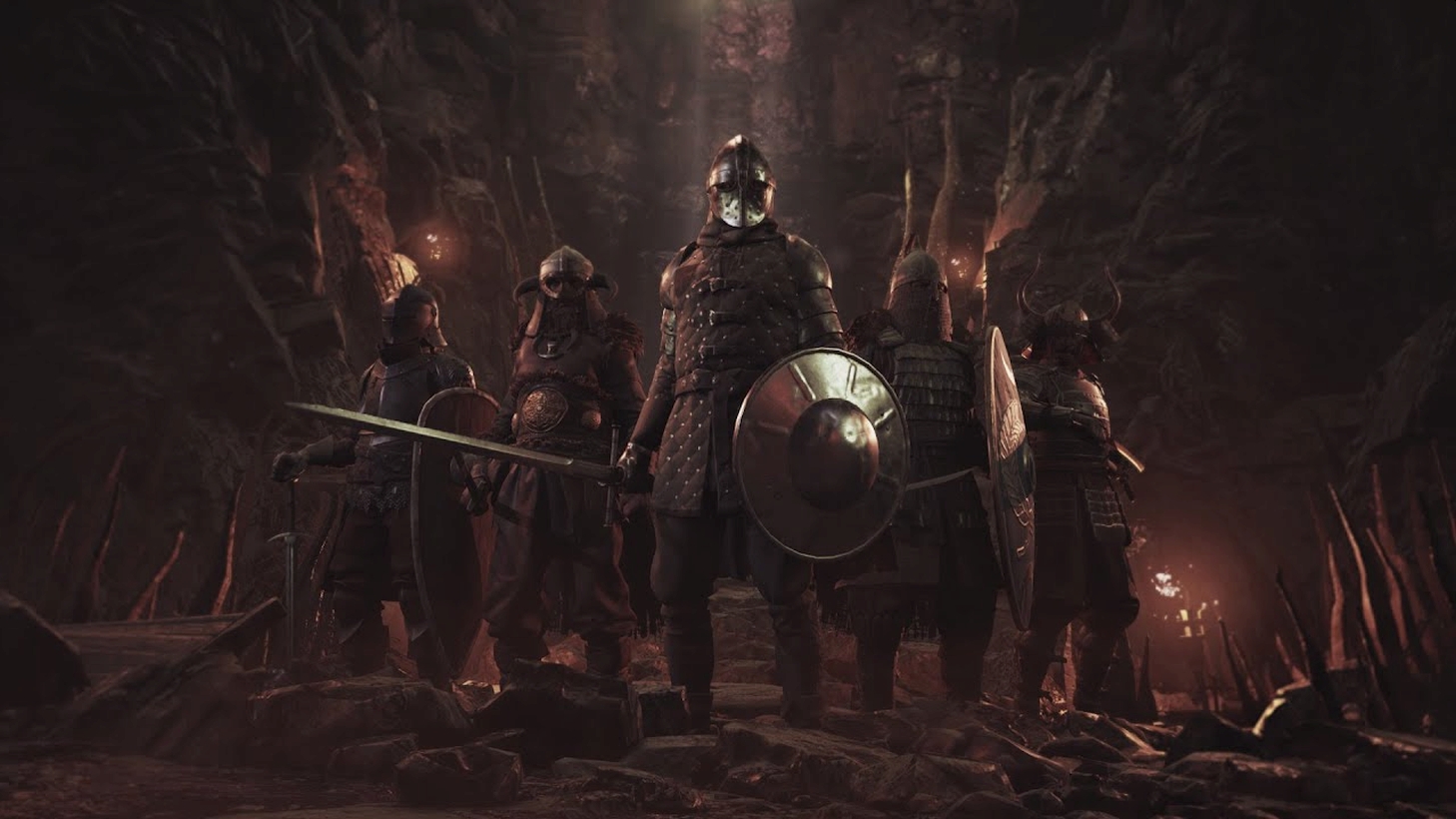 Swordsman VR continues a variety of environments to fight in, including over 100 varieties of enemies from four cultures. Boss fights await players seeking a more challenging fight.

Swordsman VR takes place one thousand years ago when medieval Earth has been invaded by The Jötunn. Most lands are enslaved under the invader, which brings together warriors from all paths of life.

At launch, the game focuses on Knights, Vikings, Mongols, and Samurai as its core players. Within these four classes are over 100 different fighter variations. Each culture of warriors has a dedicated and thematic combat environment.

The player takes control of the Swordsman, who is carrying the symbol of the Gods and has mastered an arsenal of blades. The Swordsman doesn’t belong to any of the four cultures but can wear their armor and use their weapons.

Sinn Studio has released a short teaser gameplay video via a press kit showcasing some of the fights, arenas, and opponents.

Swordsman VR focuses on physics to fight using swords, shields, and the human body from a first-person perspective. Before players strike, they’ll have to strategize before moving, or else their move might be their last.

Players have multiple ways to progress throughout the game. There are three NPCs in the main menu: the Blacksmith, the Armorer, and the Skill Master. Each has unique ways of helping players become stronger and survive until the end. More images and information about these skilled NPCs are available now on the Swordsman VR website.

The official release date hasn’t been revealed yet but is planned to release this Summer. The developer plans to launch simultaneously on Steam, Oculus, Viveport, and the PlayStation 4 store. The PSVR version may release physically, but the decision has not been confirmed at this time.

Players who want to learn about the development of the game can follow Sinn Studio on Twitter or Instagram. The developer has been busy continuing work on the game until it launches later in the year. Previously Sinn Studio has released Warzone VR, The Perfect Sniper, and Wraith.

Swordsman VR has already been in beta to work out any issues before its launch later in 2020.

Minecraft's Nether Update Is Now Live On Java, Other Platforms Will Receive The Update Later Today

Dec 11, 2020 Chris Miller 7490
You either use Facebook readily and offer up your information to the company that has been battered with lawsuits regarding the selling of...

Dec 2, 2020 Harry Alston 9390
Medal of Honor: Above and Beyond is an upcoming VR shooter from Respawn and the multiplayer trailer (out today) looks like it's set to revolutionize...

Oct 30, 2020 Chris Miller 6150
Here's a piece that can readily be pointed to in the future as corporations try to fight consumers on the right to repair their devices, locking down...