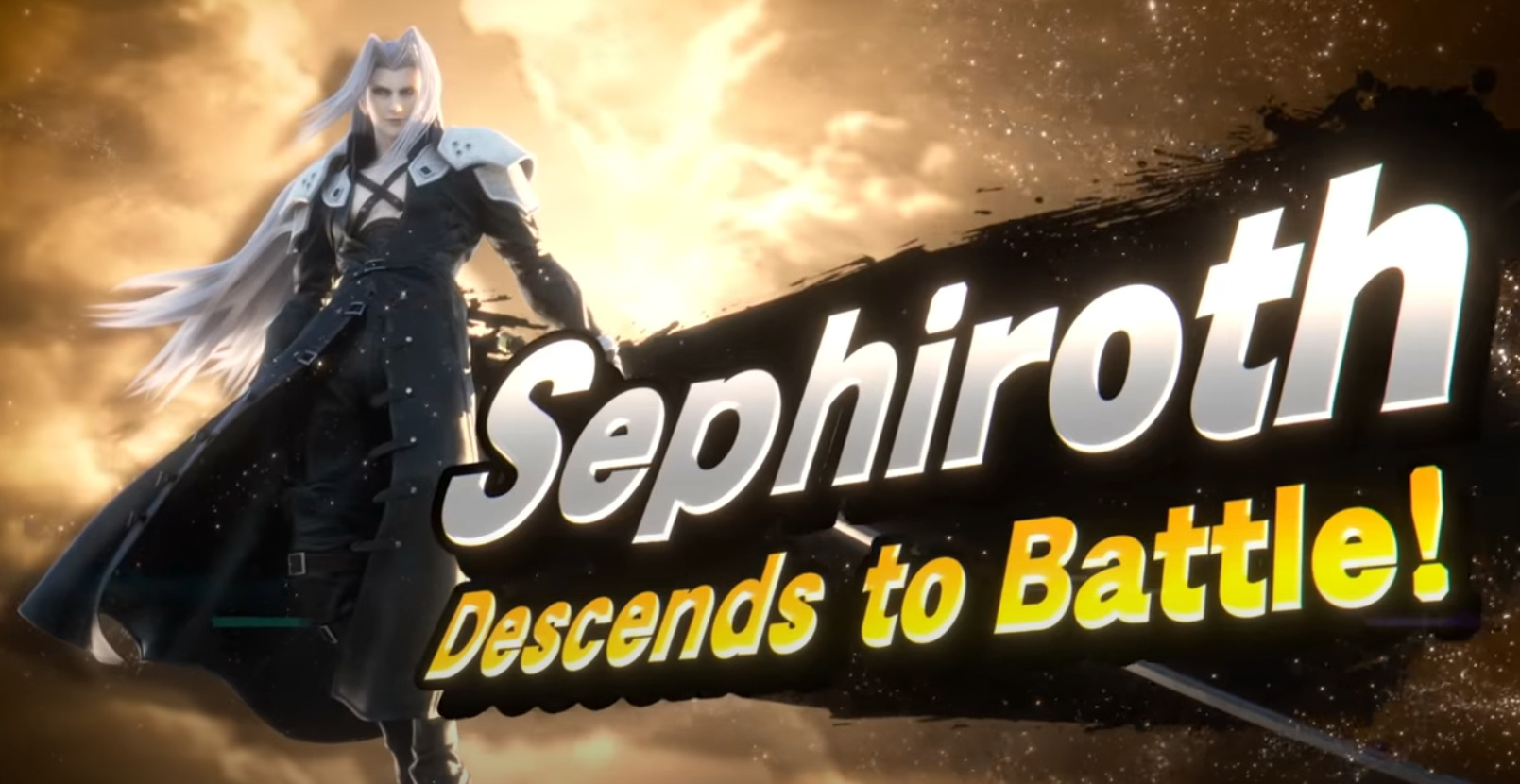 Well, there’s no pleasing everyone apparently.

When a new trailer dropped at The Game Awards, revealing Final Fantasy VII villain Sephiroth as the next DLC fighter for Super Smash Bros. Ultimate, there was a lot of excitement and nerding out going on all over the internet.

It seemed, at least at first, that this move by Nintendo was met with a lot of positive reactions, especially by longtime fans of Square Enix and the Final Fantasy series.

But an alarming number of Super Smash Bros. fans had a very negative reaction to the news, and made their opinions known online.

A lot of the outrage seems to have to do with fans having already decided in their minds who the next character was going to be.

This is a fairly common theme with Super Smash Bros. Ultimate Fighters Pass DLC announcements. Fans hype themselves up over the huge rumors that often surround this game and are then disappointed when their “head canon” is not real.

Recent theories have ranged from Crash Bandicoot to Geno from Super Mario RPG. Geno, in particular, is a recurring rumor that always gets a lot of traction and attention. Then, a persistent rumor that it would be Sora from Kingdom Hearts popped up, after a now debunked screenshot was spread around 4Chan.

Then, at The Game Awards, it was revealed to be Sephiroth.

One of the main criticisms of the inclusion of Sephiroth is that we now have yet another sword-based fighter on the Smash Bros roster. That has been a huge criticism of late, with Nintendo adding a slew of JRPG sword-wielders as DLC.

In fact, half of Super Smash Bros. Ultimate’s DLC characters are sword warriors, and many are calling for more diversity throughout the Smash fandom.

Sephiroth is a character from Final Fantasy VII, which is one of the most beloved RPG titles of all time. However, Final Fantasy VII is already represented on the Smash Bros. roster by Cloud Strife, the game’s protagonist.

With there being only so many spaces available, a lot of fans are voicing displeasure at seeing a single IP double dipping, when there are so many options out there.

The you have the Nintendo purists who are complaining that Final Fantasy VII Remake is a timed PlayStation 4 exclusive, and they want to see more Nintendo-based properties in the game.

However, it should also be noted that the original Final Fantasy VII is available on Nintendo Switch.

RELATED: Looking Into Diablo IV's Barbarian, One Of Three Confirmed Playable Classes For The Upcoming Title

Aug 19, 2022 Michael Gunn 170
Battlespire, probably the weakest Elder Scrolls game, has been added to PC Game Pass as part of the QuakeCon released this week by the newly formed...