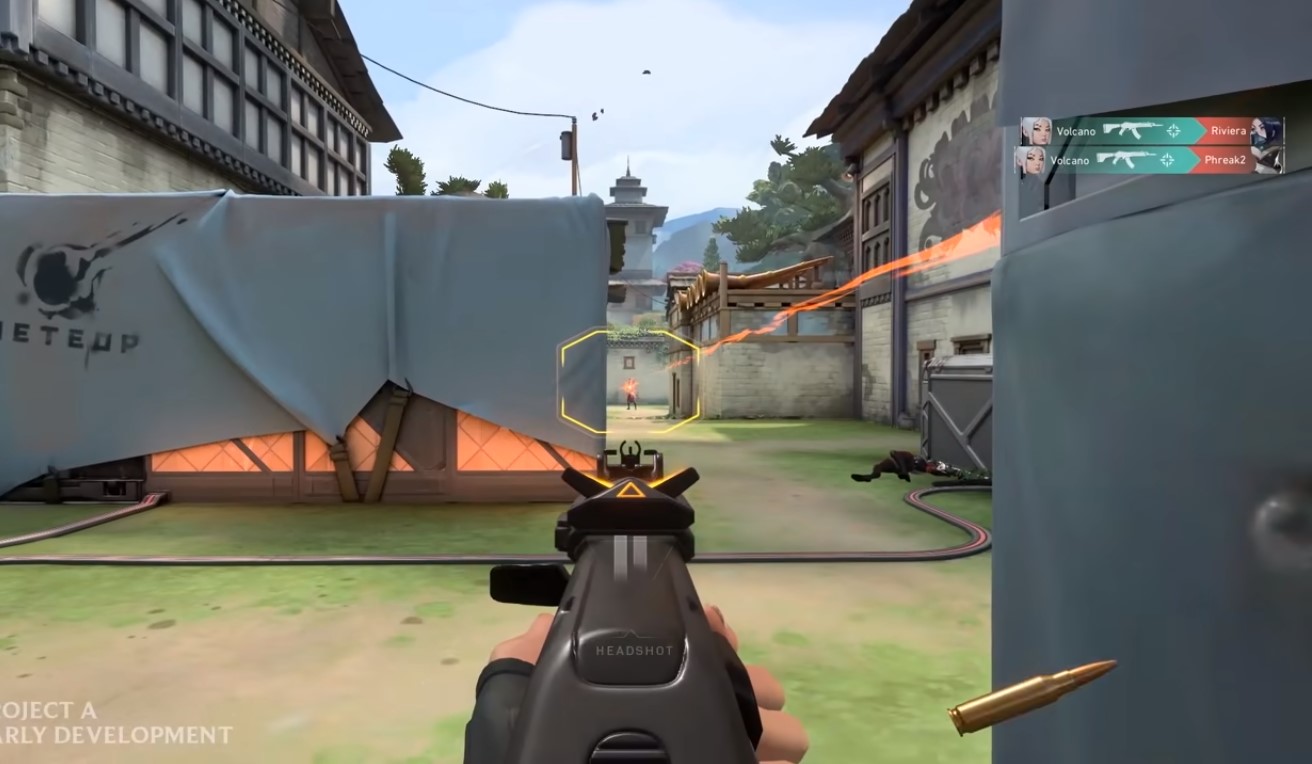 Riot Games is working on a new tactical shooter, which drew comparisons to both Counter-Strike and Overwatch.

Fans could not be faulted for thinking that Project A is a cross between the popular tactical shooter games. Those who think that the map of Project A is familiar can be forgiven for that perception. The map is developed by Sal Garozzo, who also developed the map for CS: GO. Anybody who has watched the teaser trailer will also have the same reaction.

However, the CEO for Riot Games begs to differ.

Nicolo Laurant told reporters at London’s League10 event that they are trying to blaze new trails. That means they are not mimicking the tactical shooter games that are already out in the market. While the colorful characters may remind you of Overwatch, the game puts more focus on the strategy aspect.

He said that the game is, first and foremost, a tactical shooter. Each of the heroes in Project A has their own unique abilities. Those abilities can impact on the way you play. You need to be really tactical from the get-go, meaning from the time you choose the character you play.

But Laurant said that while the heroes might have powerful abilities, the use of those lethal skills is not unlimited. Once you activate an ability, for instance, you only have a short window to use it. When that window is gone, it might put you at a disadvantage.

Project A is part of the celebration of the 10th anniversary of League of Legends. For the game, Riot Games had to create a new universe, as well as a slew of new characters. The setting is in a not too distant future.

Laurant said that while the heroes have different abilities, gunplay will bring you victory at the end of the day. The abilities will significantly give you an advantage, but you have to be strategic on how to use it. For instance, you can use a teleportation skill to create the best scenario for you to take a shot. But you can use teleportation to kill an opponent.

Think of the strategy that you might use on League of Legends and apply it in an Overwatch format.

Meanwhile, Anna Donlon, Riot Games executive producer, said Project A is no mere gimmick to celebrate the LOL anniversary. She said they aim to make the tactical shooter a staple in their gaming lineup. It is the reason why they are taking time on development.

There is no timetable yet for the release date of Project A.

Just A Few Days Before Modern Warfare: Call Of Duty Is Out, Sony Pulls The Plug On Russian At This Time

Robert Kirkman's Thief of Thieves: Season One Heading To Nintendo Switch This November