The Remake Of Doom 64 Gives Modern Gamers The Chance To Play One Of The Classics, An Official Announcement Trailer Is Out Now 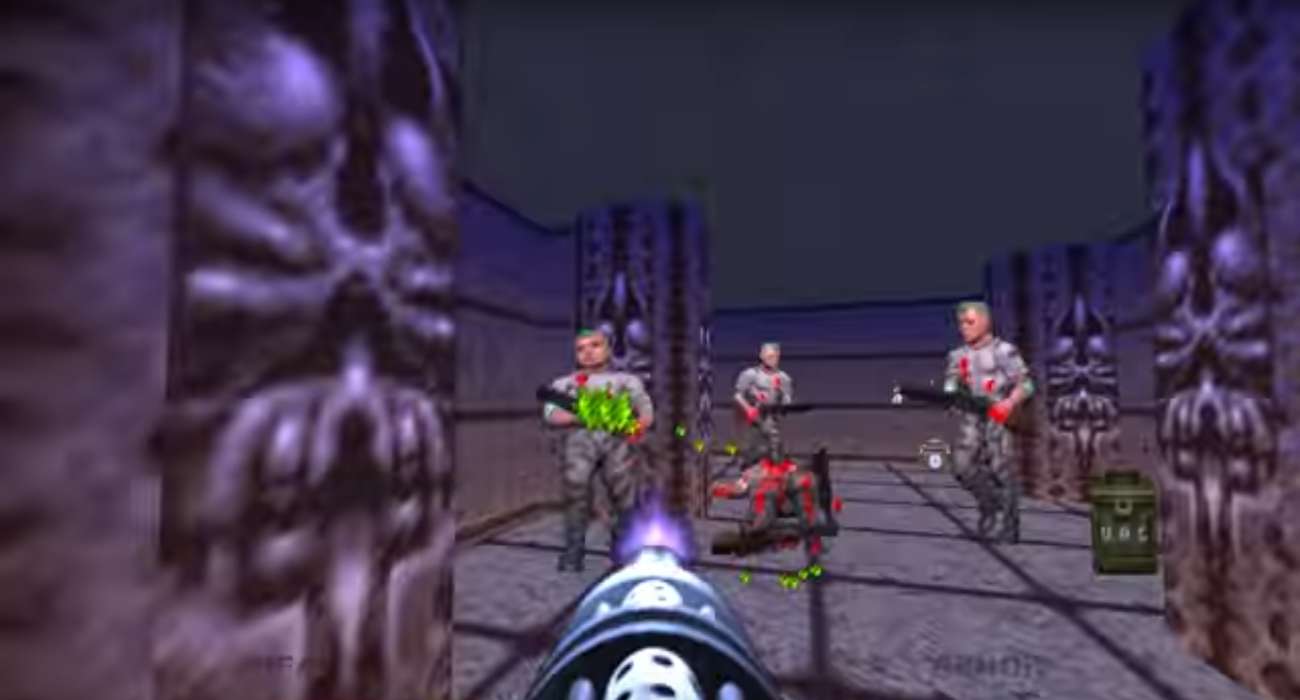 There are a lot of classic games that have revolutionized the industry as a whole. Certain games have made more of an impact than others, and you have to throw Doom 64 into the mix when discussing these classic titles. At the time, this game was truly an innovative first-person shooter. The graphics seemed amazing back in the 90s on one of Nintendo’s most beloved consoles, the Nintendo 64.

It was certainly a definitive title to own for the system. Even to this day, it’s a fun first-person experience that lets you take down alien demons in epic fashion. It has been nearly two decades since the release of Doom 64, but it’s getting polished with a remake. That’s right. For the first time ever, this classic FPS is making its way to PC. According to reports, it will be available sometime in March 2020. To celebrate its upcoming release, a trailer was just posted.

After 22 years, this classic Doom game is back and has never been better in the visual department. The graphics are much crisper, yet they still have a retro vibe. That’s not a bad thing, though. It should bring back some nostalgia, especially if you grew up playing these more simplified games back in the day.

It’s fitting that metal music is playing in the background. That’s always been an element that gamers have loved with every iteration that’s come out over the past few decades. It sets the tone for epic battles with all sorts of demonic foes.

In the trailer, we see a wide variety of weapons utilized by the Slayer. These include a shotgun, pistol, energy blaster, chainsaw, and some melee fists. Although this game is pretty old, this updated remake seems like the perfect way to get hyped for the upcoming Doom Eternal. It — unfortunately — suffered some delays and won’t be released as originally planned from id Software.

This is not ideal, but at least Doom fans can go back in time and experience one of the definitive installments in this amazing franchise. You’ll fall in love with the simple, yet addicting combat mechanics. Like every other Doom game, there are many weapons to master and bosses to defeat.

If you haven’t yet played Doom 64, experiencing it for the first time on PC with upgraded visuals seems like the best possible scenario. You’ll experience demon killing in grand fashion before Doom Eternal takes the franchise in a bold direction.

Sep 13, 2022 Tom Lee 850
A user has released a video of the classic Doom running in Mojang's open-world sandbox game, demonstrating that almost anything can be done in...

Aug 14, 2022 Michael Gunn 1370
After 28 years since Doom 2's release, modders are constantly coming up with new and creative ways to play with it. Divine Frequency follows suit by...

Aug 12, 2022 Michael Gunn 2290
Id Software has been discreetly reorganizing its enormous Steam catalog of vintage titles. The firm has started combining the numerous Doom and Quake...