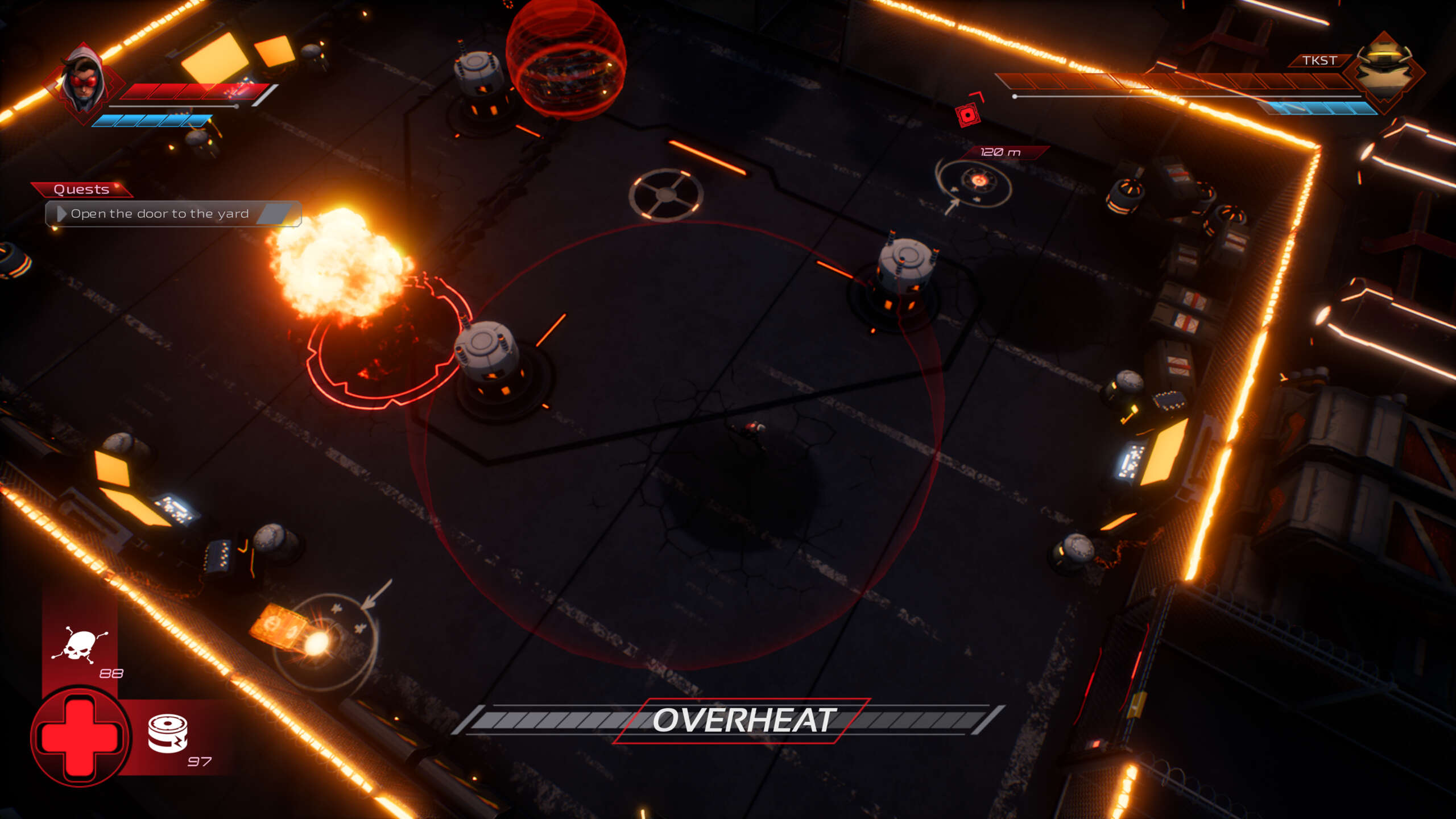 From developer ON3D Studios comes the title Quantum Replica. This title is planning to be ported over to Console audiences as of next year after a successful life on PC through Steam. This is a cyberpunk world where players must take on an organization known simply as the Syndicate.

This title is planning to release on Nintendo Switch, Xbox One, and PlayStation 4 as of 2021. It is a fast-paced action title with a heavy cyberpunk theme. Control time, enjoy stealth and explore a strange world from this development team’s vivid imaginations.

In Quantum Replica, players hide within time as they explore a massive cyberpunk metropolis. Uncover the secrets of the Syndicate and learn about the Quantum Replica in this fast-paced stealth-action experience.

The year is 2084 and the world is ruled by a ruthless corporate alliance known simply as the Syndicate. Enter a world driven by neon lights as the citizens scratch out a living and try to survive under a corporate thumb.

You play as Alpha, a young man who awakens to a world with no memory of it. After being plunged into a strange conflict, Alpha must find a way to cross the city and learn about his past and future.

Manipulate time and try to evade the cities AI defender. As you defeat the guards that it sends after you, you will slowly learn the truth about your existence and your ability to manipulate time.

This is a fast-action stealth adventure in a city with 5 distinct zones. Unlock additional overpowered abilities that will help you overcome hostile environments. The city is literally hunting you down, and only through your own skill and gadgets can you outsmart your dedicated enemies.

Each level of this game comes with a powerful boss that must be defeated to progress. Similar to many run and gun shooters, these bosses rely on careful maneuvering and fast-firing as it will take work to bring them all down.

This title has been enjoying a mostly positive status on Steam since its release in 2018. There is tons of potential in this game as a concept alone, its execution can be shaking but the story is intense enough that many fans enjoy it.

Quantum Replica is available on Steam. The title is planning to be ported to Xbox One, PS4, and Nintendo Switch in 2021. There is no set release date for this as of yet, but it is believed to be closer to the beginning of the year.

Aug 11, 2022 Tom Lee 160
The third and final Anniversary Remix event for Overwatch has begun, when famous legendary and epic skins from the game's history will receive...