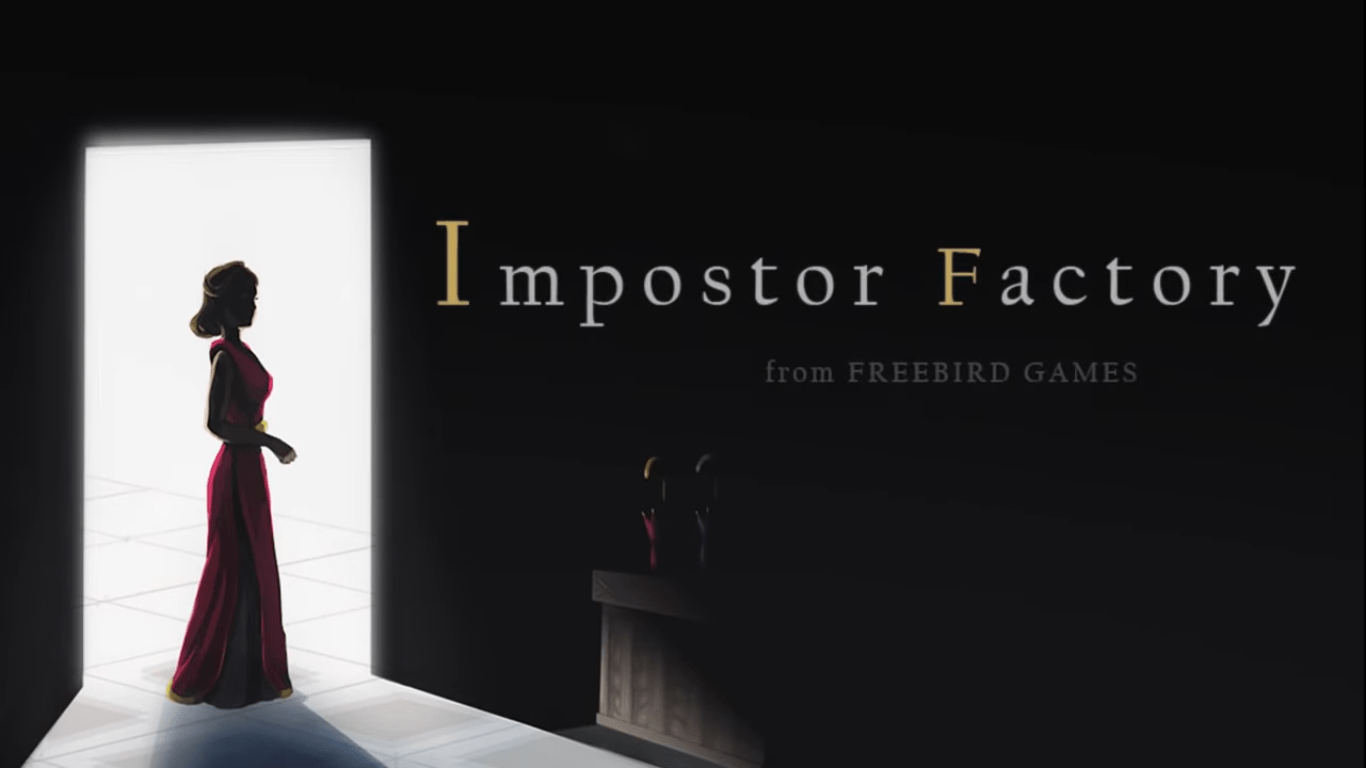 Impostor Factory is the new fame from Freebird Games, and it is very different from its predecessor. The company is taking a strange detour from its tear-jerking content and creating something that is strange, to say the least. Freebird is calling it “a time-resetting thriller-mystery that involves a series of bloody murders.” This is very different from To the Moon and Finding Paradise, which revolved around regrets and final wishes.

A trailer released for the game takes a closer look at what is to come. Information is blurred as the game is being referred to as both To the Moon 3 and Impostor Factory. Although the developers do explicitly state that the game is part of the original series is also being labeled as Episode X rather than sticking with 3. The game itself is creating a mystery before its mystery is even revealed.

The game presents several strange facts, and the few quotes from the developers only go to make it stranger. Freebird founder Kan Gao said that “Impostor Factory is a bonkers time-loop tragicomedy murder mystery sci-fi thriller with multiple casualties and a suspicious cat, from the creator of To the Moon.”

This is a strange way to describe any game, but it does sound fun. The description on Steam is equally as confusing. It makes direct reference to Dr. Rosalene and Dr. Watts from the first two games. It does not say how they connect to this story, but knowing they are involved does set it in the same world.

It does go to clarify that this is not a story about Dr. Rosalene or Dr. Watts. Instead, it is apparently about a man named Quincy. This man has been invited to a very fancy party at an oddly secluded mansion, and oh yeah, there is a time machine in its bathroom.

“Quincy could wash his hands and time-travel while he was at it. Talk about a time-saver! But of course, then people start dying because that’s what they do. And somewhere along the way, things get a little Lovecraftian and tentacles are involved. Anyway, that’s around 1/3 of what the game is really about,” reads the Steam page.

Aside from a strange description and weird jokes being made, not much else is known about this title. It could be a sequel or even a prequel, or maybe both in some weird way. No one knows, but Freebird has emphasized that this is a standalone game and does not require knowledge of the previous installments to understand.

Freebird has also said that this game will mark the end of an era for the studio and the To the Moon series. Fans are expecting it to be released late in 2020, but the developers have not given a hard answer as to when.

Regions of Ruin Is Coming To Nintendo Switch, Xbox One, And PlayStation 4 This December, Battle To Victory In This 2D Side-Scrolling RPG About Dwarves