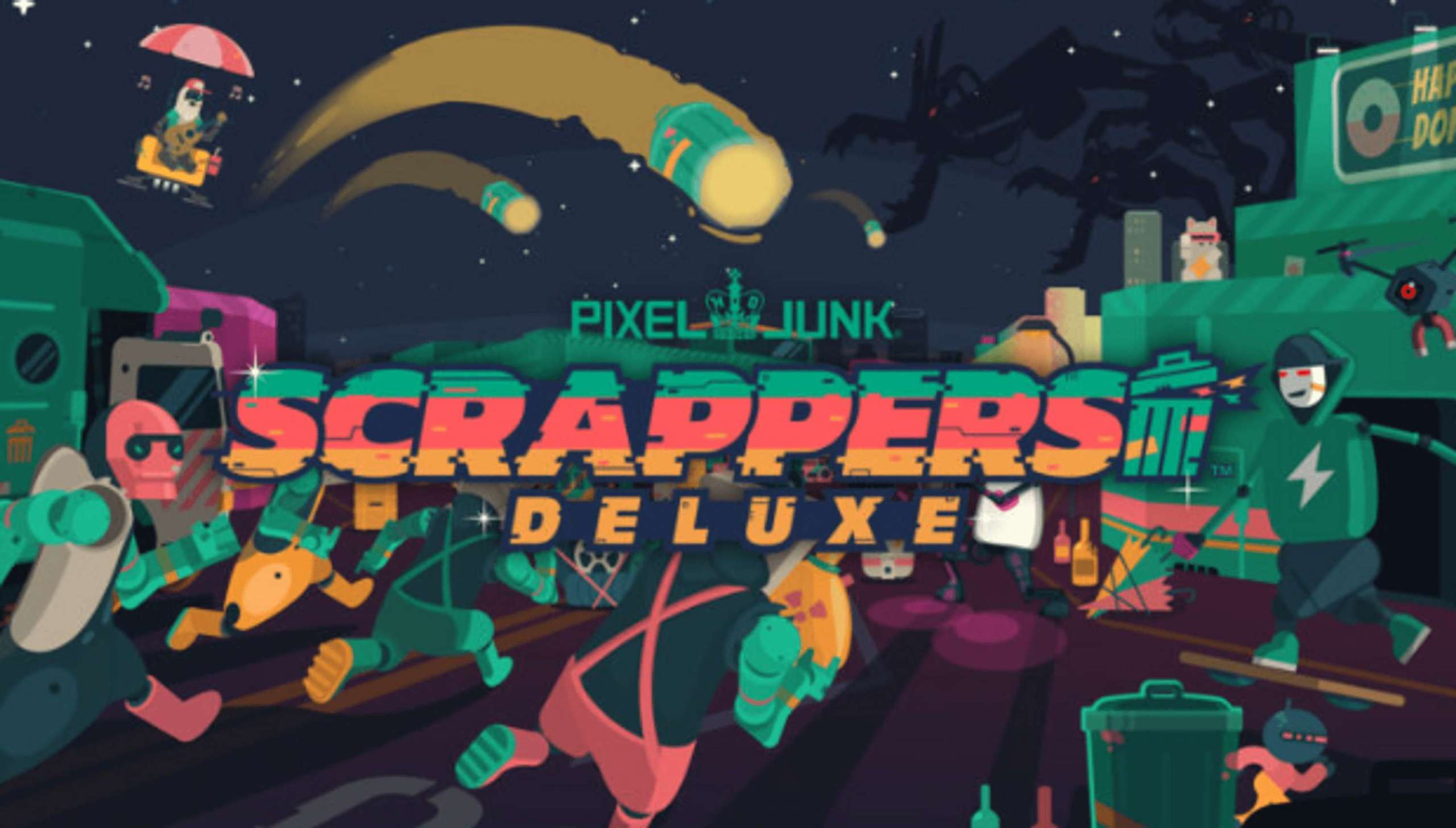 The game, which is an enhanced version of PixelJunk Scrappers, which was previously only available on Apple Arcade, is the most recent entry in the PixelJunk brand.

You take on the job of a scrapper, a futuristic humanoid rubbish collector. After humanity has perished, the city needs to be cleaned up. Competitors will attempt to overtake you in the race for the reward at the same time.

As you advance through the ranks, you may unlock a variety of characters, weapons, and truck parts in the game, which also supports local and online co-op for up to 4 players.

Play as the Scrappers, a team of robotic trash collectors striving to clean up a filthy city in the not-too-distant future. Sweep the streets on your own or put together the ideal team of up to four players. In Junktown, time is money, so pile that rubbish high and give it to your team to increase productivity for more rewards.

The collection of trash is only one aspect of the task! You must eliminate robotic adversaries who attack and meddle while maintaining the schedule.

Its key characteristics discover five thriving, distinctively designed locations with more than 25 stages. Learn how to collect trash quickly and frantically by yourself or with up to four other players.
Enables both local and online cooperative play. Gain access to a variety of melee and ranged weaponry by mastering numerous fighting techniques. No two playthroughs are the same due to weapon drops. Create a unique look for your garbage truck with over 100 specialized pieces. For your roster, unlock and hire a variety of Scrappers.