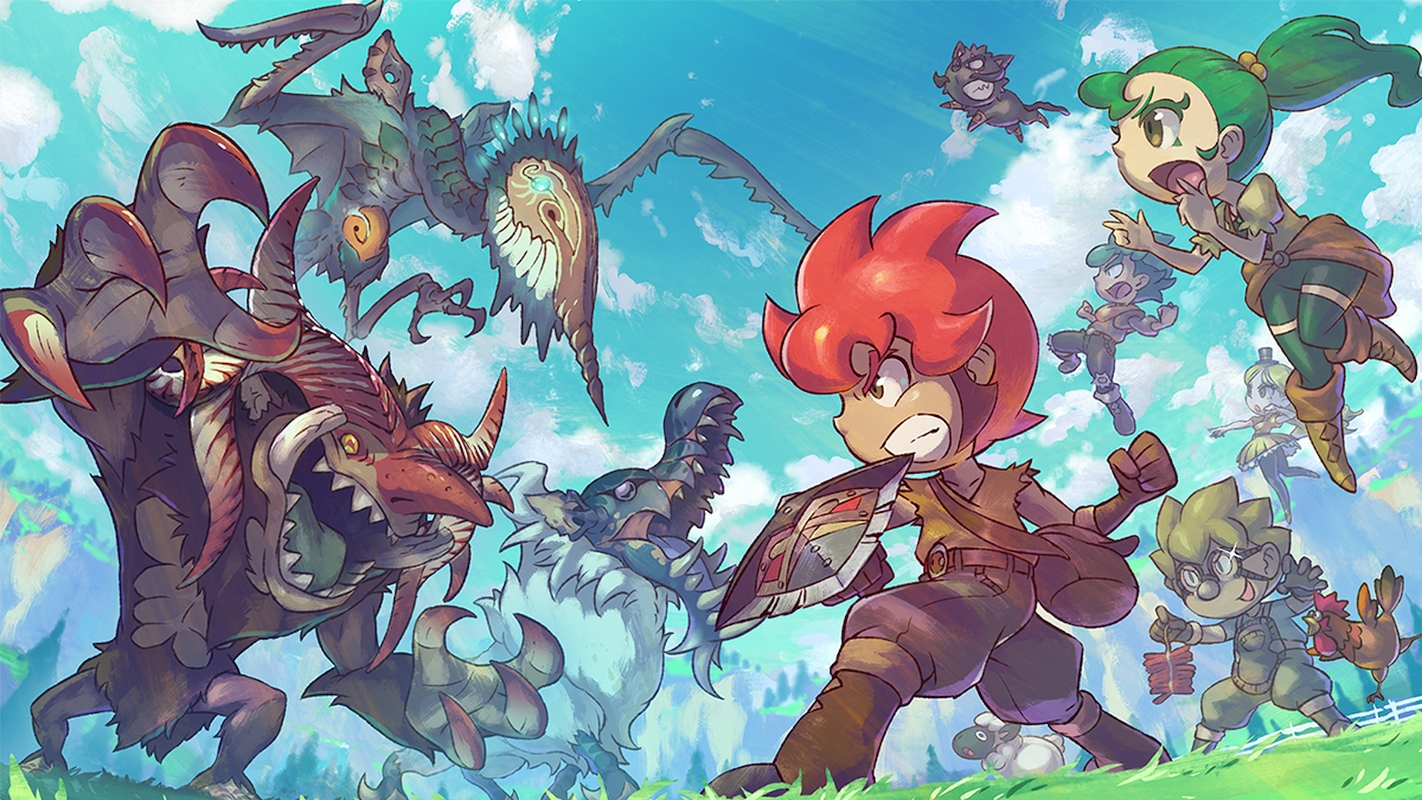 Little Town Hero is an original story created by Game Freak, the development team known for working on Pokémon, with music by Undertale creator Toby Fox. The game was initially released on the Nintendo Switch in Oct 2019.

The game was initially released as a Nintendo Switch-exclusive, but not the game will see a release on the PlayStation 4, but only in Japan.

“The story is set in an isolated village on the edge of the world. The only gate leading outside is heavily guarded by a castle, and the villagers are not allowed to leave. Most of the villagers don’t give it a thought, and happily go on with their everyday lives. However, the protagonist is a little different from the others – he wants to see the world outside. One day, a “Monster” appears in the village, shocking everyone because until then, no one knew such creatures existed. The protagonist is able to fight it using a mysterious Red stone he found in the coalmines. In the course of his defense of the village, he gradually unravels secrets of how the stones and the monsters came to be…” states the official Nintendo Switch game summary.

Little Town Hero was born from Game Freak’s “Gear Project” initiative. The team encourages new ideas and original games while development is slow on other projects.

The game is different from other RPGs because there is no level grinding. Players have to strategize when fighting each of the new monsters. Players will have to try out new ideas, earned from helping villagers, to win against the creatures.

Rainy Frog, a Japanese publisher, has announced they were publishing the physical version of Little Town Hero in Japan. Along with the Nintendo Switch physical version will be a PlayStation 4 port. The PS4 version is a digital download with no current plans for a physical release. It will also include a new difficulty mode that is easier than the others.

Little Town Hero was created with a “Compact story progression designed with the busy gamer in mind.”

While a PS4 port was announced in Japan, there are no plans to release it outside of Japan yet. NIS America previously announced a limited collector’s physical release called Little Town Hero: Big Idea Edition with physical merchandise including an art book, badge set, soundtrack, and poster.

Little Town Hero is available now as a digital download in North America for the Nintendo Switch.

Oct 29, 2022 Tom Lee 420
In honor of Halloween, a Pokemon enthusiast carved a Chandelure into a pumpkin. Every October, gamers worldwide carve their favorite video game...

Oct 26, 2022 Tom Lee 660
In talking about the new dog monster in Pokemon Scarlet and Violet, enthusiasts have pointed out that its ability presents a significant missed...