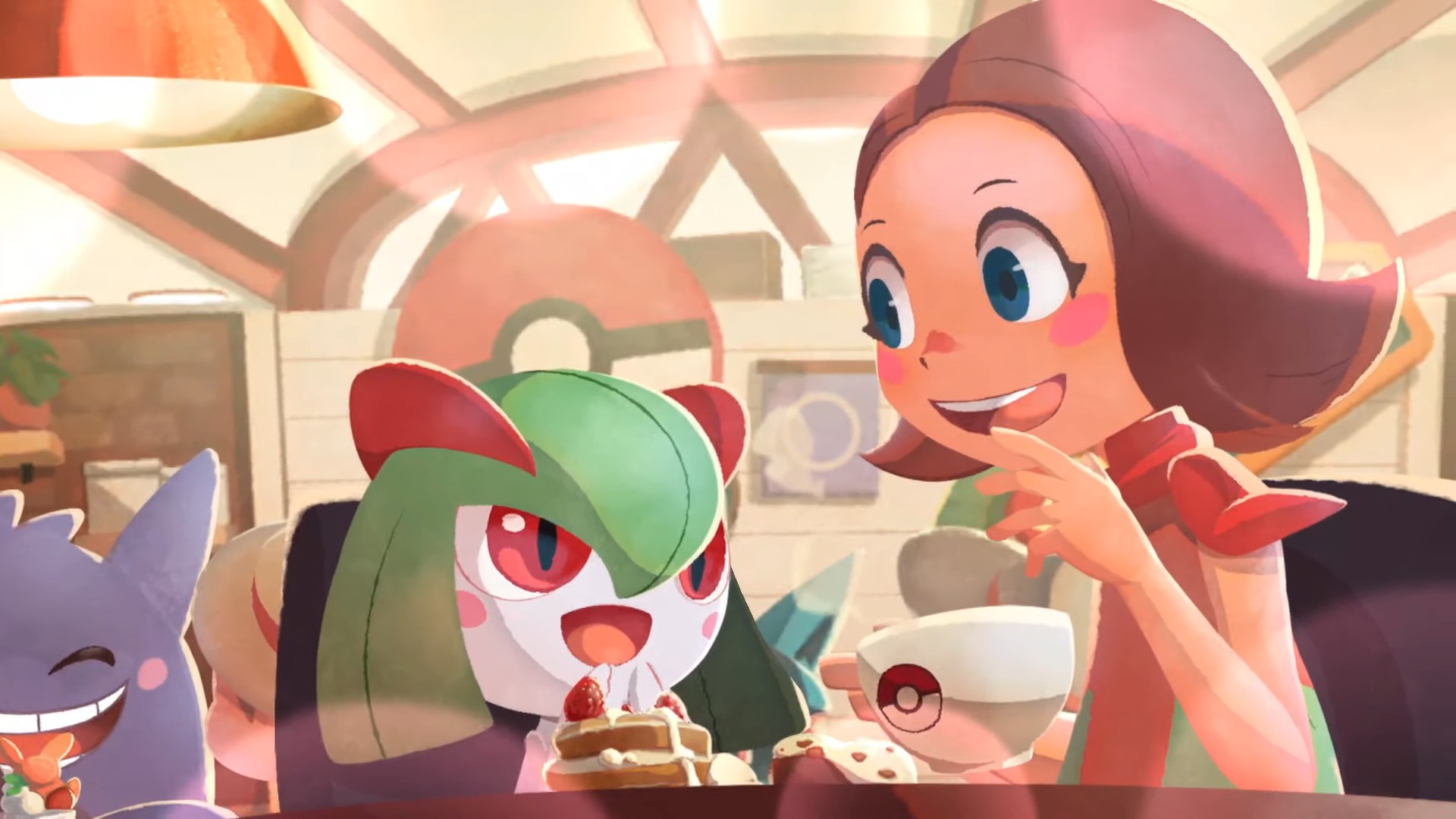 Yet another addition to a series of mobile Pokemon spinoffs, Pokemon Cafe Mix officially released on June 23rd. It is available for Nintendo Switch and on the Apple Store as well as Google Play.

Now that it is officially downloadable, how does it stack up to ultra-successful predecessors like Pokemon Go? This game has a fun rewarding gameplay loop, but the graphics and type of gameplay will likely lend itself well to a younger audience.

One of the most obvious appeals of the game is the cutesy graphic style, seeing all the different Pokemon visit your cafe (especially once they adorn the cafe uniform) is a visual delight. Each day, there is a daily stamp board that awards various in-game currency and prizes, meaning there is an incentive to pick up and play every day.

The actual game involves dragging together matching icons of various Pokemon faces. Dragging them together will create large combo chains that net the players some points. There are certain blocks that can either be destroyed by chaining a combo next to them three different times, or by using a Pokemon helper’s super ability.

Every Pokemon that works alongside you in the cafe has a unique ability that will help you out in a pinch. Although the actual abilities can basically be boiled down to the Pokemon instantly breaking a group of blocks for you. Another cafe employee named Leah (who is basically the tutorial character of the game) also has a special ability of her own to help you out.

Each time you play, a Pokemon will visit your cafe and request different types of food or drink. The type of food you create has little actual impact on gameplay, instead the different orders change the type of combo or block you need to break. Sucessfully completing the order by solving the puzzle will net you some friendship points with the Pokemon customer.

Earn enough of these friendship points, and these Pokemon customers can eventually turn into Pokemon partners. This is the most rewarding part of the game, as you have the opportunity to work alongside some fan favorites. Additionally, they adorn the aforementioned cafe uniform, which is absolutely adorable.

All in all, the game is cute and fun. So far, the monetization doesn’t seem too pushy or absolutely necessary to play the game either. It does get a bit repetitive, and the gimmick is definitely centered around just how cute the actual Pokemon are, which is to be expected for this type of mobile game. It’s worth at least picking up for a few hours of novelty.