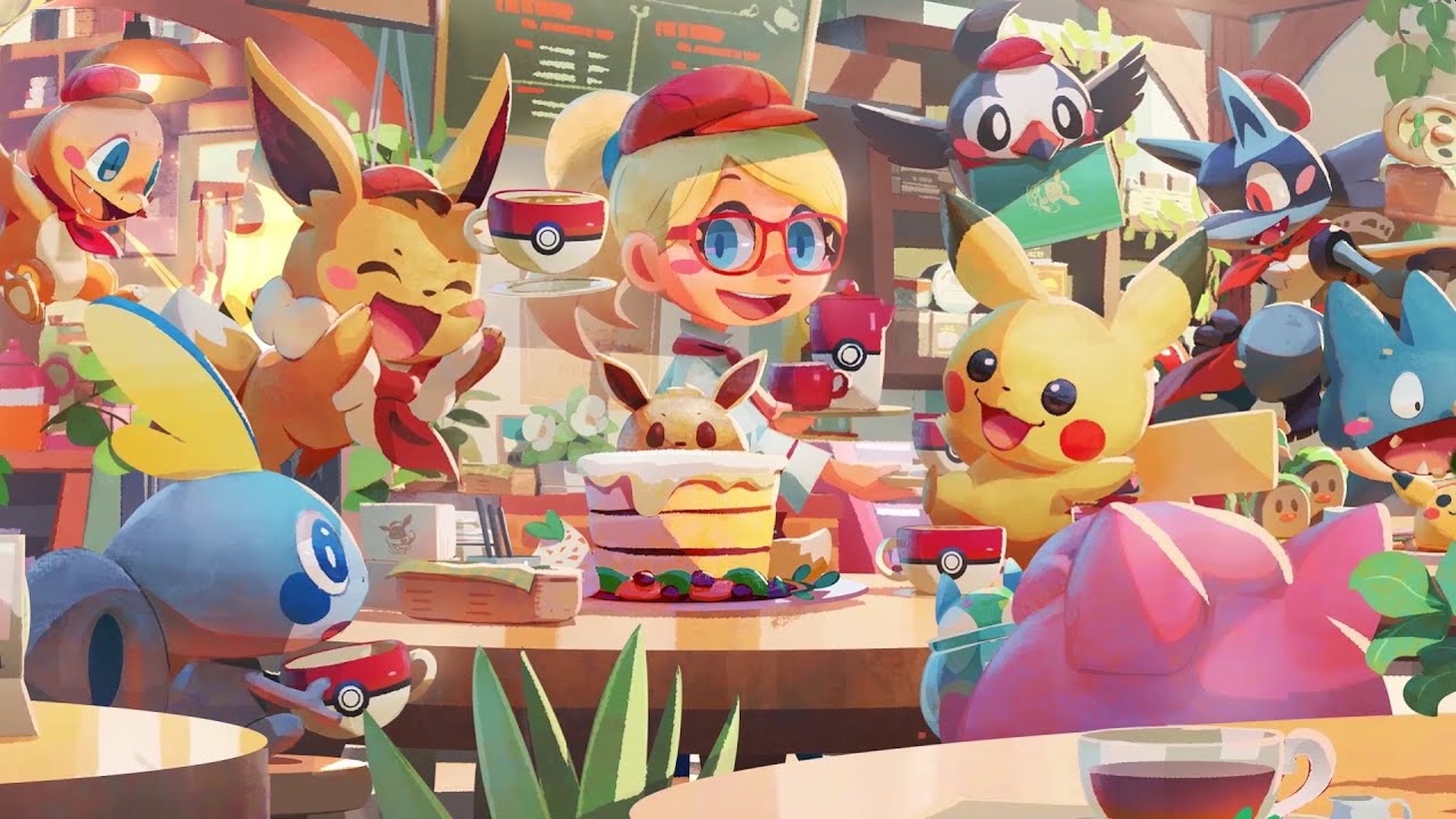 Recently, the Pokémon Company livestreamed the latest Pokémon Presents showcase on YouTube. The exhibition revealed a few new games for mobile plus updates for Pokémon Sword and Shield.

Revealed during the livestream were Pokémon Smile, a free app for people who want to make teeth brushing a more fun experience, plus the puzzle game Pokémon Cafe Mix. The game uses unique, illustrated artwork, unlike the main games or animated series.

Pokémon Cafe Mix is a puzzle game mixed with restaurant management features. For the puzzle part of the game, players match Pokémon icons to complete each level. The game starts out easy but becomes more complex the further along players get. Puzzles will also range in objectives that players have to complete to win.

From the trailer, players can increase the level of Pokémon that visit their cafe. There is a menu that shows how far along they are and how close players are to leveling them up. The menu also shows a preview of what the Pokémon look like and how they’re dressed. Pokémon also have different menus they prefer. Serving the right dish makes them happy and ensures they come back in the future.

As players become more successful in the game, their cafe will also expand with new areas and upgrades. More Pokémon will be inspired to visit the cafe, depending on how far players have progressed.

The official game summary states that Eevee is the first Pokémon character that will join the cafe staff. Other characters include Bulbasaur, Charmander, Squirtle, Pikachu, Jigglypuff, and many more.

Pokémon Cafe Mix is free to start. Players can download the game for free, but there are in-app purchases for a paid currency called Acorn Packs. Players can receive a large item pack to help them progress the game or receive a few acorns every day.

The game states that it is “free-to-start,” but it’s unclear what exactly this means. Players may be able to enjoy the game until a certain level until they have to pay to access the rest of the game. The Pokémon Company may reveal more information regarding this after the game launches in a few days. The game’s official website doesn’t have much information yet, but players can preview some of The game will launch worldwide simultaneously on mobile and on the Nintendo Switch, and recipes he cafe will serve.

Pokémon Cafe Mix launches on June 23. The game will launch worldwide simultaneously on mobile and on the Nintendo Switch. Pre-registration is live for iOS and Android, while the pre-load is up on the Switch eShop now.