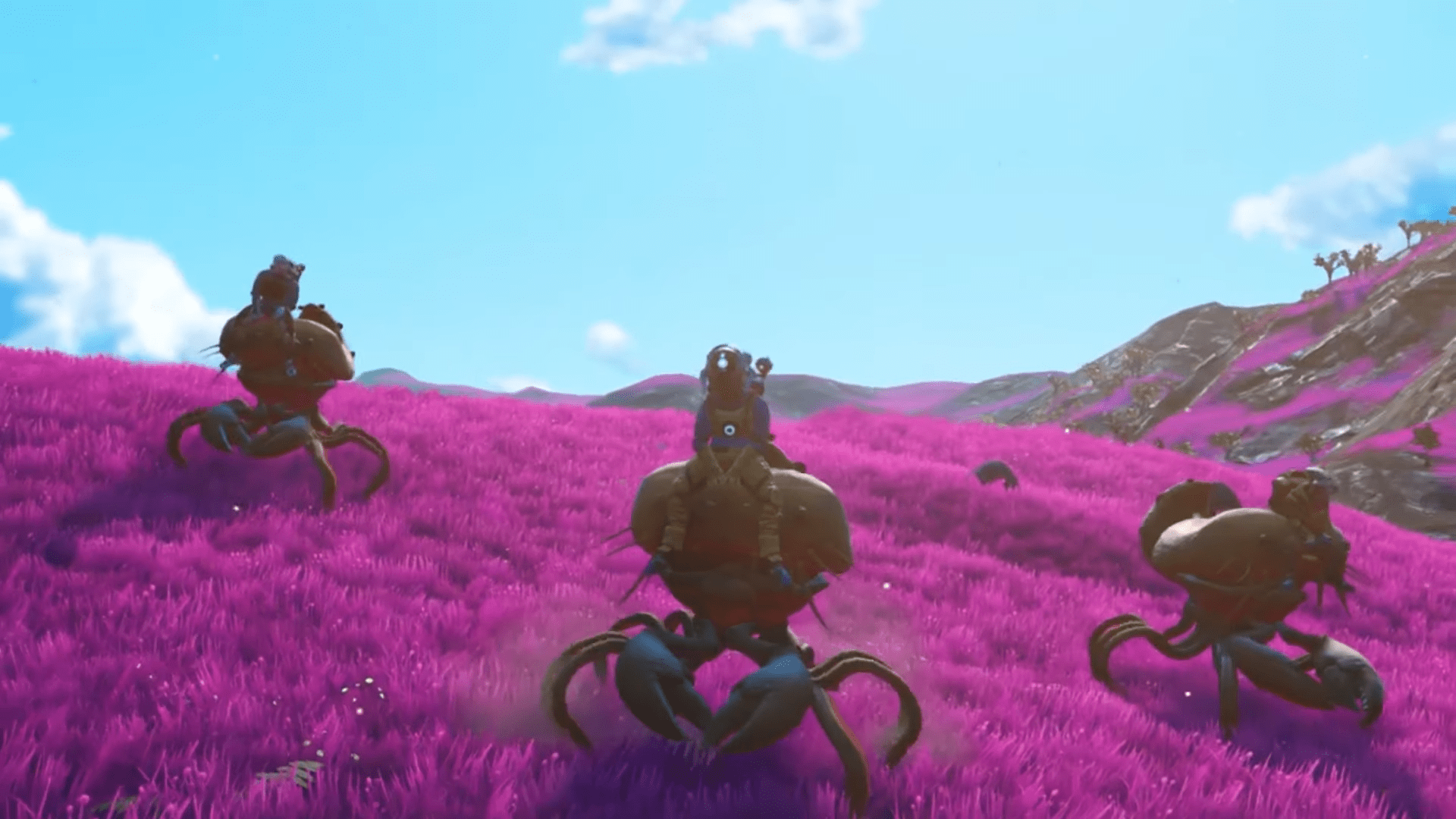 No Man’s Sky is a game that has been through many different iterations after its tumultuous release. The developers over at Hello Games have continually added in content in the form of occasional updates since then, in order to try and salvage the original promises and vision for the project. The newest addition to this set of updates, titled No Man’s Sky Beyond, is officially live and brings with it many changes.

The first notable improvement is Virtual Reality functionality. This game mode can be toggled on in the game and can be switched off at any time as well. Menus have been specifically crafted to work for the new mode, and controllers can be used to reach out and interact with objects such as planting flora and piloting your ship.

For the technical side of things, there have been various performance and graphics fixes, especially for those on PC. Included in this are reduced memory usage, optimization to the rendering of models, and many other changes. This should result in improved loading times across the board.

As for what is included in gameplay changes, there is a new social gathering hub labeled the Space Anomaly. From this gathering place, between 8 and 32 players (depending on the system you are playing on) can converge and compare ships, take part in multiplayer missions, and generally interact with others in the online space.

In addition, other players found throughout the galaxy now show as their fully rendered model instead of a floating orb. Chat blurbs have been added to automatically proc when partaking in certain activities, like gesturing, fighting anomalies, and discovering new species of flora and fauna.

Besides just multiplayer changes, aspects of the single-player story have been tweaked as well. New story content for Nada and Polo and a reworking of their story to better fit into the overarching narrative have been added. The early game specifically has received significant changes, with the overall flow of tutorials being adjusted.

The A.I. of animals and NPC’s received some notable upgrades. NPC’s now interact more dynamically with their environment making them feel more alive and a part of the world. One of the most exciting changes is a host of new interactions with tamed species of animals, including the ability to ride them around the planet.

Base building has received quality of life changes, including a reworked menu, improved snapping, and the addition of logic gates and switches. All of these are just a fragment of the most notable differences in the update. It is apparently the largest of its kind, and players are encouraged to get out there and explore to figure out every change included within No Man’s Sky Beyond.

Feb 17, 2021 Harry Alston 8120
To celebrate the game's fifth anniversary - yes, you read that right - No Man's Sky's newest update introduces pets to the game. You can tame them,...

Oct 28, 2020 Harry Alston 9400
No Man's Sky may have had a rocky start, but over the past few years, the team at Hello Games has proved time and time again that they are committed...