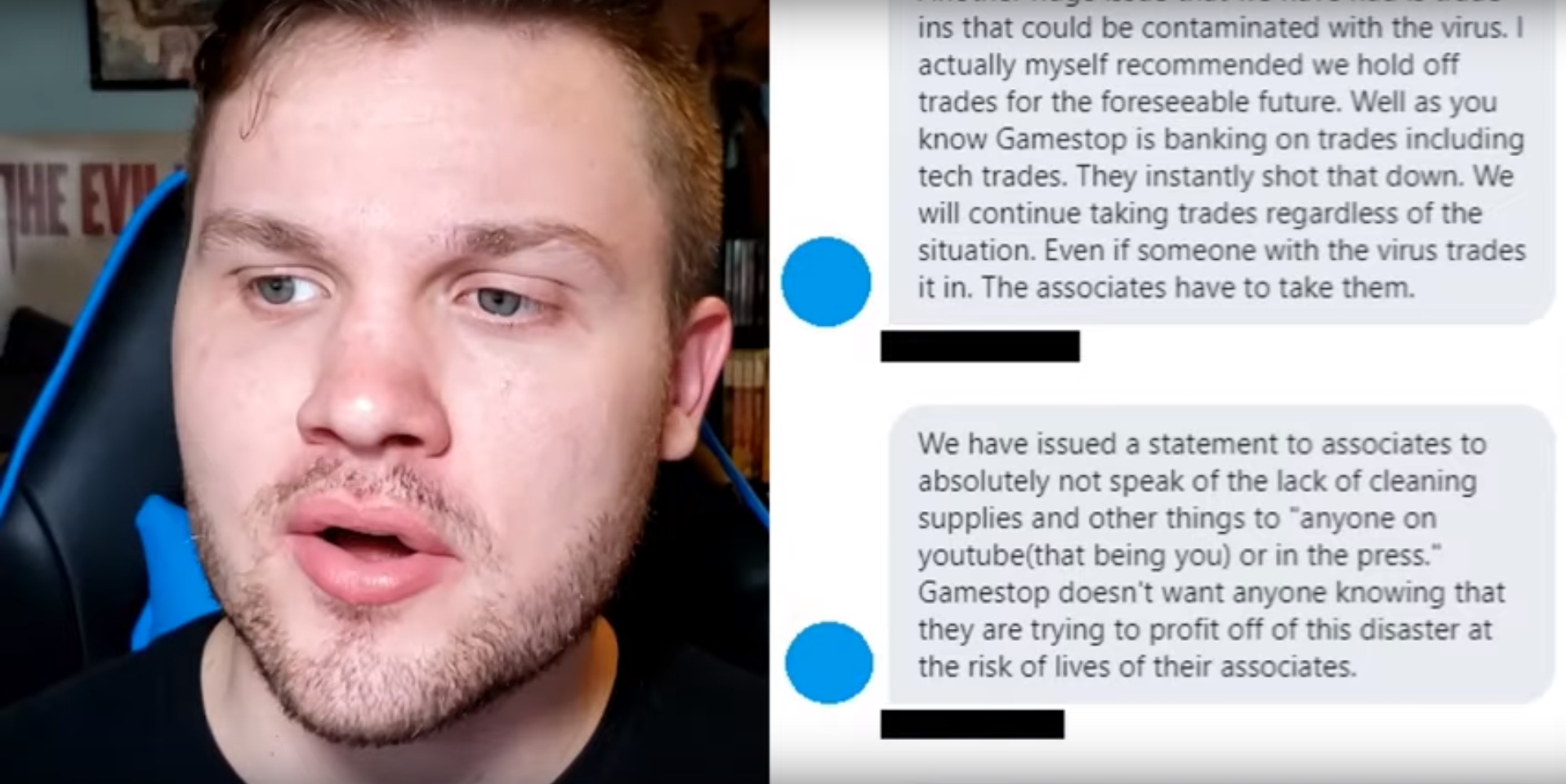 In these trying times of the COVID-19 epidemic spreading more and more every day, we’ve seen a great amount of our lives upset or put on pause. Hundreds of businesses have closed in the wake of the spreading virus, with some being forced to and some doing so willingly to help halt the spread and keep people at home. While it’s a rough time to be a business owner, many seem to agree that it’s better to lose out on profit than to spread potentially fatal viruses.

Except Gamestop. They’re happy to take advantage of the situation.

If you’re in the gaming world, you’re likely well-acquainted with the money-grubbing policies and nature of Gamestop. If you’ve been unfortunate enough to work for them, you’ve likely seen it first hand. But their actions during this pandemic have hit a new low.

Popular gaming YouTuber CAMELOT331 recently came out with a video that accuses Gamestop of lying in their recent press release, and he’s supported by anonymous statements by multiple Gamestop employees – including managers, district managers, and even one source claiming to be a corporate member of the company.

In their press release, Gamestop insisted that they’re doing what they can to keep things sanitary. Any employees who are feeling symptomatic are encouraged to stay home, and all stores will be supplied with the necessary supplies to keep the store clean. According to the sources here, though, that’s all a complete and utter lie.

“They promised they sent us hand sanitizer but in reality, they told the store leaders to just ‘go buy some,'” one source claimed, speaking on needed to pay for the resources out of pocket – if there were any left on shelves. “We don’t have enough employees to get those shifts covered so surprise surprise, I’m sick today but I still have to work my full 10 1/2 hour shift.” The same source also added that they were unable to order sanitizing products from Gamestop’s store supply as well.

Another source stated that their District Lead refused to close the doors of the store, instructing employees to “just wash our hands a lot.” The same source stated that they were told it was a good time to take advantage of other businesses being closed, and that anyone staying home for having symptoms are receiving write-ups and can be fired. Finally, they even stated that if the police themselves show up to shut the doors of the store, the employees are instructed to refuse to close and refer the police to the legal department.

There’s a great deal more, and we highly encourage you to watch the video placed above – depending on how long Gamestop’s legal department allows it to stay up. It’s truly repulsive to see such a massive company not only refusing to do anything to help but actively lying about the steps they’ve taken. With any luck, this could be the public move that puts such a rotten company in the ground.

Sep 27, 2020 Kevin J. Kessler 12850
Times are tough on everyone. The COVID-19 pandemic has decimated the global economy and a lot of folks find themselves either unemployed or with a...