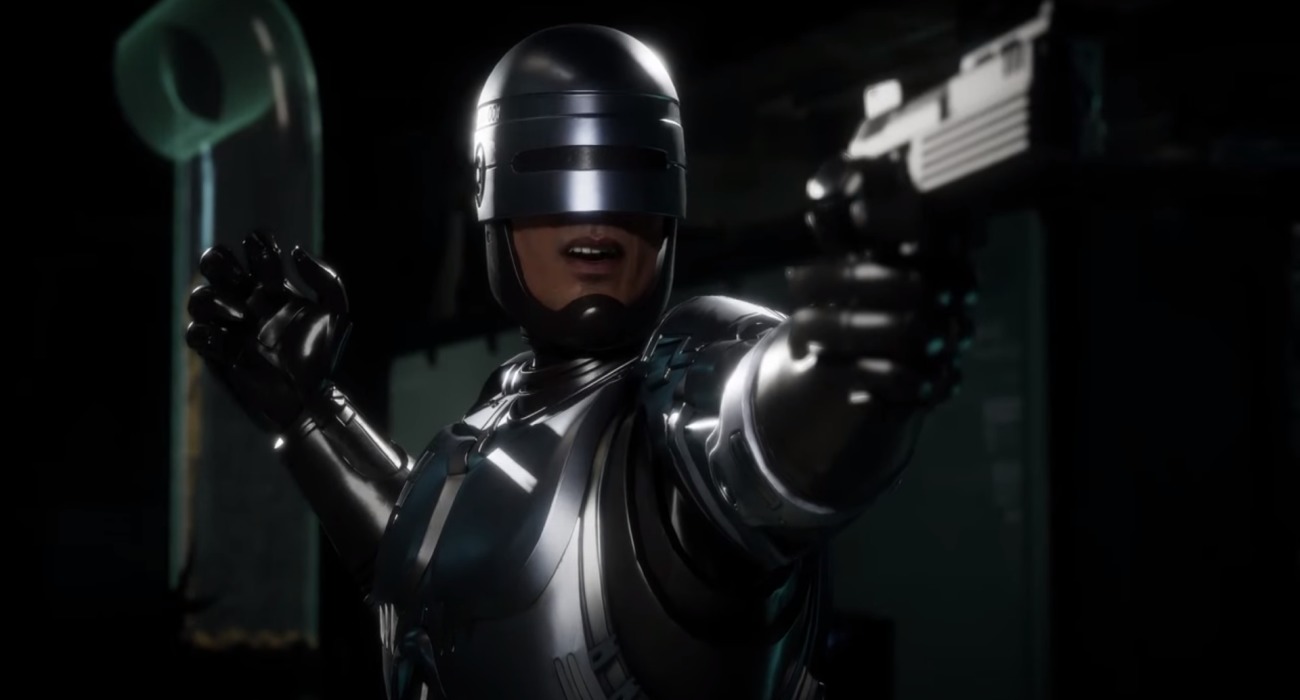 Mortal Kombat 11 just put out more information on its upcoming story expansion DLC. A lot of things were revealed by NetherRealm Studios, including Shang Tsung working with the warriors of Earth and the introduction of Sheeva. It was also revealed that RoboCop would be joining the DLC character list.

There have been rumors going around about this character’s appearance thanks to the hard work of dataminers. The leaks turned out to be true, which is great news for RoboCop fans looking to deal out their own brand of justice in epic fashion.

He’s shown at the very end of the official announcement trailer, sporting his full-body armor that has become iconic over the years. His reveal is brief and ends with his patented phrase, ‘You’re under arrest, dirt back’. It’s simple but very impactful. You can bet RoboCop will be one of the more popular playable characters in matches when he officially releases on May 26. That’s not too long now before fans can check out his brutal moves and robotic artillery first hand.

RoboCop is an excellent addition to an already impressive list of playable characters. You can bet NetherRealm Studios has incorporated some insane special abilities featuring his iconic abilities. Now we just need to see some gameplay to really get excited about his inclusion. Already, though, his character model looks great. It’s exactly what we’ve seen in the old-school action movies. Even more impressive is the fact that the developer secured rights to the voice from actor Peter Weller. It just goes to show the extraordinary lengths NetherRealm Studios will go to please their die-hard fans.

NetherRealm has done a fantastic job at supporting MK 11 with new character reveals. There are always fan-favorites to look forward to, whether it’s Nightwolf or the most recent Spawn. If you’re an MK fan, you have an endless amount of content to look forward to. In this way, MK 11 has amazing re-playability. After mastering one character’s moves and skillset, you want to jump back in the action with someone else.

If you’re looking to get your hands on RoboCop and enjoy the new story expansion, you’ll have to pay $59.99. However, you can purchase the Kombat Pack alone and gain access to six new playable characters. Either way, it’s great seeing MK 11 still receiving support. It really is an incredible fighting game and hopefully, these content updates keep coming out for years to come.