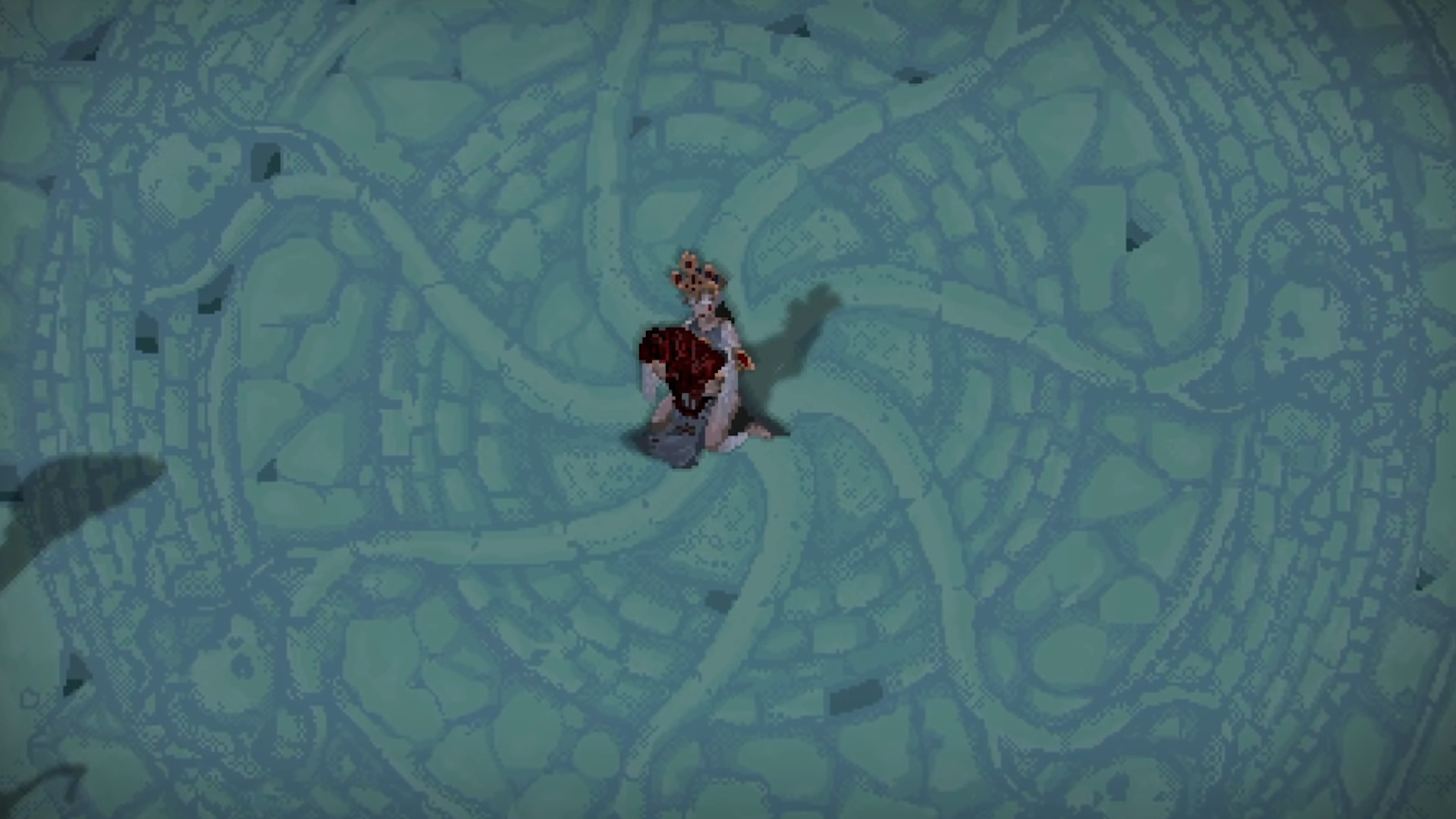 The Future Games Show at Gamescom turned out to be one of the most hype gaming events of the year, showcasing dozens of games coming out later this year and beyond. With the cancellation of E3 and a worldwide pandemic, online gaming reveals have seen a major increase in popularity as players all over the world search for any scraps of video game news.

One of the games shown in the Future Games Show at Gamescom was Morbid: The Seven Acolytes, a new Soulsborne-like game featuring a unique, isometric art style. Don’t let the cutesy art style fool you though. This game, like others in the Soulsborne genre, will be insanely difficult.

The story’s narrative focuses on the player character, the last surviving Striver of Dibrom, and their mission to take down the Seven Acolytes, powerful and cursed beings who are being possessed by evil deities called the Gahars. Defeating the Acolytes will also defeat the Gahars, which are parasitic and need a host to survive.

Players will have to quickly master the combat mechanics and RPG elements in order to keep up with the deadly monsters. Resource management will play a huge role in survivability, and not just health potions either. Dodging and using your weapons will cost you stamina, so you’ll need to carefully consider your approach before beginning an encounter.

Taking from its Lovecraftian roots, the game will also feature a Sanity resource that you’ll need to manage as you traverse the world and fight eldritch beings. Losing your Sanity could result in some pretty debilitating side-effects, such as penalties to combat. Your Sanity level could also affect your dialogue in-game.

However, Merge Games has already stated that if your character is skilled enough, you can use these side-effects to your advantage.

Morbid: The Seven Acolytes will also feature an extensive perk-leveling system that will give you a plethora of ways to build your character. According to Merge Games, the game will also feature “…over 25 Unique Melee Weapons, such as Swords, Axes, Maces, Spears, Two-Handers, as well several guns ranging from Pistols, Shotguns and Rifles.”

Along with the gameplay, Morbid: The Seven Acolytes will feature a fully orchestrated soundtrack composed of 18 epic tracks to really capture the kingdom of Mornia.

No Soulsborne-inspired game would be complete without a full host of gruesome, horrifying monsters and bosses, and Morbid: The Seven Acolytes doesn’t disappoint. A particularly terrifying boss known as Lady Tristana, Mother Grief was shown in the official trailer to be using her own placenta as a weapon.

Be sure to check out the other terrifying bosses and more at this game’s release later this year, coming to all consoles and Steam.

Aug 8, 2022 Robert James 950
RPG with a cyberpunk theme The Ascent will soon have a substantial DLC called Cyber Heist that will give your army access to a brand-new cyberpunk...

Jul 31, 2022 Grace Simmons 910
Bite-sized celebrations of some of our favorite gaming memories are what make great PC gaming moments. Some mods take years to finish, making the...