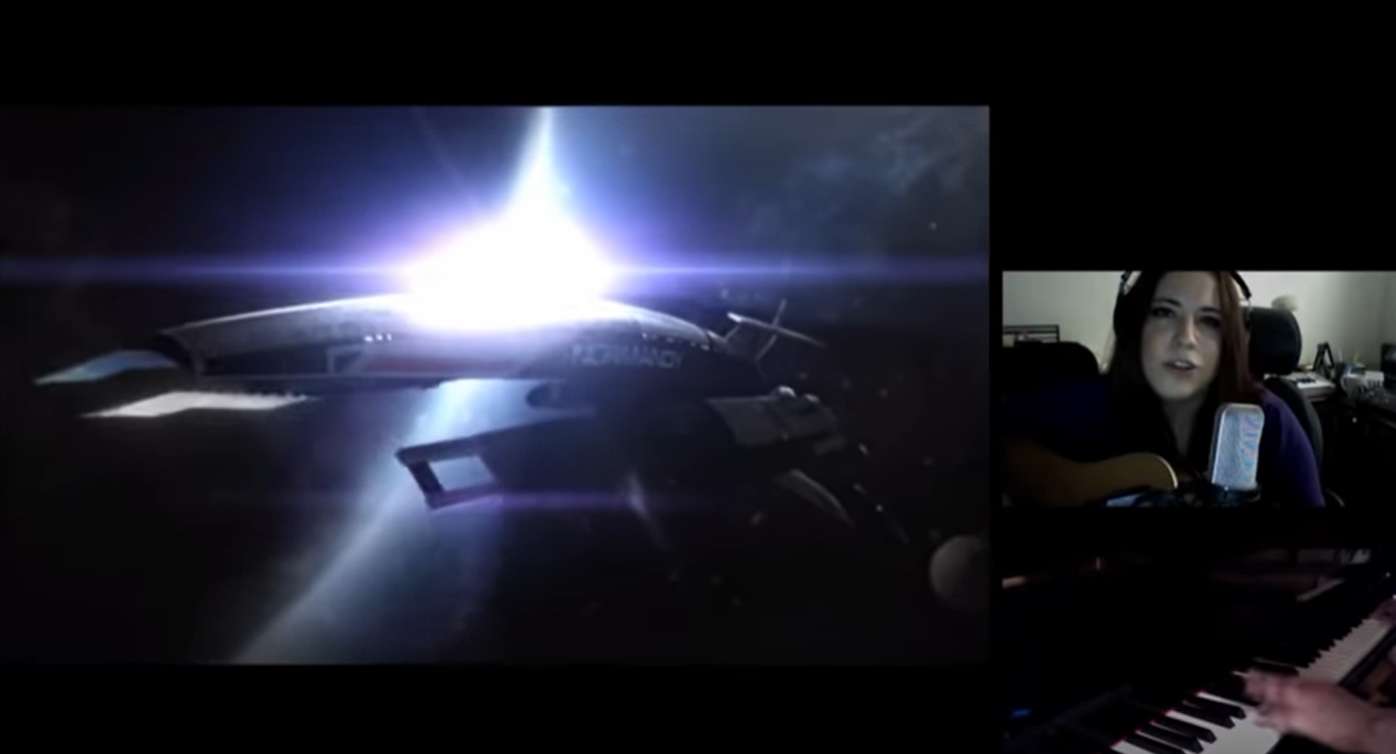 Eight years ago, a singer by the name of Malukah went viral thanks to a tribute cover song she put out to coincide with the release of Mass Effect 3.

In 2012, the YouTube star was an unknown commodity, but her release of the song “Reignite,” inspired by the music of Mass Effect 3, gained her instant popularity and renown, garnering more than 7.4 milliion views.

Malukah is back once again, releasing a tribute album that is based on her original video from so long ago. The name of the album is, fittingly, Reignite.

“This song marked an important part of my life,” Malukah said. “I’d been struggling as a musician for years and felt I’d run out of options. I had decided to stop chasing that dream. And then, a cover video I made went viral. At first, I was reluctant to get my hopes up again that I could do this. Make a living from music. But months later, while writing the lyrics to Reignite, I realized I was singing those words to myself. To not give up. Those lyrics weren’t only about Shepard. So I cried like a baby and made up my mind to keep trying, even though I was scared of how difficult it would be. That’s one of my favorite things about writing. It can be life changing even when you least expect it.”

Reignite was an instant hit with the Mass Effect fandom. At that point Malukah has released some videos singing songs from The Elder Scrolls Skyrim, most notably The Dragonborn Comes. Reignite featured her own original lyrics set to some background music from the Mass Effect trailer. It was also interspersed with footage from the trailer, making it a mini music video of sorts.

Back then, officials at Bioware took notice of Malukah and shared Reignite, increasing her visibility exponentially.

The song is absolutely haunting, featuring some lyrics that truly speak to Shepard’s journey to save the Milky Way Galaxy from annihilation at the hands of The Reapers.

“I will never surrender, we’ll free the Earth and sky. Crush my heart into embers and I will reignite,” is the main chorus of the song.

“Reignite is a tribute to Commander Shepard and all of the Mass Effect characters that kept me company while playing the games,” Malukah said.

Reignite was a song that helped many brace for the conclusion of the original Mass Effect trilogy. Unfortunately, Mass Effect 3’s ending left a lot to be desired for most fans, with outrage reaching such massive levels that Bioware had to release free DLC expanding on the ending in order to appease its fanbase.