Japanese Rail Sim: Journey to Kyoto was originally released as a 3DS game in 2014. The title was launched on the Nintendo Switch at the end of November.

Japanese Rail Sim is a series of games where players play the role of conductor. Each game features a different train line in a beautiful location in Japan.

In a time when there are several action and story-driven games, Japanese Rail Sim offers a casual way to relax while enjoying Japanese nature.

The official website states: “Journey to Kyoto is part of the popular Japanese Rail Sim 3D series and features driving over the complete line from the first station to the last!”

The game takes place on the Eizan Electric Railway, which is the line that travels around Kyoto. As the conductor, players can watch the beautiful scenery first-hand. The line will pass through areas like the Maple Tunnel as they travel from Demachiyanagi Station to Kurama Station.

There are modes to enjoy the game in both daytime and night time. Each scenario will give gamers an interesting view.

There is some gameplay since the player is the conductor. The website states, “Operate the master control and apply the brakes with a simple touch, and experience how it feels to operate a real train.” While there is plenty to see on the route, gamers have to ensure the train arrives at each station on time.

Players can get points by properly driving the train and arriving at each station on time. These points can unlock additional tourist information.

Unlike other train simulation games, there’s almost no interaction with passengers on the train. The primary focus is either driving the train or observing the environments.

The Nintendo Switch release will also include the Kurama train line plus the latest sightseeing train, Hiei.

Along with being an observer, the game includes a “Library” where players can learn more about attractions along the way.

This game would be ideal for players planning a trip to the historic city of Kyoto, as it contains a realistic view of the train lines.

Japanese Rail Sim: Journey to Kyoto will be released both physically and digitally for the Nintendo Switch in Spring 2020 in North America. 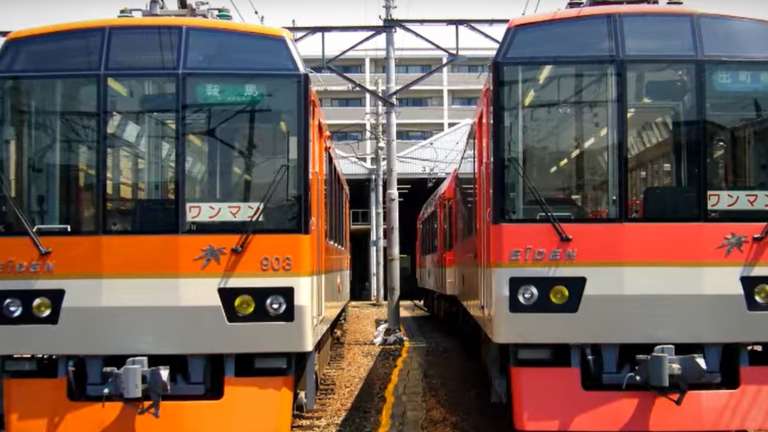