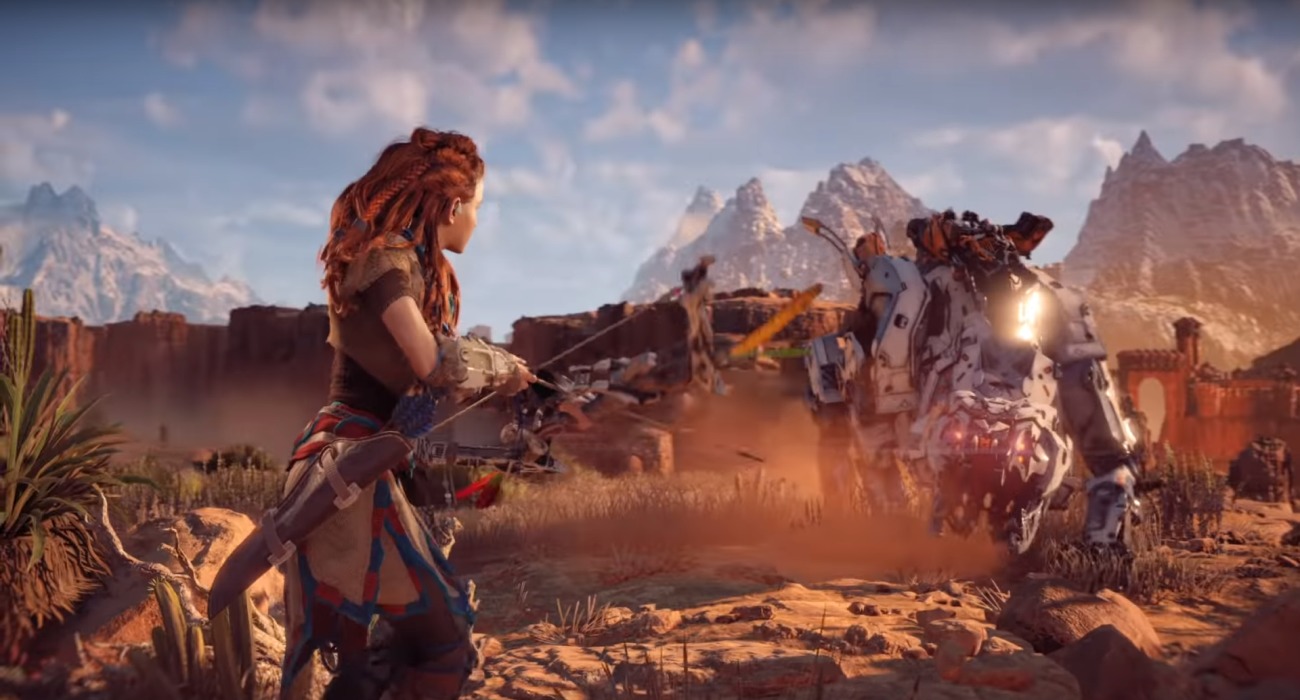 The day has finally arrived; Aloy herself can now explore in stunning resolution and fantastic framerates after Guerrilla Games has finished porting the legendary PlayStation 4 title over to PC; yet another breaking of the exclusivity line that has been slowly gathering momentum (much to the joy of literally everyone).

Horizon Zero Dawn has been in question recently around the table of PC enthusiasts; it began with Guerrilla stating that there was not going to be a FOV slider, which seemed to promise nausea while simultaneously ensuring that the port in question would be bare-bones at best, barring the included DLC.

Guerrilla reneged on that claim after backlash, promising uncapped FPS and a wide-ranging FOV-slider after learning how vital that was to the PC community while hyping up the sequel to Horizon Zero Dawn. All seemed above board and ready to land on PC today with great fanfare and excited players until the reviews themselves started rolling in earlier today.

They have, unfortunately, not been entirely promising from the actual purchasers of the title. It’s worth bearing in mind that this is an initial release, and Guerrilla clearly aren’t entirely up to speed with PC development; further, Steam reviews themselves are radically suspect to review-bombing and trolling.

That in mind, however, and it still fails to paint a promising picture in the eyes of some.

The good news is that the title itself is a marvelous adventure through a fantasy-laden world where humanity has regressed to tribal life while machines run rampant.

The bad news is that the optimization is bringing a lot into question; the in-game FPS limiter is almost fundamentally broken, meaning the title will continue to attempt to gain higher framerates until the program stutters and crashes in a fantastic symphony of low frames and flickering textures.

There have been various guides released that advise various graphical settings to ensure stable frame rates, and finding and adhering to these guides (such as Digital Foundry’s) have resulted in better frame rates, allowing players to at least explore the world of Aloy.

Even users with high-end GPUs are struggling to get the game to run properly, but it’s worth noting that dropping the fidelity options (regardless of how upset that might make some based on their hardware) can result in a playable game.

If you’re not necessarily looking to play the role of a screen archer, taking every shot you can with maximum quality, then the PC port of Horizon Zero Dawn is actually a safe bet, disregarding that the title sat at 40% recommended three hours after release; it currently sits at 51% recommended at the time of writing.

Nov 24, 2020 Harry Alston 20840
Since the ever-so-slightly rocky start for Guerilla Game's Horizon Zero Dawn on PC, the team has made several leap forwards with consistent upgrades...

Nov 20, 2020 Chris Miller 7800
Like your titles with a bit less (read: no) DRM, or maybe just the thought of continuing to support the Polish game juggernaut CD Projekt while we...

Nov 4, 2020 Chris Miller 14850
If you've been sinking your teeth into the port of Horizon Zero Dawn that finally arrived to PC, today is going to be a good day for...