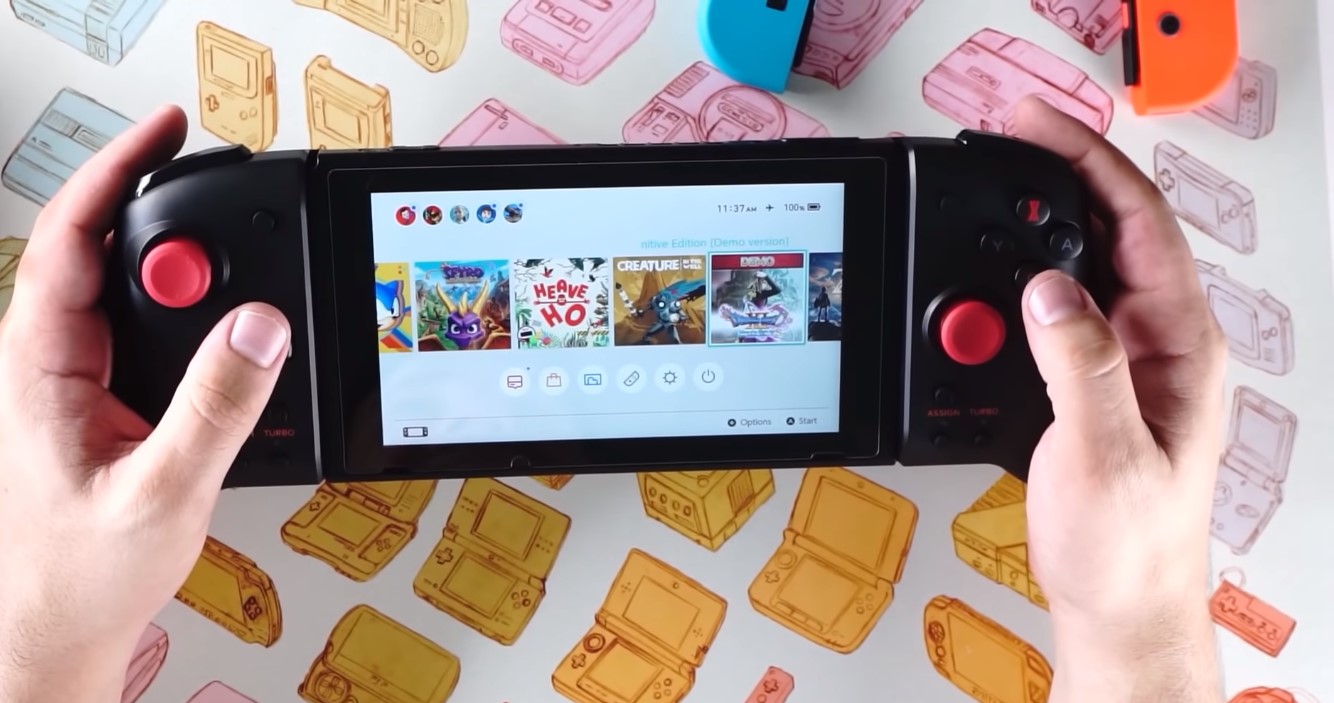 Hori’s Split Pad Pro controllers are so large that they make the Nintendo Switch seem small. Also, the accessory results in a larger footprint for the Switch, which is not consistent with mobile gaming concept.

However, once you get past the awkwardness, the Split Pad Pro makes a lot of sense. They fit very well with large hands, and they are more comfortable even when playing for hours.

The D-pad is firmer compared to the default Joy-Con controller, but it’s also as responsive than the Joy-Con. You also got an Assign button, a Turbo, and a Capture button. The rear triggers are fully programmable. The controllers also feature Plus and Minus buttons on each side.

The larger shoulder buttons fit well on your fingers and are designed for comfort. The analog sticks, however, are much better compared to the Joy-Con, according to a review from The Verge.

When you connect the Split Pad Pro, you need to slide your Joy-Cons away from the screen. Then you snap the controllers into their place. Once they are slid into place, they work instantaneously.

However, the Split Pad Pro doesn’t include NFC, gyro or motion sensors, HD rumble, and IR camera. So this is something you should be aware of.

The Split Pad Pro is perfect timing with the release of the Daemon X Machina on the Switch last Sept. 13. Developed by Kenichiro Tsukuda, the third-person shooter allows you to control a mech as you battle for survival with other mechs.

The plot is simple enough. A collision between the moon and the Planet turned AI against humans. You will play a mercenary, part of the Outers, who developed a special ability to command the merchs.

Hori released the Daemon X Machina version as it has the design elements, color, and branding of the game. That means it’s specially designed to enhance your playing experience with the new game. However, it has the potential to make your gaming experience better with other action shooter games, as well.

For now, the manufacturer has not announced any other version for the Split Pad Pro. But the Daemon X Machina version appears striking enough to display them out in public. They will certainly earn a few curious looks.

Naughty Dog Is Holding A Press Event For The Last Of Us Part 2 On September 24; Could Show More Gameplay