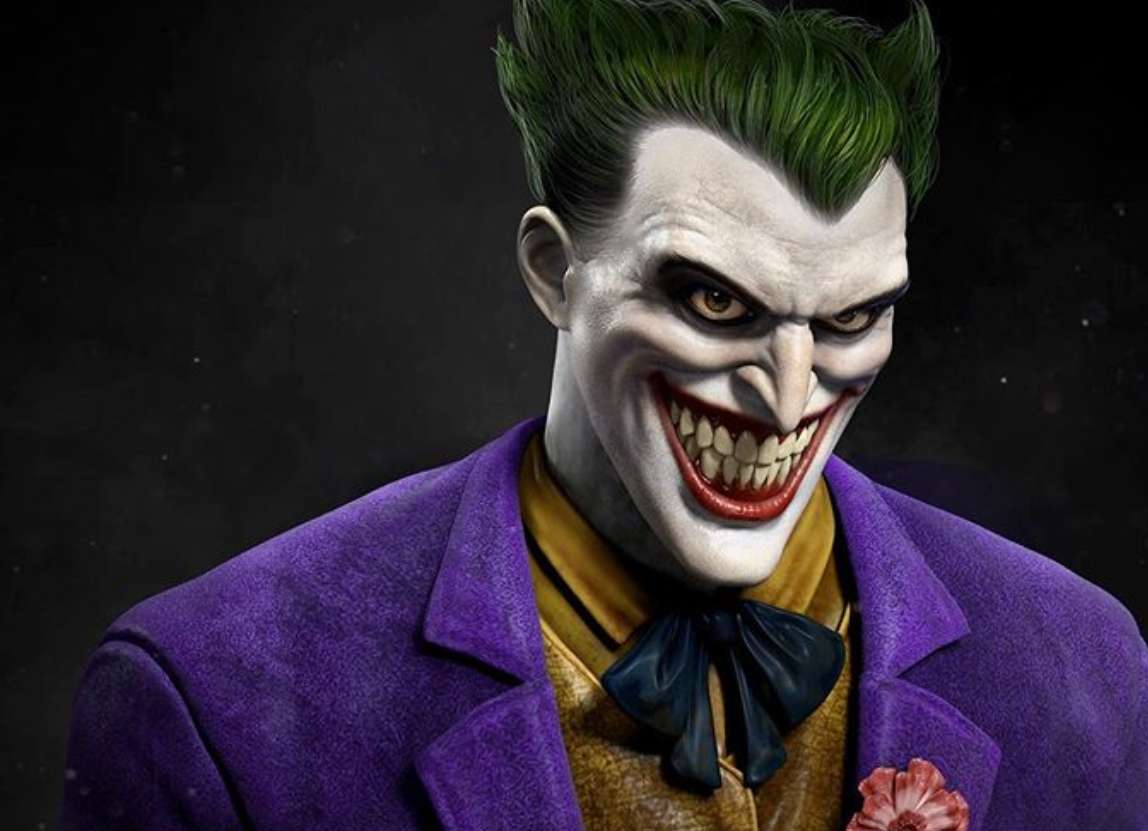 Ref Grassetti, the art director who reimagined Kratos for the 2018 Game of The Year, God of War, has a fantastic Instagram account. He likes to use his free time to create new and exciting artwork showcasing some of the geek community’s most beloved characters.

Now, Grassetti has moved into the realm of comic book fandom, recreating perhaps the most famous and iconic rogue’s gallery in the world. The villains from Batman.

But, Grassetti took things a step further. He didn’t just want to recreate the Batman villains. He wanted to take the villains from the amazing Batman The Animated Series and bring them to stunning life in a way that we’ve never seen before.

🦇BTAS 07 – Joker Swipe to see all the Batman villains so far! Having a lot of fun with these, Batman the animated series brings back a lot of good memories! Clayface next! 🤘🏼 #dc #joker #btas #comics #comicbook @hamillhimself #batman

Batman The Animated Series aired in the mid-90’s, first appearing on Fox Kids following the release of Batman Returns in theaters.

This remarkable series was one of the first dark children’s cartoons, capturing the essence of The Dark Knight in an era before such shows were common.

It was the brainchild of writer Paul Dini and Artist Bruce Tim. The series is probably most remembered for the voice acting, which featured Kevin Conroy as Batman and Star Wars actor Mark Hammil as The Joker.

Many people count Conroy and Hammil’s Batman and Joker as the definitive portrayals of these timeless characters.

People loved Conroy and Hammil so much that they were brought back for the Arkham video game series. Paul Dini also returned to write the stories for Arkham Asylum and Arkham City.

Hammil and Conroy voiced The Joker and Batman in Arkham Asylum, Arkham City, and Arkham Knight. The duo also voiced their characters once again in the Direct to Video animated film Batman: The Killing Joke.

“My rendition of Batman The Animated Series,” Grassetti wrote when he posted Two Face. “I love the show and I hope one day we get a CG Batman movie (not LEGO Batman). I’m planning to sketch all my favorite villains, starting with Two-Face. I don’t see a lot of blue version Two Face out there and it’s one of my favorite takes on the character!”

Nov 1, 2020 Kevin J. Kessler 14430
With rumors flying around that we might end up seeing a live action Netflix series based on God of War, a lot of people are tossing around their...

Nov 1, 2020 Kevin J. Kessler 5180
God of War has received a lot of accolades since its release back in 2018. It quickly rose up the ranks of PlayStation 4 exclusives, solidifying...