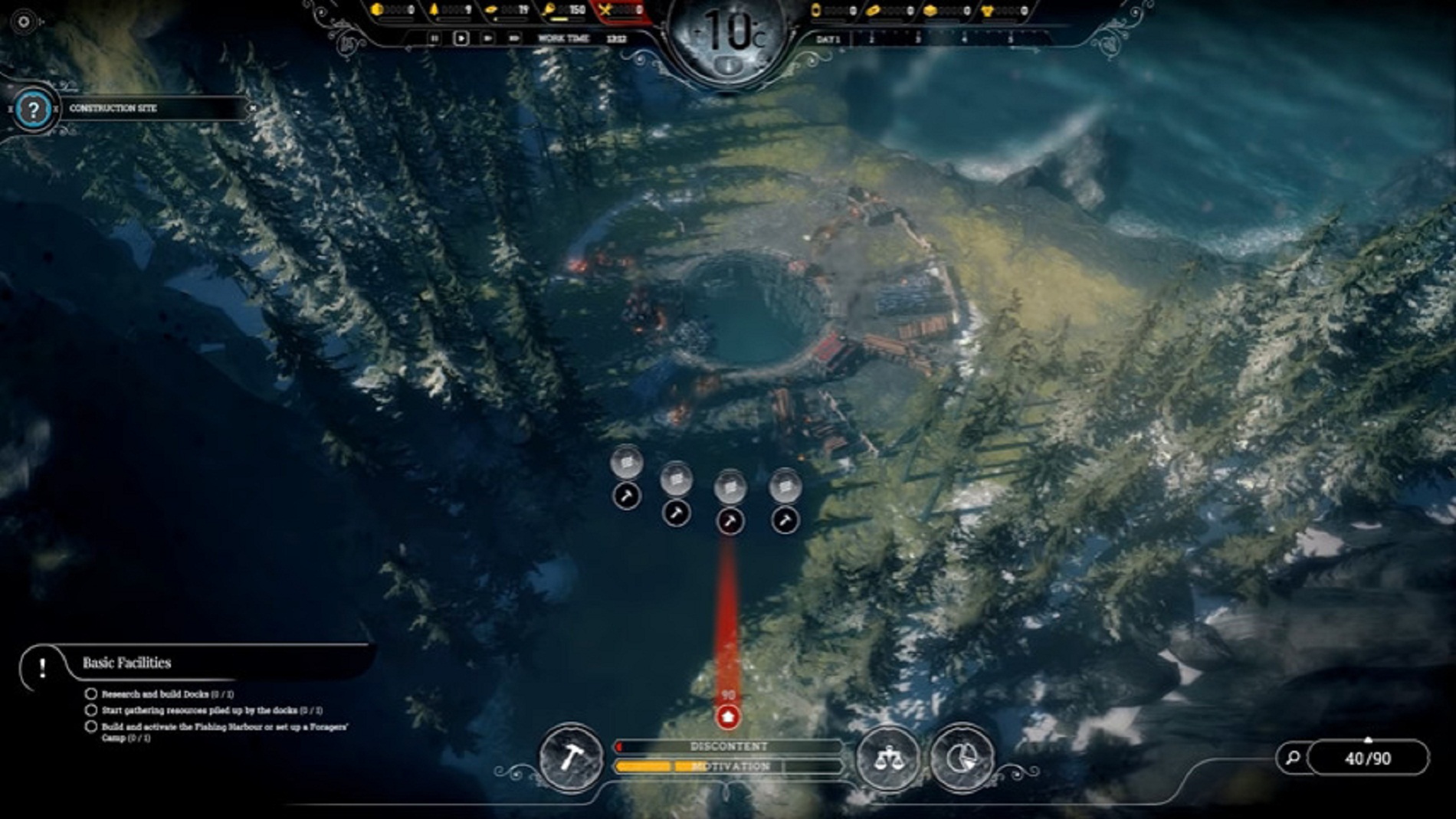 The dark, cold city game, Frostpunk spoke of an upcoming DLC that tells the story of civilization before it all went breezy. At the time, they only released an animated teaser trailer for The Last Autumn. However, this week, 11 Bit Studios decided to post the gameplay from the new DLC with some elements players could expect from the previous story.

In the story, the apparent change is that Site 113 was green before the freeze. During that time, all was green and lush, and the only threat was the coming of snow rather than the destructive white blanket of death threatening the civilization.

So the task would be to complete the construction on the giant, central generator that offers warmth and power to the citizens in the main game story. However, The Last Autumn changes a few basic systems from Frostpunk’s principal campaign. Besides, there wouldn’t be a need to track the power level of the generator because it isn’t built yet. This means the temperature pressure isn’t much of a factor than the maintenance and management of the safety ratings of the construction sites.

So with a mild setting, it is possible to build docks on the shore close to the city for the importation of materials in a limited space that would have to be used smartly so as not to take out the fishing operation meant for feeding the people.

However, before the all-encompassing freeze, some workers still entertain the idea of rebellion. Even the snow acts as a haven for workers because they quickly get dissatisfied with the generator’s construction sites and decide to strike. The gameplay video above showcases some of the decisions that would need to be taken to appease the workers. For example, building a bathhouse would help increase workers’ trust and comfort level, yet, it may not completely solve the root cause of complaints. Another that can work is a bribe of extra rations that would soothe them for a time but allow them to come back with new demands.

According to what 11 Bit Studios mentioned earlier, The Last Autumn will also integrate new Books of Laws in sync with the time before the freeze society. In the gameplay video, there are a few tasks to look out for when motivating the workers, Company Funerals, Bathhouse—to soothe the ones on a strikee—Extra Rations for the III, and others.

Finally, be on the lookout for The Last Autumn next week, January 21st. Although the price hasn’t been announced yet, the DLC can still be gotten on GOG’s official website and Steam, where the base game is available.

But for those who purchased the DLC pass earlier for Frostpunk, they will have access to The Last Autumn when it comes out!

Aug 12, 2021 Harry Alston 15360
Frostpunk 2 has been announced. After a long and successful run, with multiple DLCs and appearances on Game Pass, Frostpunk is getting a sequel. And...