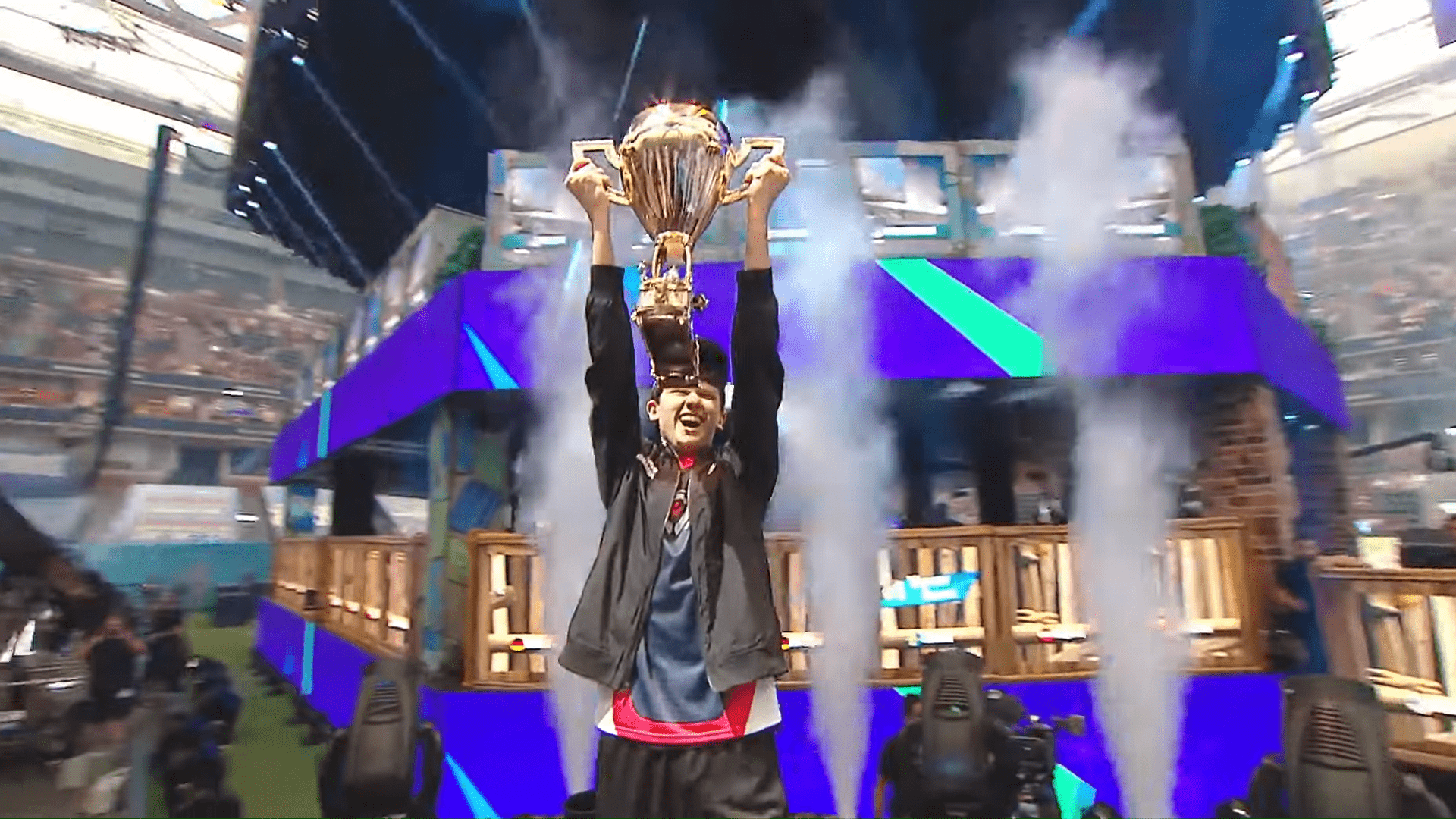 Fortnite’s World Cup weekend event came to a close last night with millions of players tuned in to watch the crowning of the solo champion, Bugha. The event is one of the largest in eSports history in terms of the prize pool, and its international viewership is record-breaking too.

There are a host of amazing stories from the weekend event, which saw players as young as 13 walk away with six-figure prizes for their placement.

Kyle ‘Bugha’ Giersdorf, the 16-year-old solo champion, takes home $3m for proving he’s the best Fortnite player in the world. He was far ahead of the competition: a solid 26 points beyond his nearest rival, psalm.

Bugha’s prize pool is only marginally smaller – around $800,000 – than the winner of the U.S Open which is set to start at the same stadium in a few weeks. This enormous prize pool is more than the Wimbledon winners earn, and more than Tiger woods took at the Masters. Epic Games is cementing its game at the forefront of the eSports industry.

With a viewership that spiralled into the millions across Facebook, YouTube, Twitch and other platforms internationally, it’s obvious there’s an audience for eSports. The Fortnite World Cup states to the world that it can capture the attention of a younger audience who spend their time playing video games rather than sports.

Jaden Ashman, a 15-year-old from Essex, England, splits a $2.25m prize pool with his Dutch teammate. They came second in the event, losing out to their Norwegian rivals, Nyhrox and Aqua.

One of the most heartwarming stories was that of King, a 13-year-old from Brazil who placed fifth in the solo tournament, winning an incredible $1,000,000.

Epic spared no expense when it came to the event. It collected the largest names in the eSports industry to present the World Cup at the Arthur Ashe stadium and even featured a performance from Marshmello.

While the event will change the lives of the young players who won huge amounts of money, the Fortnite World Cup is likely to change the face of eSports forever. The concept of becoming a professional gamer – and earning insane money – has gone mainstream.

The International, DOTA 2’s eSports event, is coming up later this year with an even larger prize pool, surpassing the $30 million for the World Cup.

Infinity Ward Confirms That Female Characters Will Be Included In Call Of Duty: Modern Warfare Multiplayer