Last week, the Epic Games Store was giving away The Textorcist, a clever little title that puts you in the shoes of Ray Bibbia, private exorcist, as you dodge bullets while typing out commands to battle evil. It’s part game, part typing test, all fun!

This week they’re offering a pair of games: the massively multiplayer space adventure Elite Dangerous and the stylish puzzle battler The World Next Door. Two very different games, sure to please a multitude of gamers. They’re available until November 25, so get downloading before they’re gone!

Elite Dangerous, developed and published by Frontier Developments, hit Windows in 2014, Xbox One in 2015, and finally PlayStation 4 in 2017. It released to mostly positive reviews, with critics willing to overlook its flaws due to its massive strengths and the potential for expansion.

Speaking of expansion, the Horizons expansion (which is really five expansions) became a free update just last month, so those who pick up the base game on EPS will have full access to Horizons as well. The expansion added planetary landings, looting, crafting, ground vehicles and bases, and a lot more, bringing major changes to the game.

Despite being five years old (and the fourth part in a series that debuted 25 years ago), Elite Dangerous still boasts over 13 million active players.

Then there’s The World Next Door, which really couldn’t be more different than the accompanying space sim. Released in 2019 for Windows and Nintendo Switch, it’s a combination puzzle game and visual novel developed by Rose City Games. Reviews were mixed, citing a lack of difficulty and a short campaign. Sounds like it’s well worth the price!

Jun is a teenager that wins a ticket to visit a parallel universe called Emrys, but fails to return home before the portal closes, trapping her there. She’s forced to team up with an Emrys native to find a way to reopen the portal.

When it comes to the sorts of games that EGS gives away, it’s pretty common for them to pair a big studio title with a smaller indie game. It’s a nice little juxtaposition that tries to please two very different demographics. It’s also a great way for indie studios to get a little boost in recognition.

Starting November 26, gamers will be able to download MudRunner, an off-road game that tasks you with driving unwieldy all-terrain vehicles on treacherous journeys. 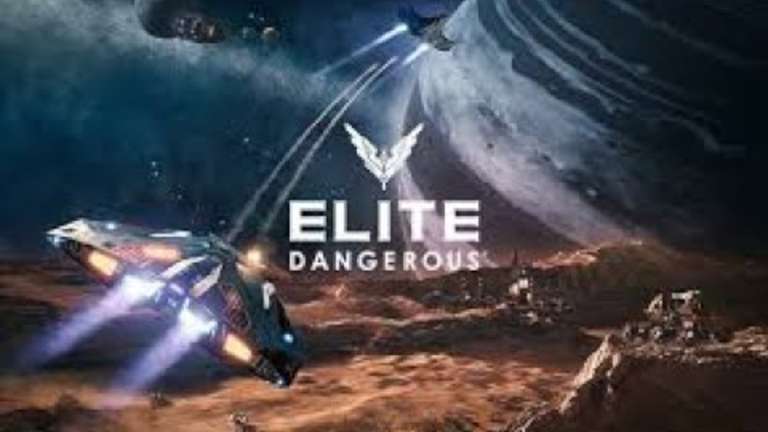 Aug 10, 2022 Tom Lee 470
The latest statement for Elite Dangerous concluded the protracted Azimuth Saga narrative, opened the door for another chapter, and fixed a tonne of...

May 24, 2021 Harry Alston 6890
Elite Dangerous is massive. It's so massive that it can be a bit overwhelming for new players. There are spaceships, pirates, massive floating bases,...