Embracer Group has officially acquired the Swedish development studio, Tarsier Studios. The acquisition cost Embracer 99,000,000 Swedish Krona, which is roughly 10,500,000 USD. The vast majority of this was in Krona, but roughly a tenth of the transaction takes the form of stock in B-shares of the company, as reported by Gamesindustry.biz.

Included in this deal is all of the employees of Tarsier Studios, as well as the intellectual property rights of the studio. One game franchise that the rights won’t be carried over for, however, is the highly-acclaimed Little Nightmares, which is what most people have come to know Tarsier for. The rights to Little Nightmares still belong to the publisher, Bandai Namco, including the upcoming sequel that is expected to see release in 2020.

Embracer also is missing out on Tarsier’s Nintendo Switch game, Stretchers, the rights of which remain with Nintendo.

Little Nightmares 2 is out for PC, PS4, Xbox One & Switch in 2020. Watch the trailer here! https://t.co/rdKYwfSZmG

Tarsier is expected to remain their own autonomous group under the umbrella of Embracer. More specifically, they will likely work within the also recently-acquired Goodbye Kansas Game Invest, a sub-group acquired back in August by Embracer.

Embracer, formerly THQ Nordic AB, has been aggressively growing their portfolio since their brand change. Currently, the company owns THQ Nordic, Coffee Stain, Koch Media, and now Tarsier. This list doesn’t include the multiple subgroups that they currently own, such as the aforementioned Goodbye Kansas Game Invest.

It’s expected that Tarsier is going to be completing work on Little Nightmares for Bandai Namco, as the sequel is already well on its way to release. What the future of the franchise will be once this game is released is anyone’s guess.

Little Nightmares earned a sizeable amount of attention after its 2016 release. In its year of release, Little Nightmares won the Gamescom 2016 Indie Award. Over the next two years, the game would go on to be nominated without a victory for multiple other awards, including New Games IP, Best Visual Design, Best Audio, and Outstanding Achievement in Art Direction.

It’s currently unknown if Embracer has any plans for the Swedish development company. One can assume that they’ll be working on new IPs as soon as possible, as the upcoming Little Nightmares game will be entirely given to Bandai Namco.

Some in the gaming industry have expressed surprise at the low price that Embracer acquired Tarsier with. One might think that the indie company would be going for much more, given that Little Nightmares alone sold over one million copies across all platforms, debuting at #4 on the UK all-format sales chart. Regardless of how the math on this might check out, there’s no doubt that Embracer got an incredible deal with Tarsier. 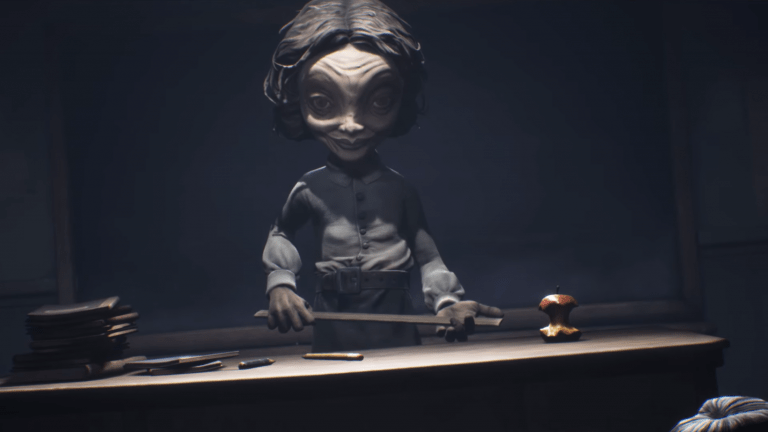