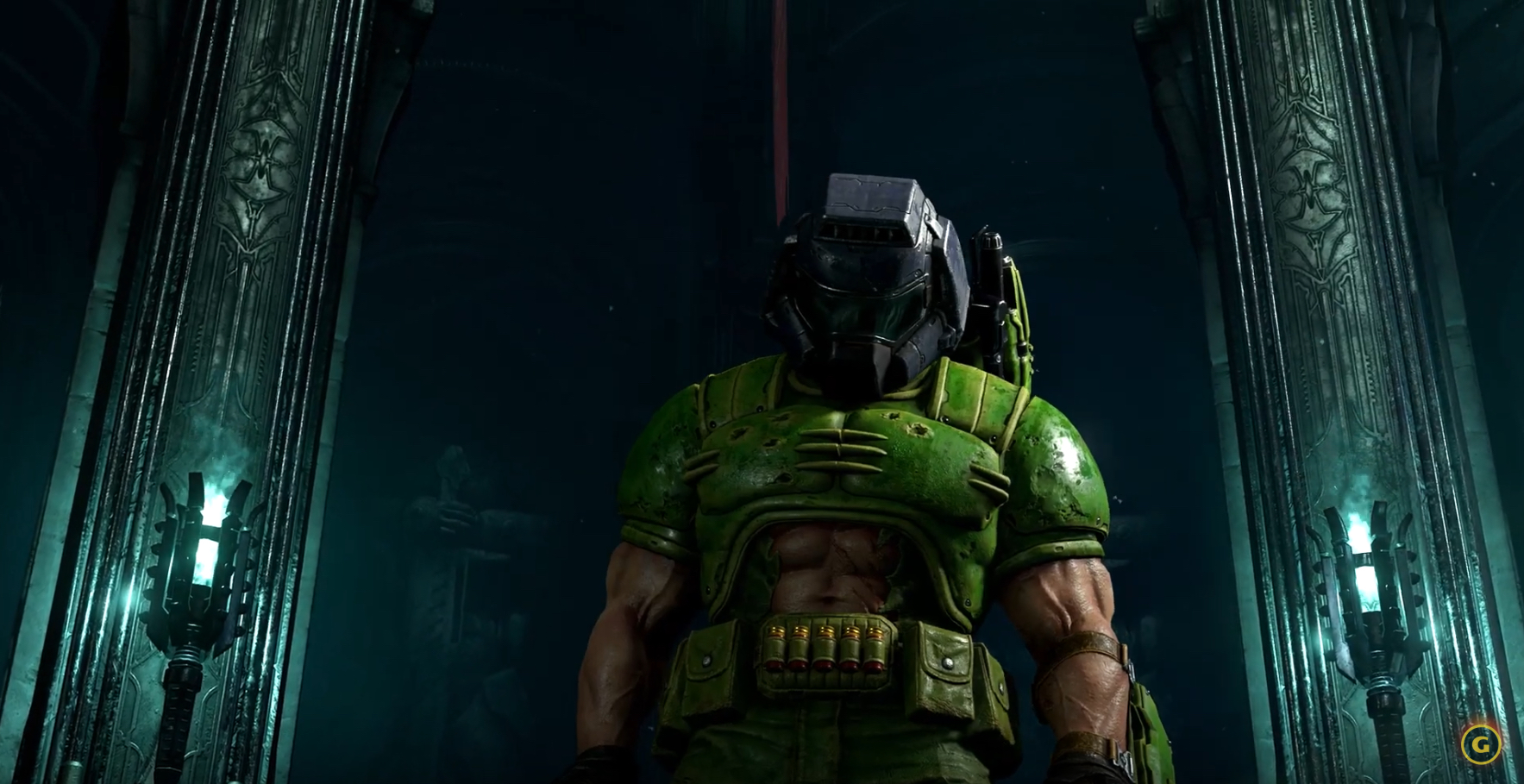 The next installment in the iconic Doom series is Doom Eternal. This upcoming first-person shooter seems to be picking up where Doom 2016 left off, but dialing the action, guns, and metal music up to an eleven. That should make fans of this storied series extremely happy.

Leading up to Doom Eternal’s March 20 release, id Software has done an outstanding job at pushing the game. We’ve already been treated to extended footage of gameplay, breakdown videos of various demonic bosses, and clips of the story. So far, Doom Eternal is looking like one of the best games of 2020.

A new trailer just came out that shows a little bit more of the cosmetics you’ll be able to equip to your Doom Slayer. The trailer shows all sorts of skins being swapped out. Some feature vibrant colors like purples and blues while others have a more stripped down feel.

Cosmetic customization has always been something the previous Doom installments lacked, so it’s great the developer is recognizing the need for added personalization. It should make Doom Eternal a more personal experience for players as they battle demonic forces to save humanity.

The trailer concludes with a unicorn skin. That’s right. You’ll be able to dress up your beastly Doom Slayer with a pink and white unicorn costume if you link your Twitch Prime account with your Bethesda.net account. That’s something many fans probably didn’t expect in a Doom game, but these costume choices instantly give the series a new layer that should provide fun experiences.

All of the skin choices sound great, but just how will players go about getting them? The developer hasn’t really gone into specifics just yet, but it would make sense for them to go down the microtransactions route. If they do, hopefully the skins are still reasonably priced.

Microtransactions have always been a hot topic of debate for the community. On one hand, there are those that understand the developers needing to keep the revenue stream going. On the flip side of the coin, there have been many shady practices that took advantage of gamers’ willingness to spend frivolously.

Let’s just hope id Software is upfront with their pricing, and even perhaps let you earn a lot of the cosmetics through game progression. That would be a successful recipe that shouldn’t turn gamers off regarding the cosmetic aspect. March 20th is just around the corner so we’ll see sooner rather than later. Let’s keep our fingers crossed.

State of Survival Survive The Zombie Apocalypse Updates The Game To Version 1.7.30 And Themed Events And Skins