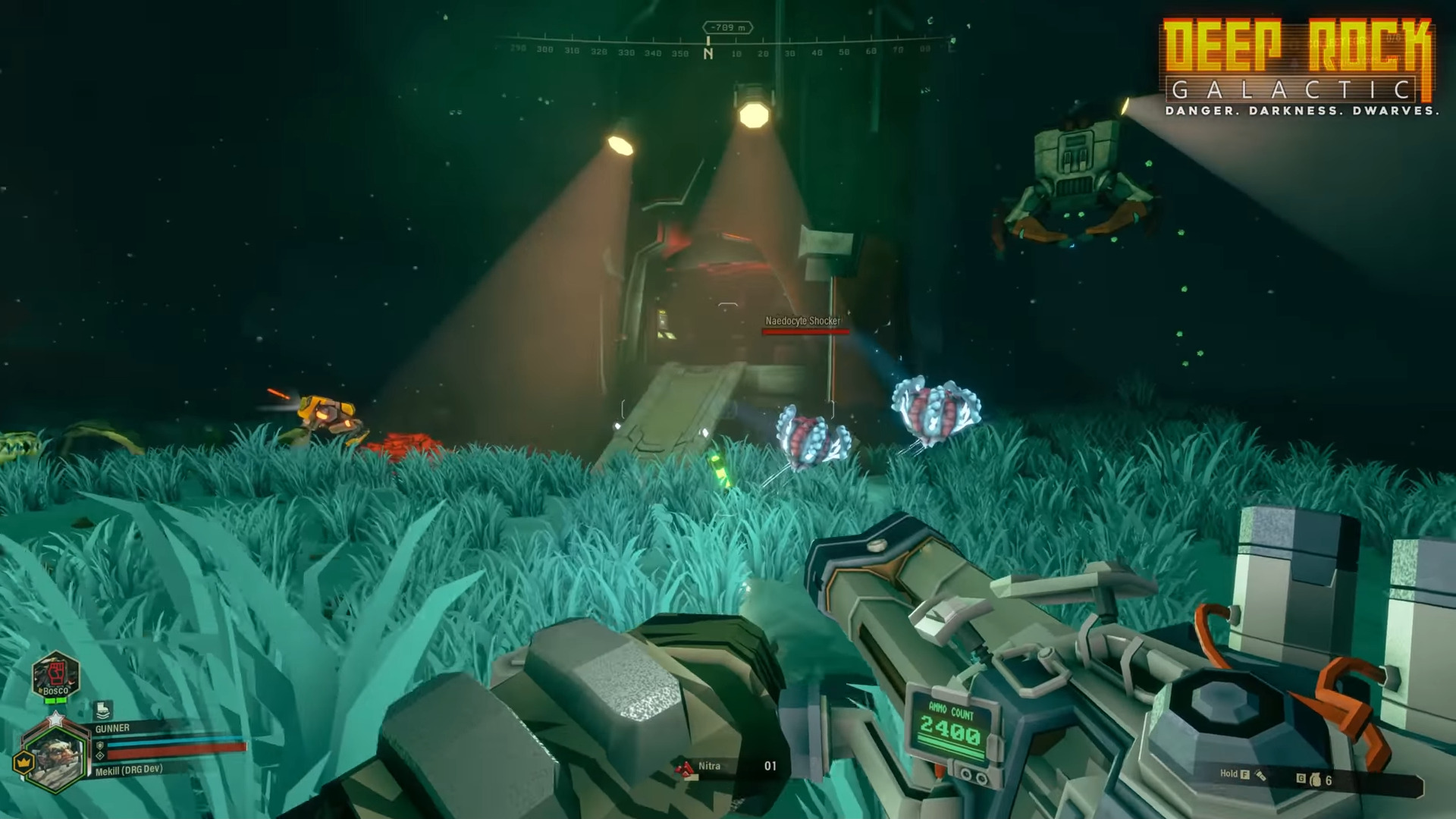 Rock and stone: the wildly successful title from Ghost Ship Games that deftly navigated the Early Access waters on Steam by (gasp) welcoming discussion and feedback from players has just released its first post-launch content update, and it’s a bit of a banger.

It’s fair to say that while the core of Deep Rock Galactic is refined and clear, it can also lack a bit of variety, even on deep dives that are crafted to test competence and skill with the title as they throw increasingly difficult hazards at the mining team as they drill ever-closer to the heart of a planet in search of fantastic minerals and precious resources.

The first post-launch update, Update 32, aims to address this head-on with a few minor tweaks and tinkers to ensure that the game plays out as the developers imagined.

The first new mission is On-Site Refining was teased last month if you’ve been keeping your ear to the ground.

Miners will need to find liquid Morkite deposits and plumb them with pumps, connect those pumps to pipes, and send the whole mess towards the refinery while trying your darndest not to die to massive waves of bugs all the while.

GET READY TO DRILL, MINERS! Update 32 – ROUGHNECKS AT WORK and the Roughneck Pack DLC have landed on Steam! Enjoy two new mission types, a bunch of QoL updates, and glorious new beards and other cosmetics + more!
Patch notes here: https://t.co/ZhqcFxfFnT

The building and planning can be rather enjoyable with a good group of friends, and on harder difficulties becomes an absolute delight to navigate complex cave systems with an ever-increasing mess of spaghetti pipes.

The second mission is a bit more linear as asks miners to ensure that their weapons are properly cleaned and lubricated beforehand; Escort Duty has a team of miners following a massive Drilldozer that is on a mission to mine an Ommoran Heartstone. The massive beast of a Drilldozer tends to attract some unwanted attention from the local wildlife, so make sure you keep that perimeter tight and communicate your reloads and leaks to your other teammates lest you become overwhelmed.

A new cosmetic pack accompanies the update, called the Roughneck Pack at $7.99 for cosmetics only; the content is free for everyone to dive into.

New dwarven shouts have been added that generally accompany the two new mission types, but can also be heard on standard missions as well.

Lace-up your boots, dwarves, this ore isn’t gonna mine itself.

Sep 25, 2020 Jeremy Green 4820
One of the better first-person co-op shooters that came out in 2018 was Deep Rock Galactic by Ghost Ship Games. Its concept of space dwarves moving... 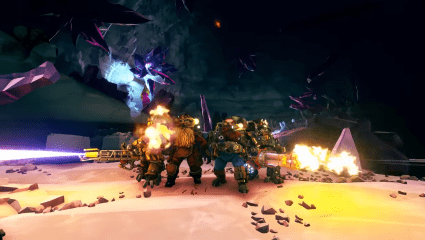 Jun 10, 2020 Chris Miller 8760
Rock and Stone, as always. Fans of Deep Rock Galactic have had plenty to celebrate throughout the journey of the title through the Early Access...