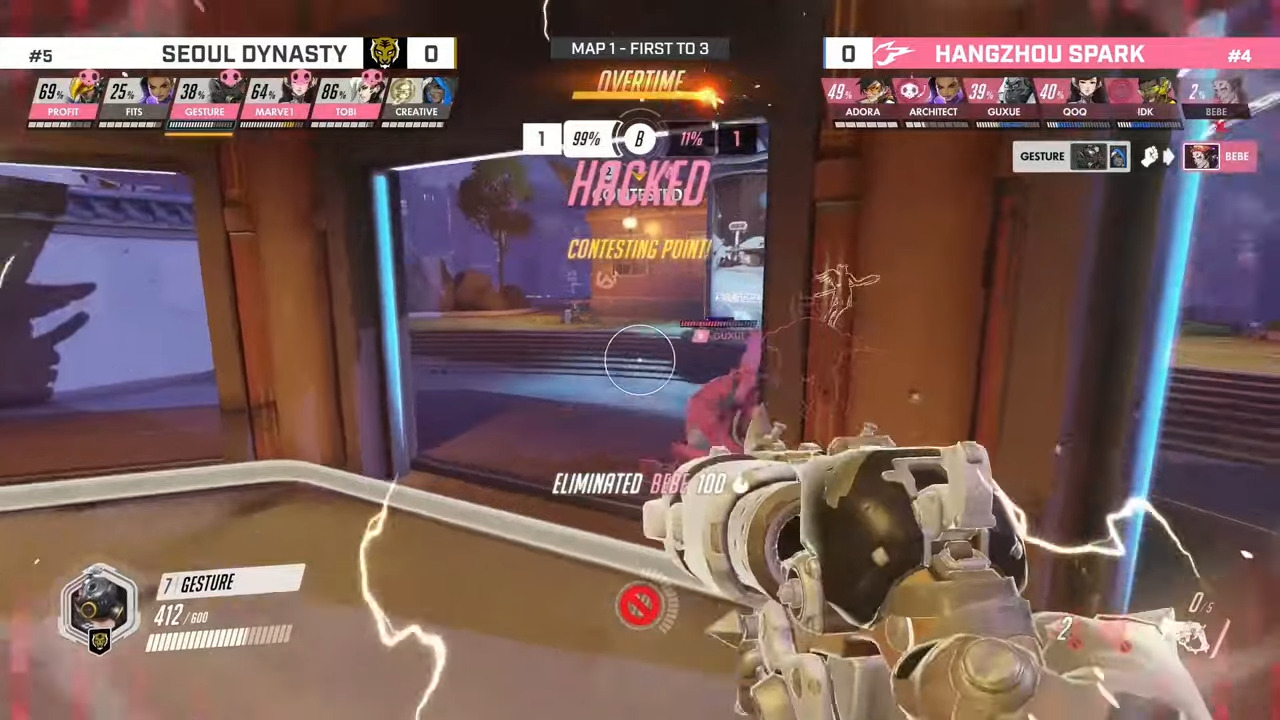 Well, this is something that at least happens to make sense coming from the Overwatch League offseason Thanos snap that has seen entire teams waylaid as three-year contracts expire and rumors and allegations of league-wide collusion sprout up.

The Seoul Dynasty managed to end up at rank eleven out of twenty as the 2020 season came to a close, and were knocked out of the playoffs and finals thanks to an unfortunate appearance early against the San Francisco Shock that threw them into the lower bracket; they fought through and managed to fight in the Grand Finals against the San Francisco Shock yet again, yet were thoroughly knocked down in a (4-2) series that occasionally struggled to appear competitive.

Officially, this means that they’ve finished second as far as the finals are concerned, but it seems to matter little: the Seoul Dynasty look primed to drop the majority of their remaining roster minus Profit and Gesture.

In terms of star power, it frankly makes sense: Junyoung ‘Profit’ Park has made a name for himself in the earliest matches of the Overwatch League during the inaugural season, going head to head against some of the greatest names such as Fleta and coming out ahead as a flex-DPS that can use almost any type of weaponry: from Tracer to Hanzo, Genji to Pharah, his aim and vision are rarely rivaled in the server.

Jaehui (Jae-hee) ‘Gesture’ Hong is a man who similarly needs little in way of introduction: the main tank player rolled with the London Spitfire for both the inaugural season and second season, shifting over to the Seoul Dynasty from the team that dropped in the 2019 playoffs against the San Francisco Shock.

There’s a pattern there involving the Shock dominating everyone.

Gesture is the main tank that has recently been playing a heft of Winston, with minor stints recently as both Orisa and Reinhardt.

The announcement comes with what could be a heavy disclaimer, that they’re still seeking League approval before the announcement is considered official.

I was wondering who was gonna bring this back 😂

The question continues to be who the Seoul Dynasty is looking at picking up: the contract status currently for Jin-Mo ‘Tobi’ Yang states that his 2021 option was declined which likely will leave a large hole in the support side of the roster, along with Seung-Tae ‘Bdosin’ Choi.

If Profit and Gesture could shore up a few arguably weak performances seen from them in the 2020 Season, the Seoul Dynasty could have massive potential in the upcoming season of 2021.

Minecraft Musical Event, Stratosfest, Offers An Impressive Array Of Artists For The Low Price of Just $12