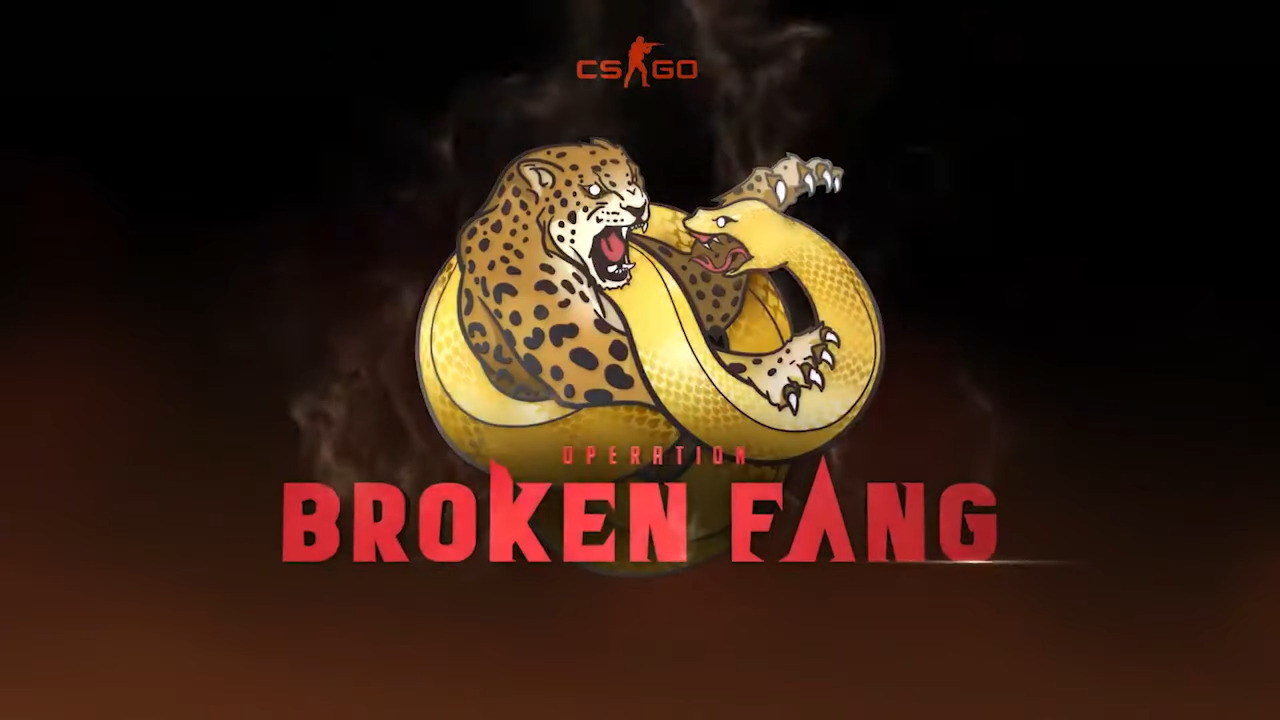 While the Counter-Strike developers enjoy taking the Twitter account for a spin to bait millions of users into presumptions and half-baked theories (that multiple fans have made careers of attempting to decipher while assuring everyone that Source 2 will be released any day now), it is fun to watch from a distance while attempting to suss out precisely what bodes as incoming updates and which are just taking the wind from a few saails.

RELATED: Hegemony: Ascensionem Is A Free MMORPG That Is Using Minecraft As an Engine

Today, CS:GO went a bit rampant with their teasing, however, clueing in many that,. just possibly, something wicked this way comes.

Sorry, got caught up with some work stuff. I think Thursday's going to work better. You available then?

This time they delivered.

The new operation is called Broken Fang and has officially been released, a bit over a year since the last operation was published on the title which was called Shattered Web.

Broken Fang is bringing about the bells and whistles that fans of the title have come to expect, and then a few more on top: one new competitive map, two new community maps, new operators, a bunch more skins for weapons (and some look positively delectable), a new coin to level up by completing new challenges, and even a new game mode.

It’s a lot to unpack.

First, a new competitive map is filling the Aztec-sized hole in our hearts with a fantastic mid with long sightlines and the rest of the map being filled with twists means that the SMGs are likely to be getting a workout, and smokes are king when multiple corners mean it’s easy to miss a flash. 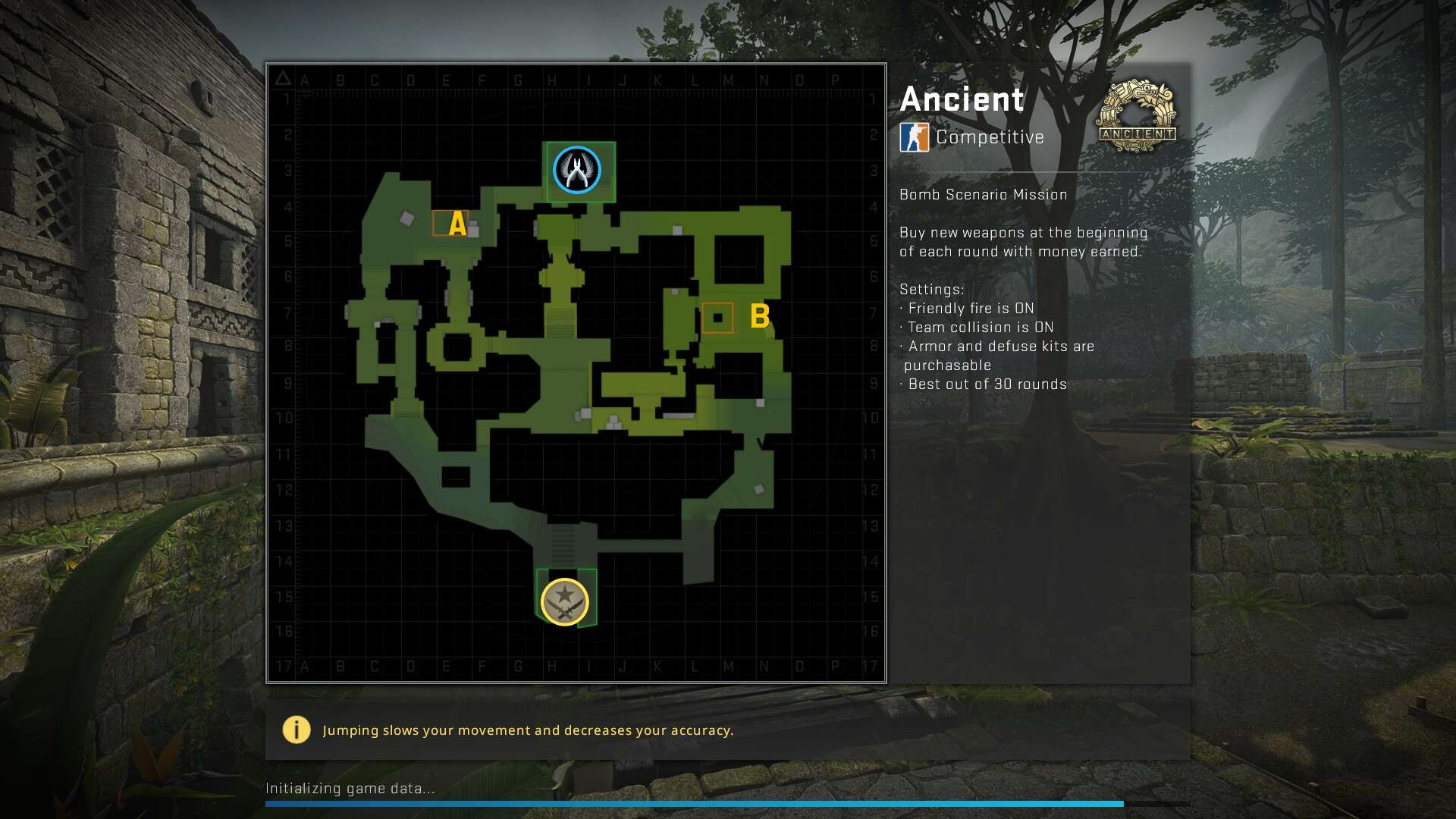 A strong mid control along with early rotations (to counter for the distance between the two sites) is key to a strong CT while T will be far more interested in attempting to shut down one of multiple chokes littered across the map while trying to gain control of mid themselves.

It plays similarly to Aztec, beyond the greenery and moss that prevails across the map: lots of corners and a few long sightlines.

The two community maps are likely already well known: Engage features a mass car manufacturing plant and holds an interesting number of elevation levels that players will find consistently alters firefights to favor the elevated. A few quirky jumps offer off-angles to hold on bombsites, and firefights around cars on the floor are common.

The higher up you are, the less of you the enemy can shoot. 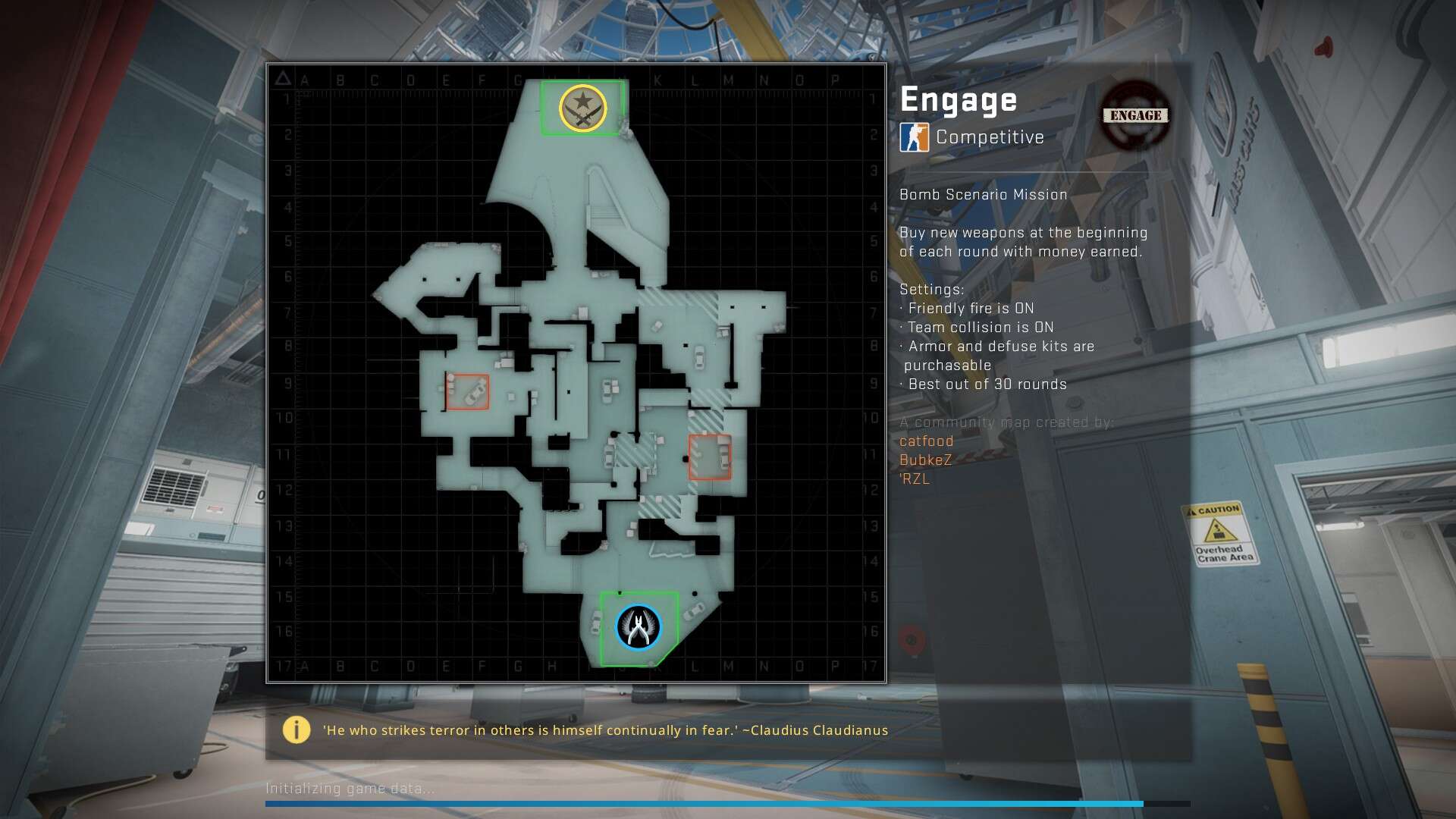 Apollo rounds out the group of three with a NASA-like building that offers interesting insights to space missions past and present, much as you would expect a NASA-museum to offer. You can expect catwalks and angles much akin to the workshop map Lite with halfwalls and narrow corridors. 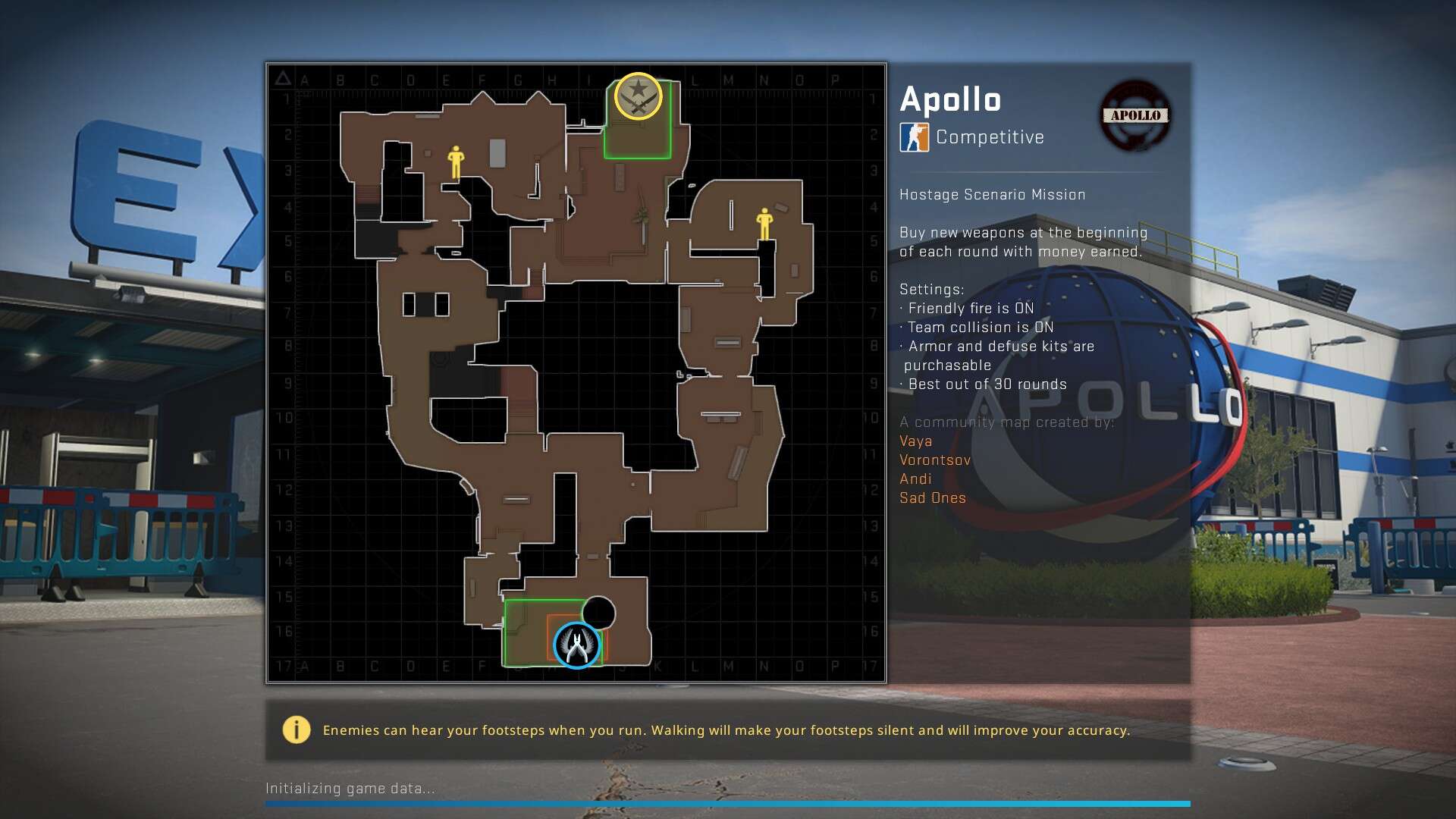 Two other maps, Guard and Frostbite, have both been added as accoutremental gamemodes.

Retakes are a new game mode that the more serious fans of Counter-Strike are already well-versed with as they’ve been stomping grounds of community servers (to allow practice of precarious situations). Now, however, they’re getting an interesting inclusion as they’re welcomed into the fold of standard Counter-Strike: users will select cards before rounds that dictate what weapons they’ll have available along with utility.

Everyone selects a card, and you’re in a 3v4 retake situation with T getting the short end of the stick.

It’s fast and fun, but more importantly, it’s impeccable practice for whatever situation you may find yourself in. You can also play this game mode with your personal overtuned bots and actually get a decent warm-up before stepping into servers, but this is arguably the most enjoyable game mode that has been added since bump mines were brought to Danger Zone.

With this comes new agents, better in-game stat tracking, new cases to gamble on, and a few new graffiti sprays that can help liven up your play in between deaths. Right now, it’s good to be a CS:GO player: better hop in while the operation is relevant.