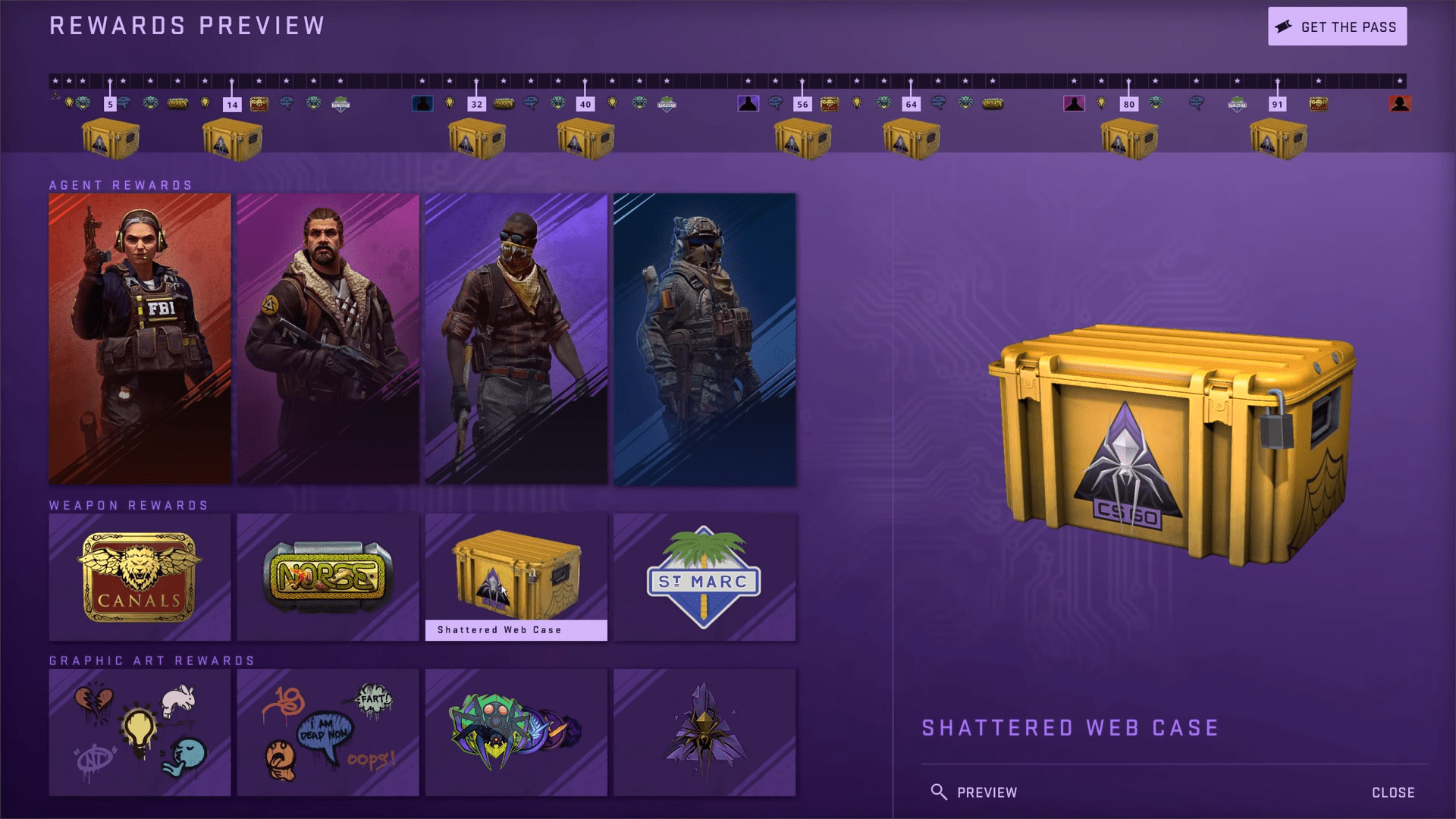 Counter-Strike: Global Offensive is the longest-running competitive shooter; it continues to lead the popularity contest in concurrent players on Steam, it’s Majors attract hundreds of thousands of viewers internationally, and I still have the worst players on my team, every time.  Yet beyond your skill limits, it continues to gain ground as one of the most tense skill-based shooters on PC, and nothing comes close to matching the professional e-sport league.

Valve has decided to match their announcement of our leaked Half-Life title being both factual and upcoming with a brand new Counter-Strike operation coming underway and ready to play now.  While previous operations allowed new missions, which are objectives you must complete in multiplayer rounds, the newest operation dubbed ‘Shattered Web’, players can unlock specific operator skins to play as in various maps.

The operators do not hold specific merits and demerits, there are no unique abilities being added into the game; they are little more than skins.  Beautiful skins at that, yet skins they are.  Don’t be disheartened, as if Valve has taught us anything, it’s that people will spend near-infinite amounts of money to look cool in hats, or hold cool looking weapons that perform exactly the same.

Along with the new operators, there’s also a new end of the game screen, where it shows your hero and numbers for everyone to envy.  In the FAQ preview, some are holding their custom skinned weapons, and others are emoting, all with specific statistics earned during the match, from chicken’s murdered to ADR.  This post-round is clearly to help users show-off their hard-earned/bought skins, and it seems like a fantastic way of also showing your accolades earned in the match.

Beyond the operators and game screen, the newest crates have a beautiful collection of new graffiti tags, stickers, weapons, and knives; the Steam market is currently going haywire on prices for items found in the crates.  Be wary of what you sell, currently, and how much you sell it for, as the price is sure to wildly fluctuate for most items over the course of the next week.

There’s somehow still more to this update, beyond the characters, crates, end of round screens, and missions: two new maps have been added as well, both available for regular matchmaking.

Lunacy takes place in a lunar colony in space, featuring a strong mixture between short and medium-range engagements around the map.

Jungle takes place on a tropical island and seems to favor mid to long-range engagements.  Jungle is also available to play in the newest game mode, Danger Zone.

With this much content still coming out, picking up the challenge coin seems like a no-brainer; knock out enough missions, and you can select a unique avatar as well.