Half-Life 3 Has Just Been Leaked For Half-Life 1’s Anniversary, And It Seems Authentic 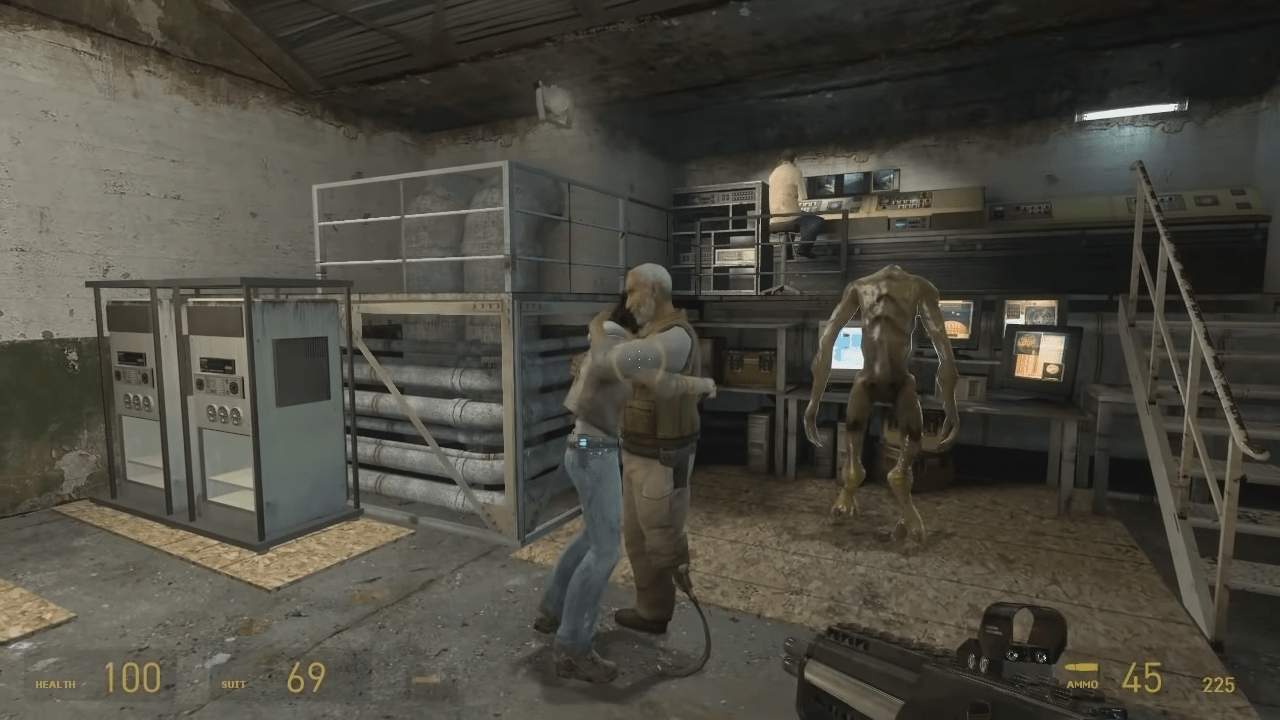 The squeaky wheel gets the grease, and I’ll take accolades for being the squeaky wheel.  As we all know, it’s Half-Life’s birthday time, November 16 and 19 marking the fifteenth and twenty-first anniversary for the staple titles that permanently changed the face of first-person shooters.  Fans around the world have been chomping at the bit for a new Half-Life game which seems to never come forth, and Valve has never shown interest in furthering the franchise.

Half-Life has made its name as a technical showcasing title, showing other studios how new technology could be incorporated while making massive profits off of being the first to do so.  This pattern admittedly faltered in recent years, with DOTA Underlords being a mirror of other titles eager to capitalize on the new format.

Yet VR continues to be a relatively untested format that shows consumers are unwilling to risk yet another VR platform attempt going south, even after massive companies have joined the fray.

All of this culminates in a perfect storm for PC gaming fans, and it looks like we have a leak for the next Half-Life game, and it only took over a decade.  Despite the timeframe that it took for a new title, gamers will be crawling all over the opportunity to revisit the dystopic world of Gordon and Alyx.

"I will marathon stream the Half-Life games on the day HLVR gets announced" pic.twitter.com/n5xonRcuQI

Thus far, everything makes sense as we attempt to sense the general truths behind the leaks; there is a new platform that arguably has yet to see mainstream incorporation, which is prime real-estate for Valve.  The announcement is to coincide with the twenty-first anniversary of the original Half-Life, released in 1998.

Currently, further information regarding the newest Half-Life title is sparse; it’s generally accepted to be a virtual reality title, yet bear in mind that nothing has been confirmed.  There has been a singular paste-bin link with overheard conversations regarding the newest Half-Life title, from the individual who leaked DOTA Underlords, that has everyone scrubbing through and gleaning whatever there is to be found.  It may be difficult to read, but this is the source for the current leaks:

– “but why does this have to be VR only?”
– Which you know is a fair concern for people, right? It’s like, are they forcing me to buy VR to have the next “Half-Life” experience?
Is that just ’cause you think the opportunity for innovation was sort of in the VR space with this? You’re not doing a flat screen
version of this game, right?
– Yeah, I mean we would love to be delivering a version of this that you could play with a mouse and a keyboard, but like as we said,
it began as an exploration of VR, (snippet ends)
– But then again it brings – obviously to this one, and why this, why now? Some people would probably cynically say, oh Valve has to go back to making games now that Epic’s chippin’ away at Steam, and “Artifact” wasn’t necessarily the hit
everyone wanted it to be, (snippet ends)
– (geoff talking)
March 2020, “Half-Life: Alyx” comin’ out, and again, yeah, we’ll do “The Final Hours” next year. You know, it’s been so fun to do those
with “Half-Life”, “Half-Life 2”, “Portal”, and that will take everyone through really the past decade at Valve and all that you guys have been through, all the experiments that you don’t know about, (snippet ends)
– You can see their whole body– Respond to the situation.
You know, panicking, dropping clips on the ground as they fumble their weapons ’cause a zombie’s in front of them, all
these things, they’re just – it’s been really fun watching playtests.
– Anyway, so yeah, it’s been really fun to build this. I think wherever we go next, or whatever platform,
whatever we focus on, I think we’re excited– Come on Robin (walker), say it!
We wanna know why — No but as you said, the engine is now at a point where it’s like, you can do this stuff now, right?
– “Yeah, the engine is ready now.
I think it’s like Robin
says, we want to put this out
and see how the world reacts to it
before we make any concrete
plans about what we do next.”
(snippet ends)

Informal conversation abounds, but we can glean a few things: play-testing has been underway for a while at this point, which means that we could have this title in our hands as early as 2020.  It doesn’t appear that it will initially be feasible to explore the newest title without a VR set.  This will all come to a head on November 20th, during a Twitch Streamer’s live-stream.

Jun 4, 2020 Jeremy Green 5640
After many years of being absent from the gaming headlines, the Half-Life series came back kicking with Alyx. This VR game has taken the Half-Life...

May 30, 2020 Chris Miller 14170
'Give me modding, or give me a slightly worse experience that more accurately reflects the developer's vision of a specific title' would be a...