It was more of the same for Cloud9 on the biggest stage of the Spring Split today. The League of Legends team swept aside FlyQuest in three games to take home the 2020 LCS Spring Split title.

The first 20 minutes of game one were close. FlyQuest matched Cloud9’s characteristic aggression around the bottom side of the map, but the superior teamfighting and decision-making that Cloud9 showed all split eventually won out in the 40-minute contest and carried them easily through the next two games.

FOR THE FIRST TIME SINCE 2014, @Cloud9 ARE #LCS CHAMPIONS! #C9WIN pic.twitter.com/g0b1sObOwJ

All of the team’s five starters were named part of the All-Pro first team earlier in the month. And after reigning MVP Dennis “Svenskeren” Johnsen departed from the team, first-year starter Robert “Blaber” Huang made sure the award stayed with Cloud9, earning the title of MVP ahead of today’s finals. Cloud9 dropped only two games all year with this rebuilt roster. With this seemingly inevitable cherry on top of a dominant split, this iteration of Cloud9 has cemented itself as one of the best North American teams of all time.

With this trophy, ADC Jesper “Zven” Svenningsen also became the first player to win a championship in both North America and Europe. His lane partner and record buyout support Philippe “Vulcan” Laflamme took home Player of the Series honors in the finals. His engages and roams on Nautilus and Thresh both alleviated and provided pressure, especially around the mid lane, effectively working as a second jungler. 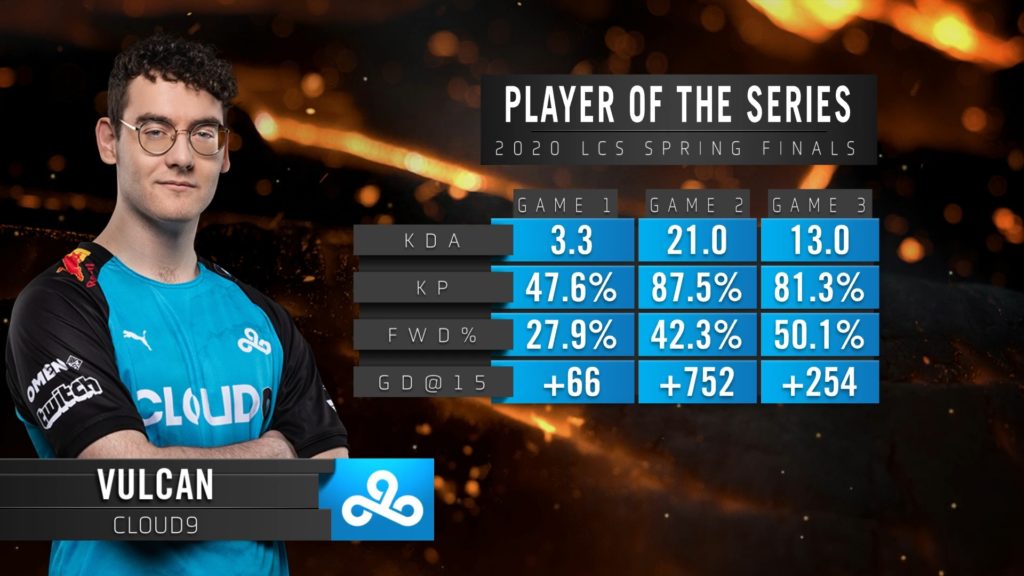 FlyQuest’s first finals appearance ends in disappointment, but the roster peaked at the right time going into and throughout the playoffs. The substitution of Colin “Solo” Earnest late in the season in the top lane looked more and more genius as the playoffs went on. Similarly, the former Misfits mid lane and support pair of Tristan “PowerOfEvil” Schrage and Lee “IgNar” Dong-geun looked like the best versions of themselves at several points during the split, the latter consistently putting on Rakan clinics whenever the champion slipped through bans.

Including playoffs, Cloud9’s 26-2 record constitutes the best split ever by a North American team in terms of win percentage. With their ticket punched to MSI, the hope for the team’s fans as well as fans of the region is that this dominance extends to more international success for Cloud9 and that this roster can serve as a model for other North American teams hoping to make that leap. Hopefully we get to see more of Cloud 9 quite soon.