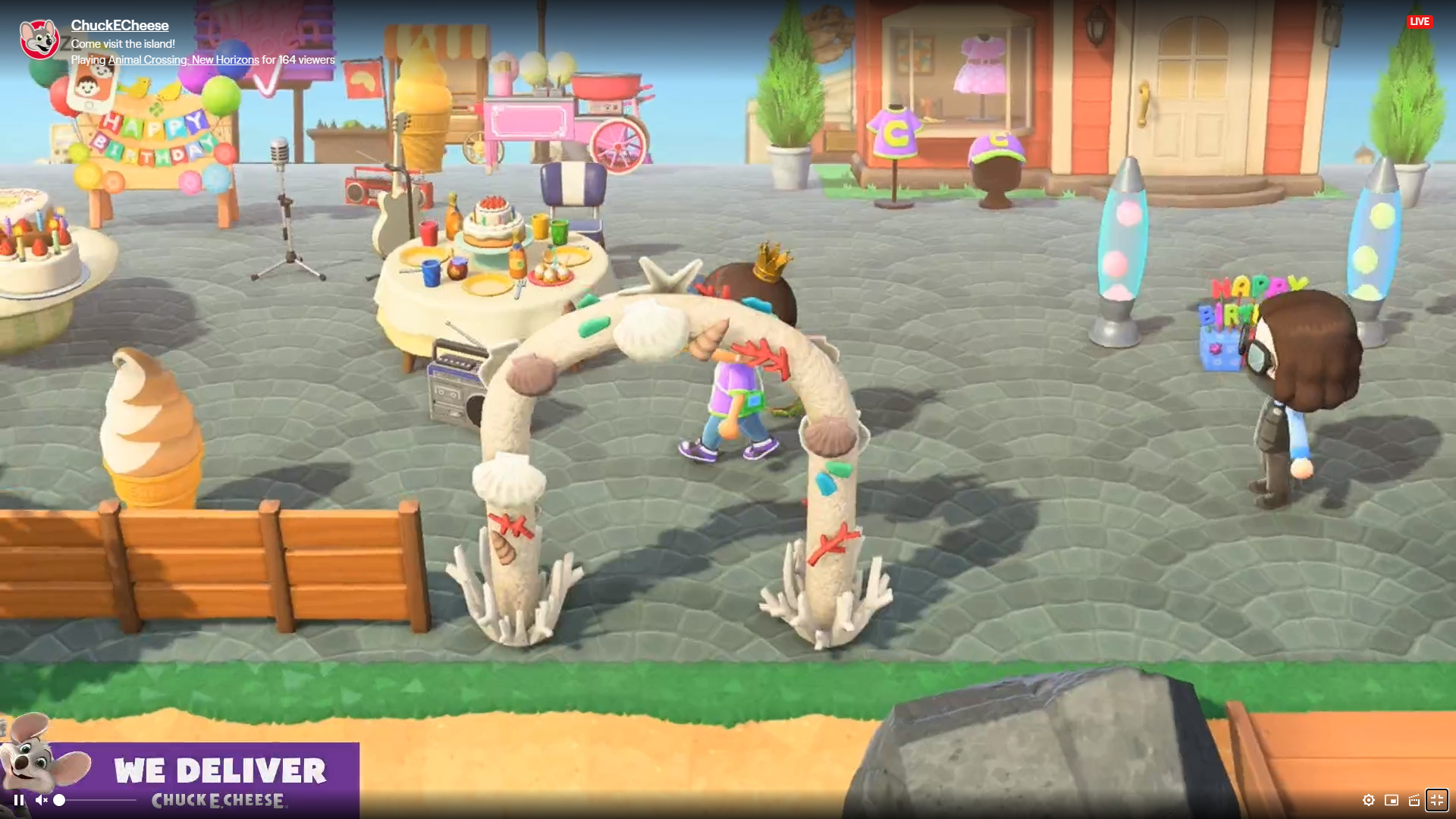 When we think of Chuck E Cheese, we may reflect back on the younger years of our lives as we ran through an arcade where every joystick was covered with grease and/or saliva, asking for additional tokens from parental figures and turning in tickets for various prizes.

In more recent years, Chuck E Cheese has become synonymous with LiveLeak and WorldStar as families battle it out over who the actual ball-pit royalty is while serving questionable pizza.

Chuck E Cheese has been somewhat thrust into the gaming industry, specifically the esport scene thanks to the Overwatch League, and it looks like they’re running with it as far as it will carry them.

The story-line thus far is one that only the bizarre personalities and the ‘always-on’ nature of esports and streaming culture could possibly bring, and it’s somehow all culminates in Chuck E Cheese streaming on Twitch.

Connor ‘Avast’ Prince is a well-known streamer and caster that was originally a Team Fortress 2 player, then signed to the Boston Uprising, as a support player, for the inaugural season of the Overwatch League. He didn’t see stage time and left for casting Overwatch Contenders, while offering a companion stream for Overwatch League matches which were famous for ‘unfiltered commentary’ on in-progress matches.

These brought in the opportunity for Connor to bring a ‘man of the match’ system that has undergone multiple iterations; the latest (and the one that stuck) being the ‘Chuck E Cheese’ man of the match.

Despite the Defiant not winning Mr. @LogixOW was there to be thanked.

This became a pattern for every match of the Overwatch League, poorly cropping players’ heads onto a shredded mouse torso to pose next to an equally buff Chuck E Cheese; known as Charles Entertainment Cheese to people that frequent Mr. Prince’s streams. This escalated further with the help of Christopher Mykles, who operates under the handle ‘MonteCristo’ online; Chris reached out to Chuck E Cheese about having ‘Avastcon’ at a restaurant.

Hey Monte, this is something we normally do not do, however DM us your intended location, date and contact information so that the appropriate District Manager can reach out to you. Thanks!

The shenanigans, as they are ought to do, continued to escalate in tandem with the oddities of the Overwatch League hosting staff more than pleased to offer a few opportunities to meme.

From there, Chuck E Cheese has appeared more than willing to embrace the online-culture, streaming intermittently at first in 2020 on Twitch, and more often as the year has progressed while reminding everyone that if you want allegedly lukewarm pizza with questionable topping, Chuck E Cheese delivers.

Larger brands entering into the streaming world isn’t new: Wendy’s has been streaming Rocket League in the past, while reminding users about burgers and Frosty’s that they offer.

It’s strange to step into a forward-leaning space, such as Twitch, and find a few brands attempting to inject some personality through modern mediums. It is also unlikely to cease anytime soon.

HOSPITALITY IN THE VOID! Is A Virtual Music Event In Minecraft Hosted By Mad Zoo And Hospitality 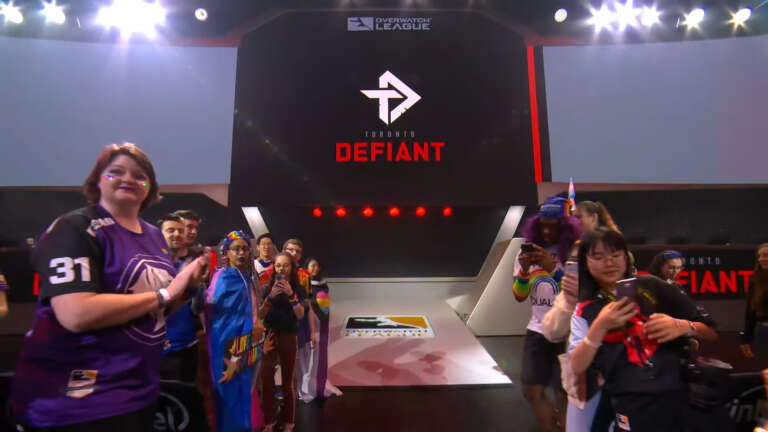 Dec 6, 2020 Chris Miller 5970
Becca 'Aspen' Rukavina has been a subject readily found on the lips of many Overwatch fans for the past couple of years, so this isn't too much out... 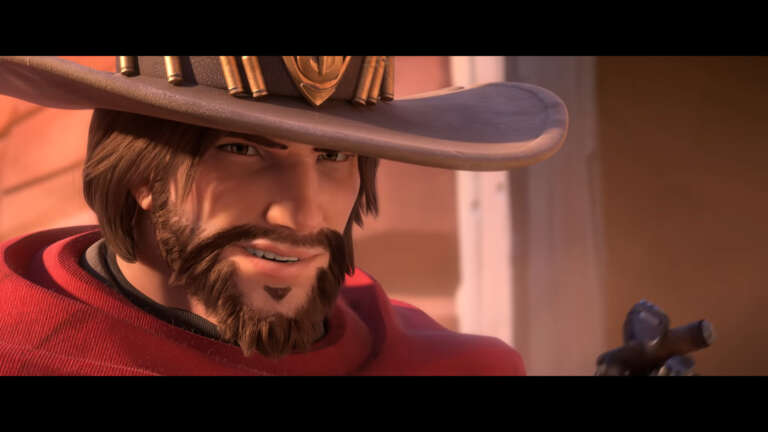 Nov 20, 2020 Chris Miller 4990
If you have been struggling to keep up on the 'grassroots' scene of the Overwatch League, then try to take heart in the knowledge that you aren't... 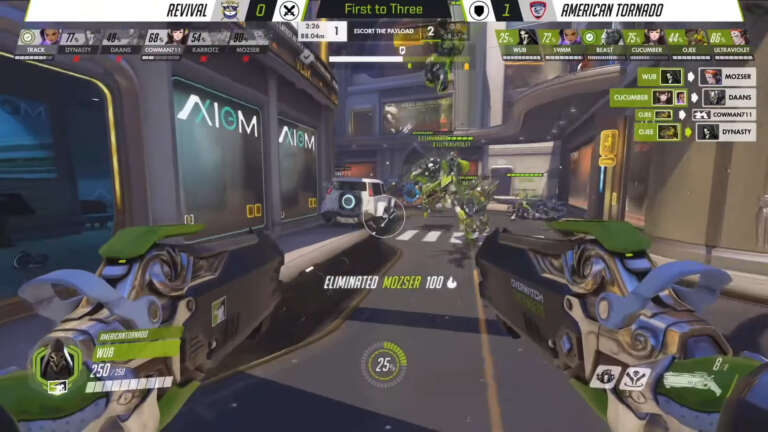 Nov 1, 2020 Richard Sebastian 5300
The Overwatch Contenders has been an unparalleled battleground for players to showcase their skill in hopes of playing in a bigger stage, the OWL....