HOSPITALITY IN THE VOID! Is A Virtual Music Event In Minecraft Hosted By Mad Zoo And Hospitality 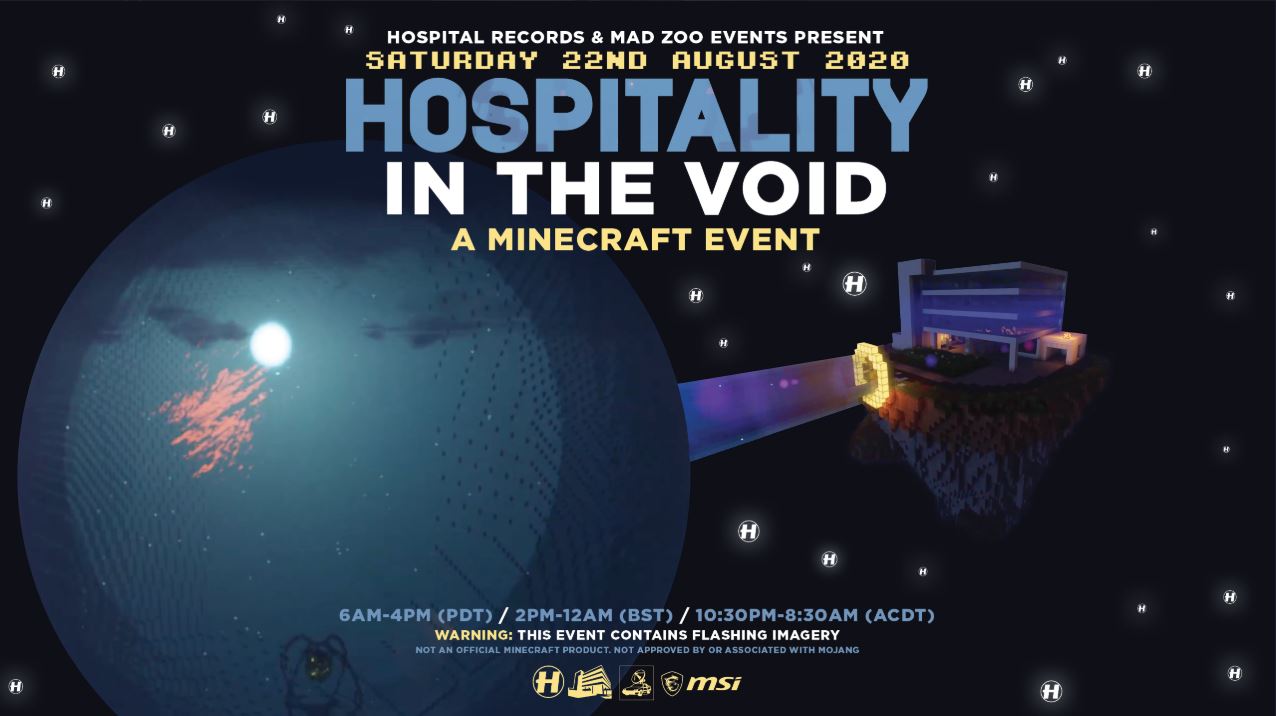 Minecraft music events have seen some trouble recently with the Rave Family Block Fest, which was initially called Electric Blockaloo, which had significant troubles and led to many Minecraft players unable to join the event after just the first day.

MSI and Hospitality, and Mad Zoo have teamed up to create the music event of HOSPITALITY IN THE VOID! 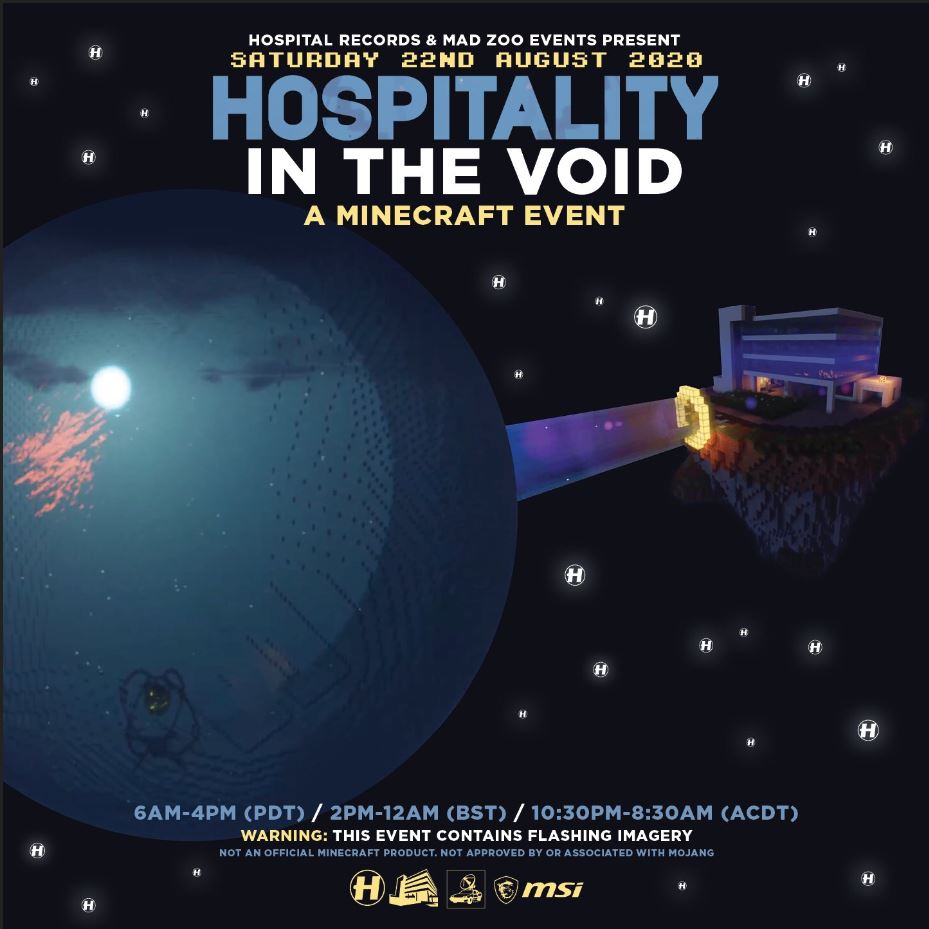 MSI tweeted out “We partnered up with Hospital Records and MSI, took all the experience from our first show, incorporated your awesome feedback, experimented with wildly different stage concepts, built a visual effect system that is taking things to the next level, and packaged it all up into a musical Minecraft experience you won’t forget!”

One of the two main parties of this festival is Mat Zo, or Mat Zo’s label called Mad Zoo, which has successfully held its own Minecraft festival back in May. After the success of Mat Zo’s festival, MSI and Hostpitatlity teamed up to create the music event of HOSPITALITY IN THE VOID!

This music event is planned to feature not only amazing artists but also fantastic builds that act as a stage for these musicians. 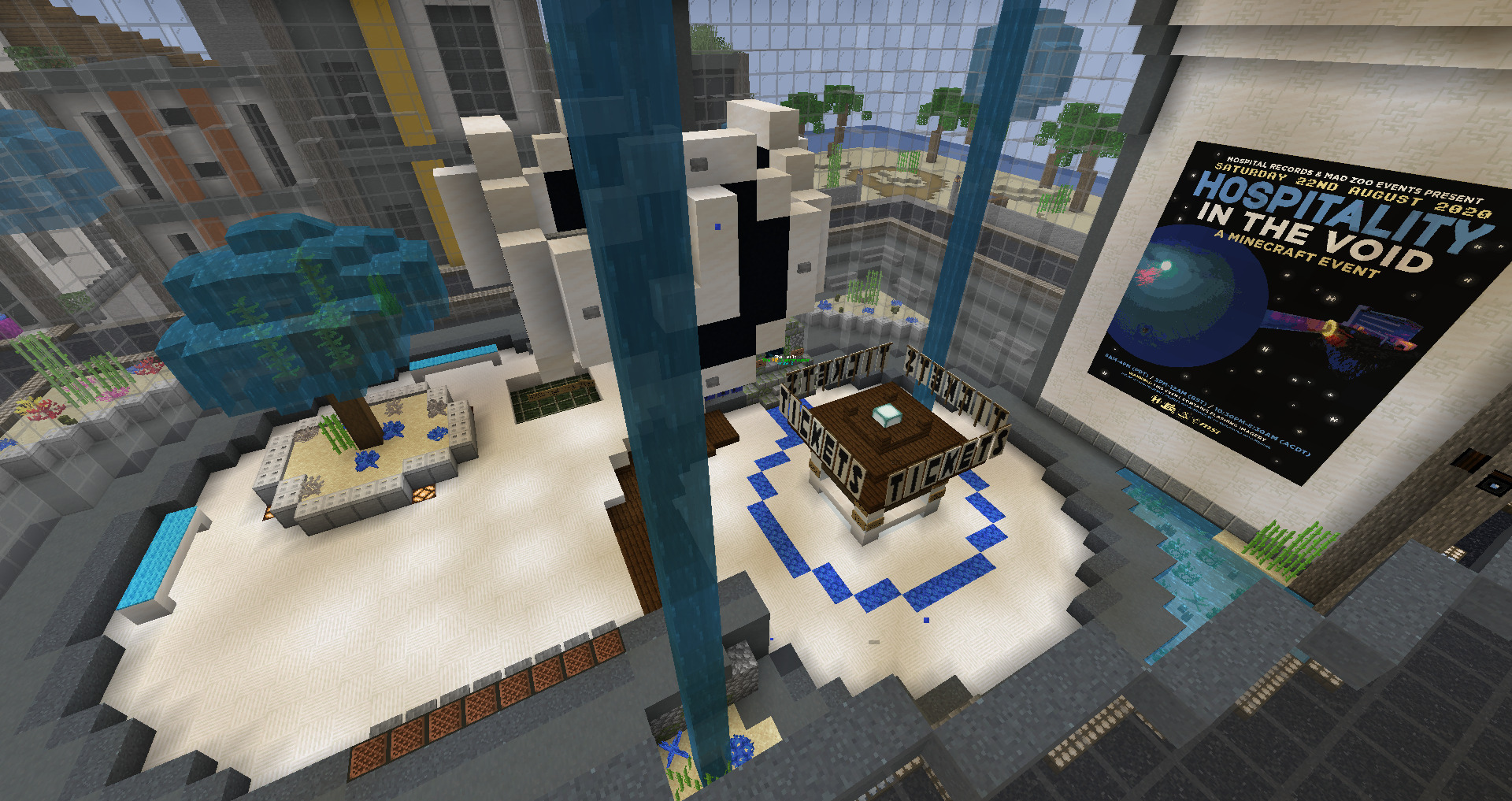 In addition to the stages, there is also a ticket shop in the server which was created by contributors and matched the theme of the stage and the server as a whole. This ticket shop was created by @liraxity, @DnbFireFlake, and @InvertedSilence and looks fantastic having banners having the letters “Tickets: showcased on it.

In addition to the tickets shop, there are streams of water and even a water tree located next to the ticket booth. 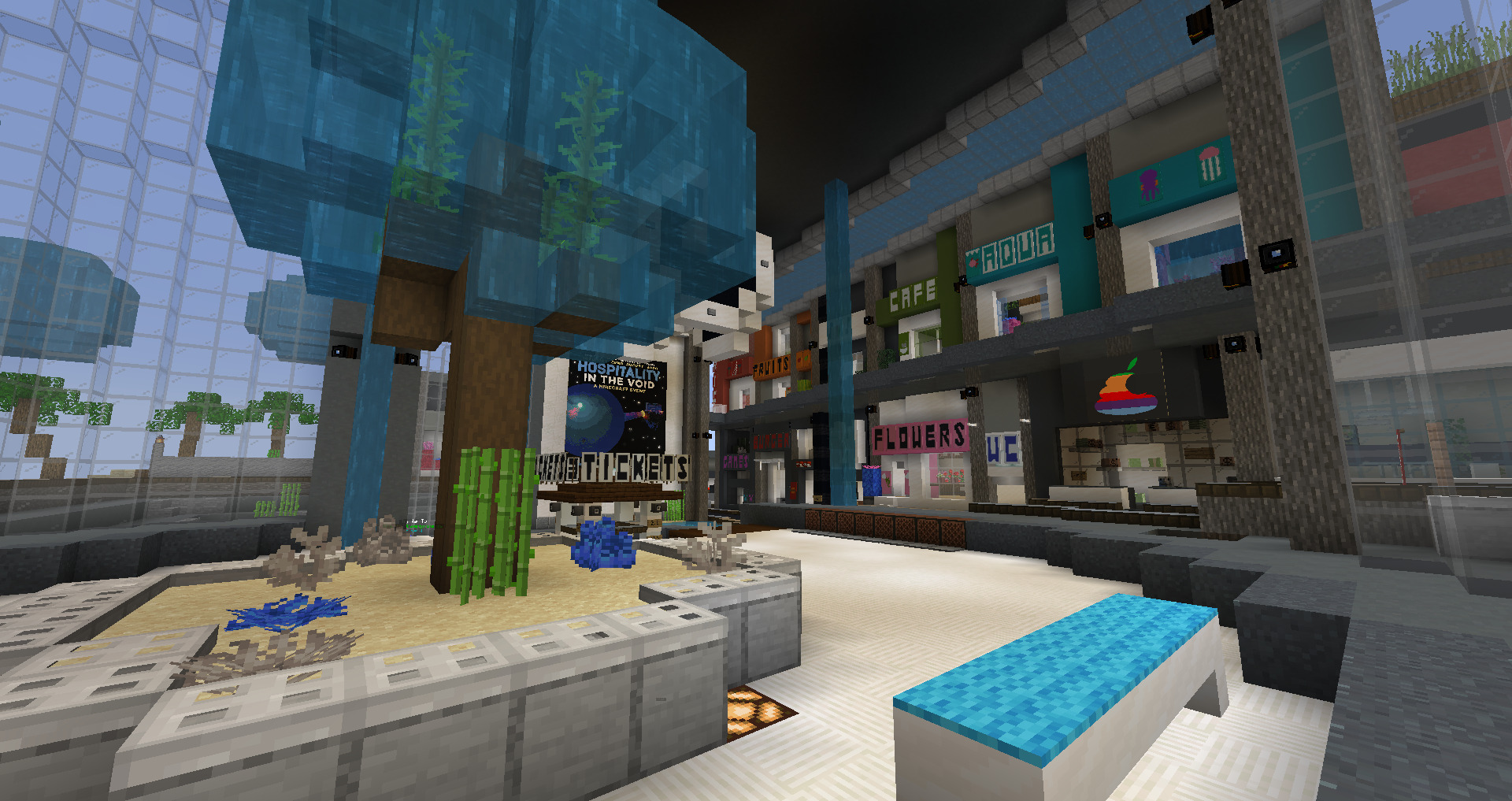 The stage’s design is also fantastic while seemingly be underwater, as shown by the seagrass and the water particles, which is shown on Mad Zoo’s Event Twitter. This stage also showcases arms that at reaching up and holding up the stage, making it visible to anyone on the ground floor or the surrounding area.

At this time, there has been no list stating what artists will be appearing, although a tweet has been made by the Mad Zoo Twitter saying that on August 6th, they will release the artist list.

May 10, 2021 Harry Alston 2210
Hidden Depths is the next content addition to Minecraft Dungeons, arriving later this month on May 26th. There isn't much information out there just...

Mar 10, 2021 Harry Alston 7180
The latest Minecraft Snapshot for the upcoming Caves and Cliffs update adds a very exciting new biome: Lush Caves. These will eventually be...

Feb 25, 2021 Harry Alston 10761
Minecraft Snapshot 21w08a, also referred to as "Cobbled Together Deeply" is another addition to the upcoming Caves and Cliffs update. This time, the...