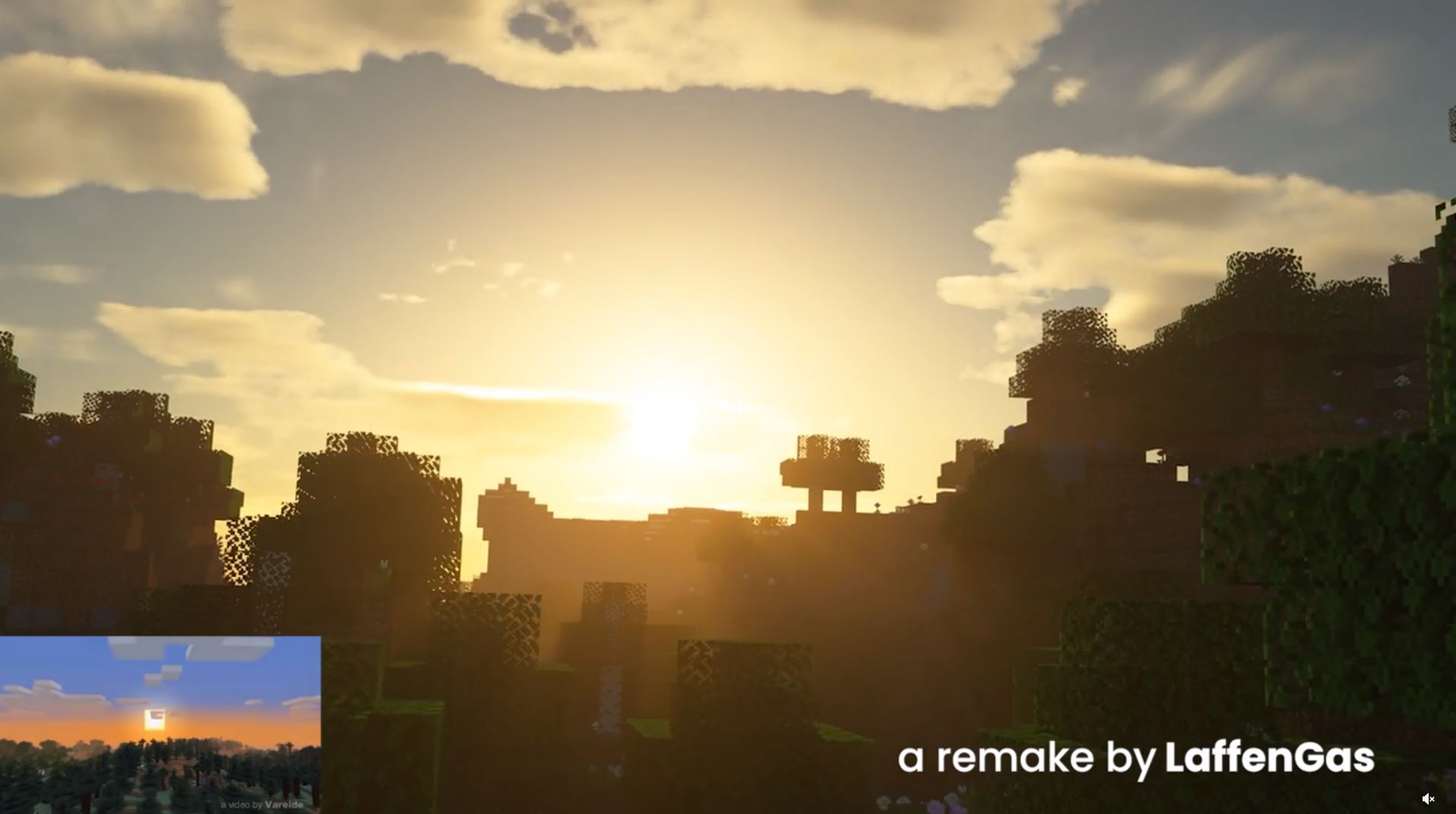 The Reddit User, LaffenGas, has recreated the original 2011 Minecraft Trailer with the Minecraft’s RTX on, showing just how far Minecraft has come in the nine years that it has been released.

While this video does faithfully recreate some aspects from the original trailer some aspects have been changed to show further how far the game has come, some of these changes include having a section where you see the player swimming, playing with a Redstone lamp and hanging out with the Villagers.

In the first changed section, the player is swimming through the water with the new animations rather than atop a large desert mound. This animation is the player being horizontal and swimming using their arms to increase the overall swimming speed.

This change shows that while there have been huge updates to the game, as the addition of Real-time Ray Tracing, or RTX, there have also been smaller updates, which include adding the new swimming animation.

Or another point is to show the new water plant (mainly seaweed) and the new water texture, which has changed dramatically since the time of Minecraft‘s release. 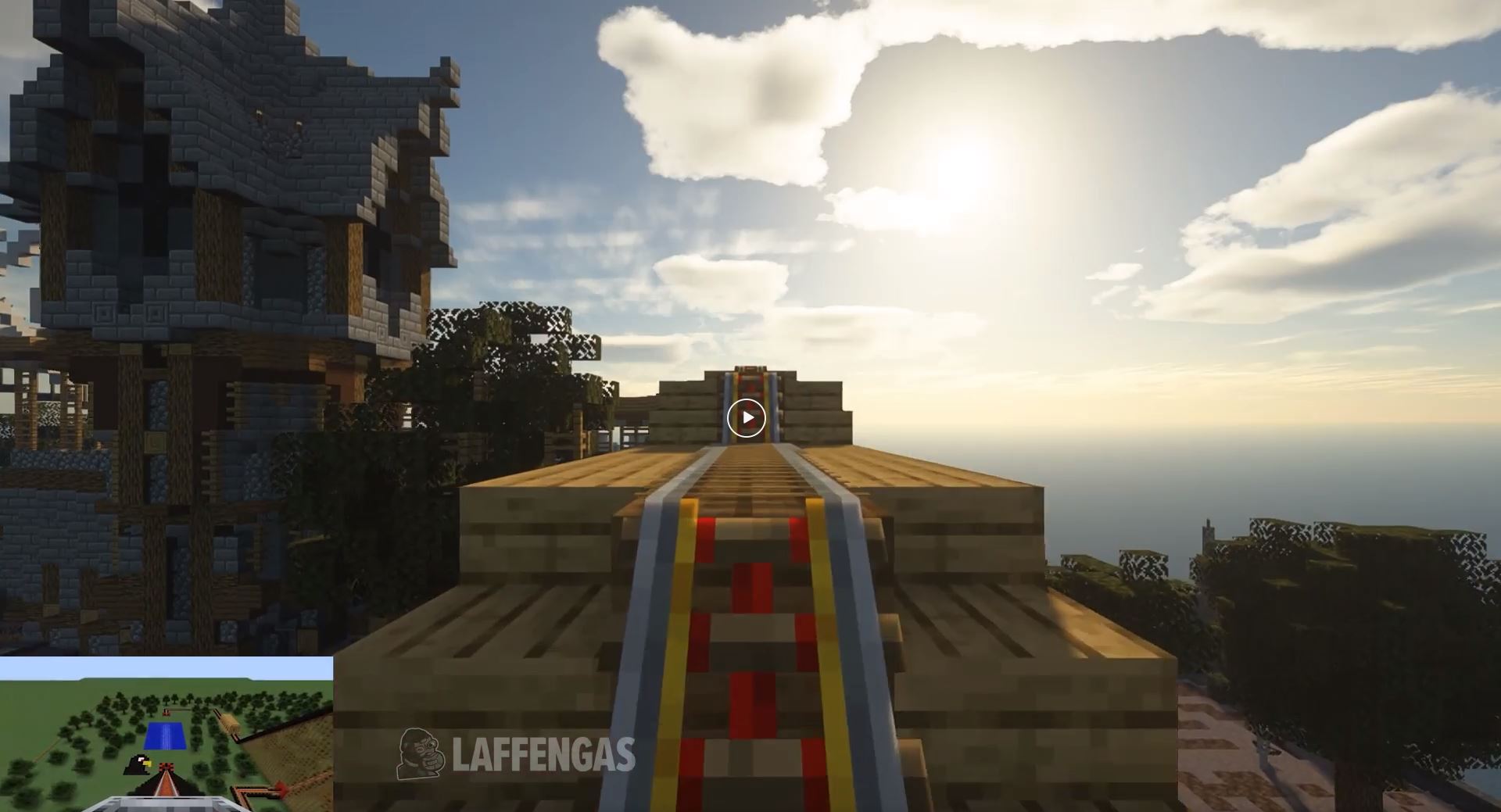 The next two parts of the trailers show the significant difference Redstone has gone through. This includes switching from a Piston to a Redstone Lamp and Redstone Switch.

The roller coaster, which was initially shown to go down into the ground while the new roller coaster goes around a large castle.

At the point where it would say play with friends, LaffenGas shows the Villagers and the Iron Golem walking around. What is recreated to is both the cracked stone house and the dark oak house. 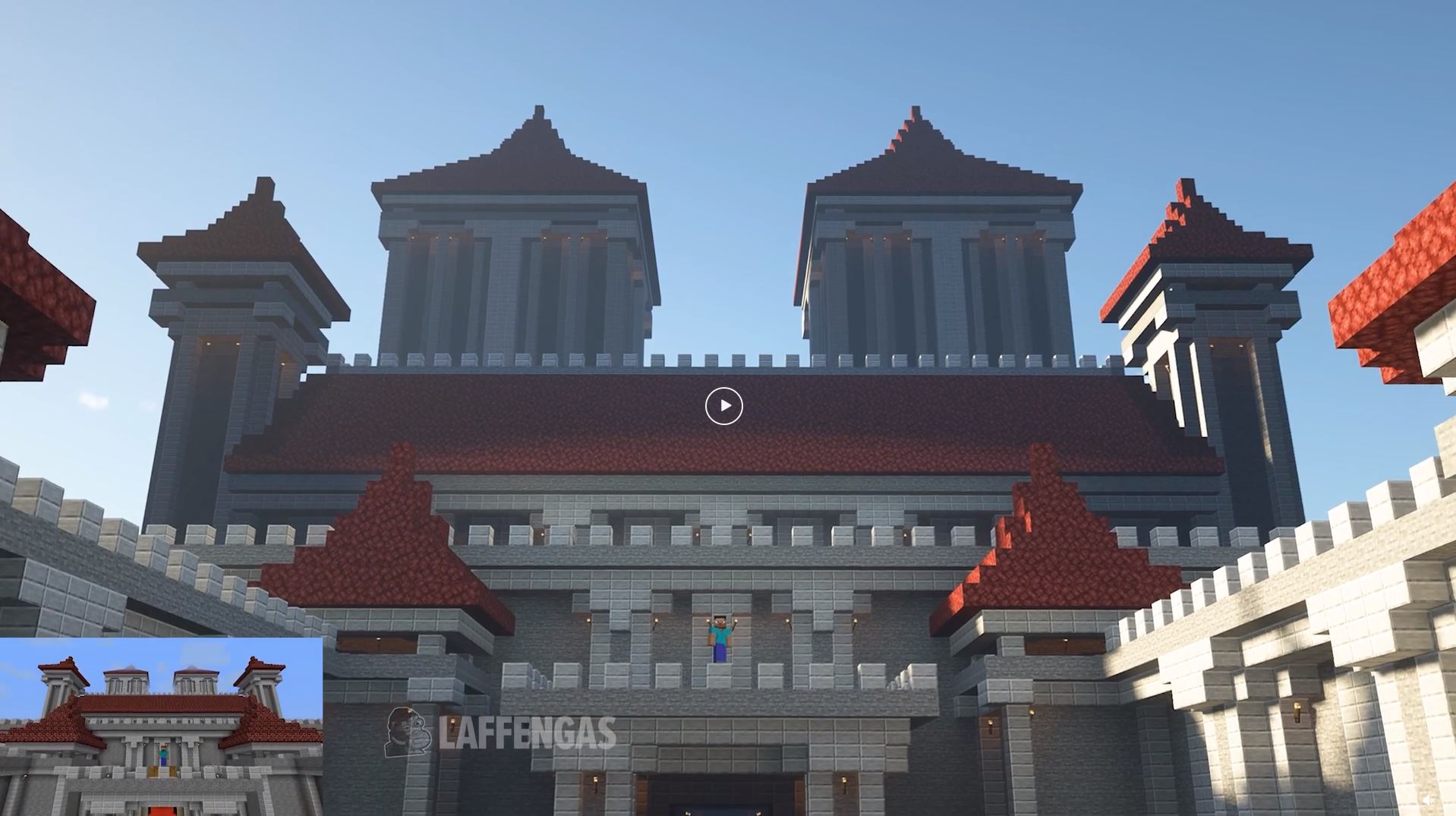 A cool fact about this recreation is the fact that LaffenGas was able to find the original castle map from the trailer. This part of the trailer shows what the addition of RTX does to the standard Minecraft map.

Overall, this re-creation was a fantastic look back at Minecraft’s history and just how far the game has come since its initial release. 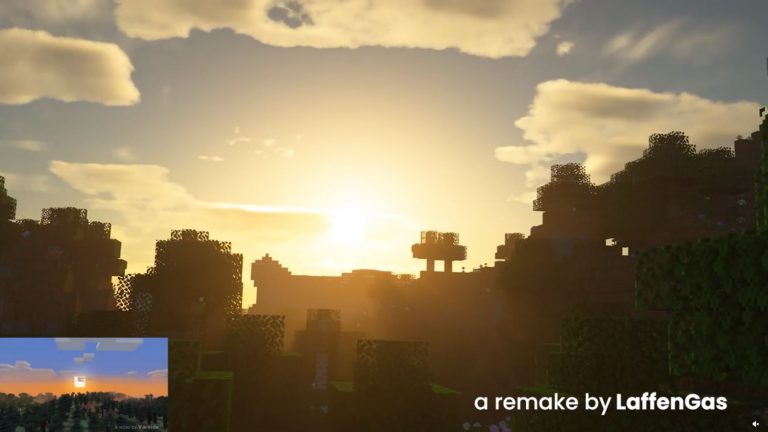 May 24, 2020 Evan Federowicz 10630
The Reddit User, LaffenGas, has recreated the original 2011 Minecraft Trailer with the Minecraft's RTX on, showing just how far Minecraft has come in...