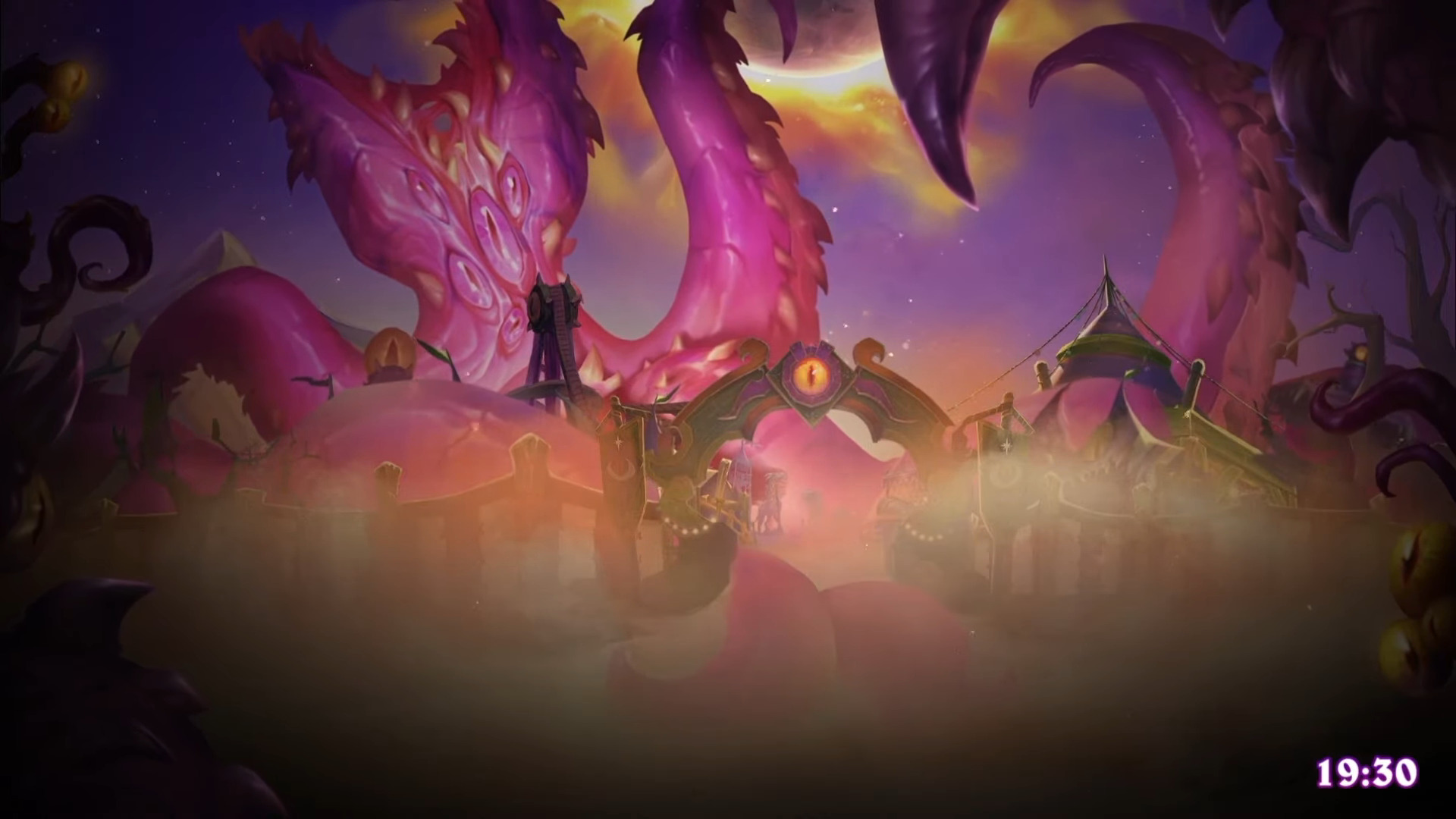 While the event Hallow’s End is ending, Hearthstone players barely notice Blizzard unveils numerous Legendary cards for the upcoming expansion, the Madness at the Darkmoon Faire. Included in the spectacle is the return of the four Old Gods of Azeroth – C’Thun, Y’Shaarj, Yogg-Saron, and N’Zoth. But the developers are not about to reintroduce the former cards; they added new effects for the feared gods. Get ready for yet another exciting reveal season.

To hype the anticipated expansion, the reveal also publicized the newest mechanic, Corrupt. Much like Battle for Azeroth‘s 8.3 patch, Hearthstone players will have to learn to play with N’Zoth’s corruption to make them in our favor. Cards that feature the keyword will be Corrupted after playing another card of higher cost from the player’s hand. As always, the mechanic brings in new synergies and possibly OTKs for the fanbase to tinker around.

RELATED: Bioware Surprises Fans With Their Announcement Of Selling A 30-Dollar Garrus Body Pillow By June

✋ They warned you… stay away

😈 We whisper… come and play pic.twitter.com/PYtEbtTA4P

RELATED: Tony Hawk's Pro Skater 1 And 2's Warehouse Demo Will Be Available August 14 For Those That Pre-Order Digitally

To further idealize the mechanic, Blizzard unveiled Y’Shaarj, the Defiler with a Battlecry that adds the Corrupted cards you’ve played, and they will cost 0 mana. As a neutral card, this will bring in new decks the CCG has never seen before. Back in the Whispers of the Old Gods expansion, C’Thun is one of the most played OTK combo cards. The new legendary, C’Thun, the Shattered, has a Start of Game effect that breaks into pieces. It also has a Battlecry that deals 30 damage split between all enemies. How this interaction will look like is yet to be seen.

Yogg-Saron was known to be a Hail Mary card back in the said expansion, and its newest iteration is no different. Now titled the Master of Fate has a Battlecry that reads, “If you’ve cast 10 spells this game, spin the Wheel of Yogg-Saron.” The wheel has six possible outcomes. To name a few, the Devouring Hunger will destroy all other minions and gain their Attack and Health, while the Mindflayer Goggles will take control of three random enemy minions. But to maximize fun and RNG, Rod of Roasting will cast Pyroblast randomly until one of the players die.

The final boss of BfA will also be coming back to the Madness at the Darkmoon Faire. N’Zoth, God of the Deep, is a 10 mana 5/7 with a Battlecry effect that will resurrect a friendly minion of each minion type. This is similar to the Menagerie of Battlegrounds. From the said game mode and for those thinking of possible deck-building strategies, the tribes are beast, demon, dragon, elemental, mech, Murloc, and pirate.

The upcoming expansion is expected to release on November 17.

HEARTHSTONEHEARTHTONE: MADNESS AT THE DARKMOON FAIRE