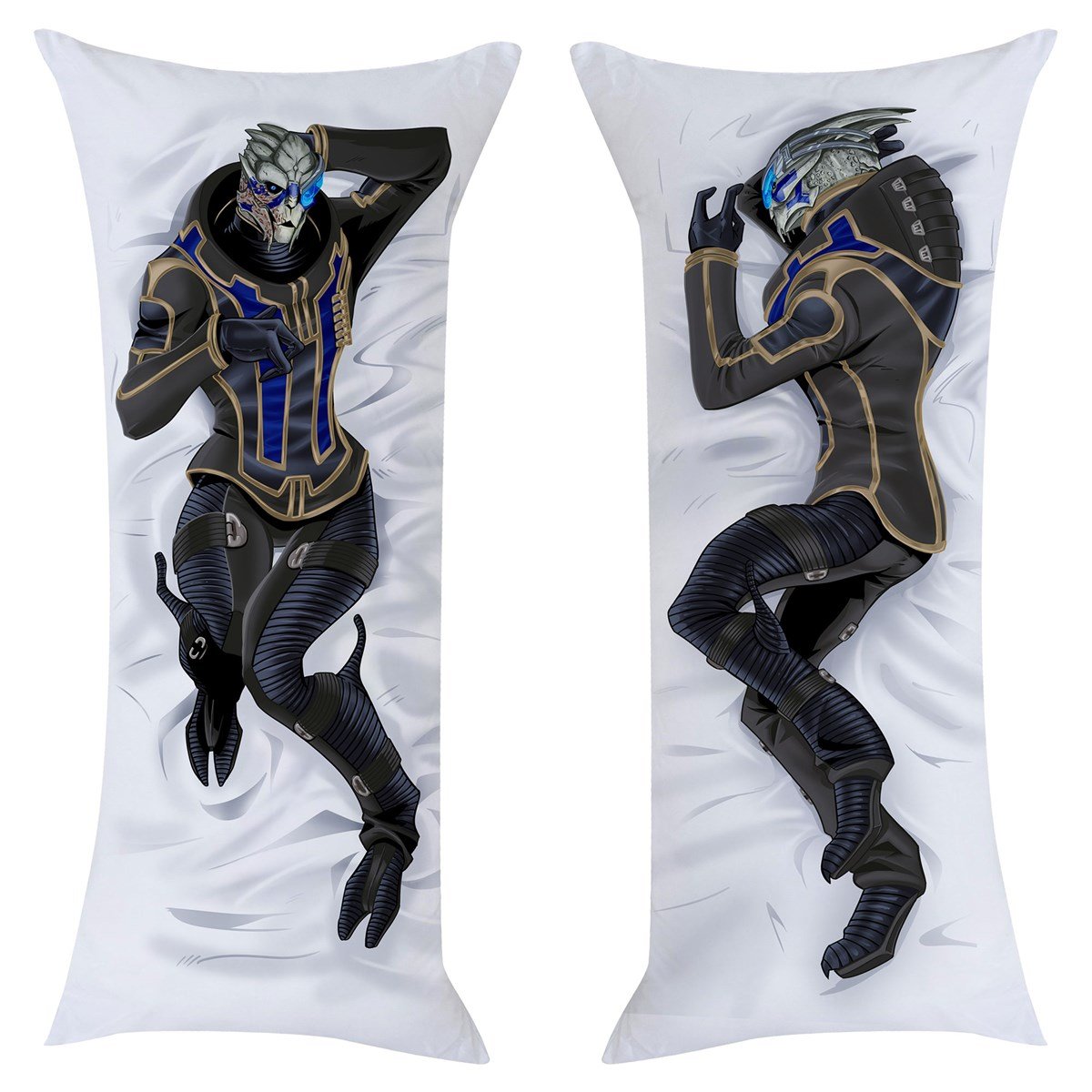 Much to the fans’ surprise, BioWare’s Garrus body pillows will be made available starting June 17.

$30 won’t get one that far. Perhaps, it can buy dinner for a date. Maybe, it can buy gas. But the truth of the matter is, no one’s going to get very far with a mere $30. Unless perhaps for fans of Mass Effect. It can buy them the entire world and some more.

Maybe this is BioWare’s apology for Anthem’s and Mass Effect: Andromeda’s launch. Or maybe this could be another promotion that they made to entice fans to love their games even more. No matter what the reason is, the fact is many fans are totally anticipating the pre-order date.

Since BioWare finally announced the much-awaited pre-order date, fans won’t have to sleep lonely again. They can cuddle with the life-size pillow and get cozier with their favorite character.

Technically, fans won’t be buying an actual pillow. Instead, what is offered is a full-length, full-body pillowcase. It’s only priced at $30 and will be made available for everyone this coming June 17.

Specifically, it was in 2014 when BioWare first advertised the Garrus Vakarian body pillow. Back then, it was billed as the sexiest accessory made for video gamers. The said pillow can be calibrated to the user’s preference so that “they can enjoy the rest they deserve.”

Unfortunately, that was just an April Fool’s day joke in 2014. The pillow only existed in BioWare’s imaginations. Surprisingly, it made thousands and thousands of Mass Effect fanatics disappointed.

Indeed, though it was just a mere joke, fans went crazy over it. As such, BioWare heeded their claim and now made the pillow buyable with real money.

Even if BioWare was apologetic towards the disappointed fans, it took them almost half a decade to recognize the opportunity. Now, the moment everyone was waiting for finally happened.

This very-soon-to-be available Garrus Vakarian life-size body pillow can be bought from Jinx.

Fans who’ll be buying the pillow will need to buy an actual pillow separately, from somewhere else. It’s around 24 by 53 inches and is closed by a zipper. It’s also made from very relaxing and comfy brushed polyester. Garrus’ full-colored image is featured in both pillow’s side.

Despite this seemingly good news, fans are still somewhat disappointed that the pillowcase is billed as a body pillow. From top to bottom, it’s just a pillowcase. The Jinx’ product label is indeed misleading and doubtful.