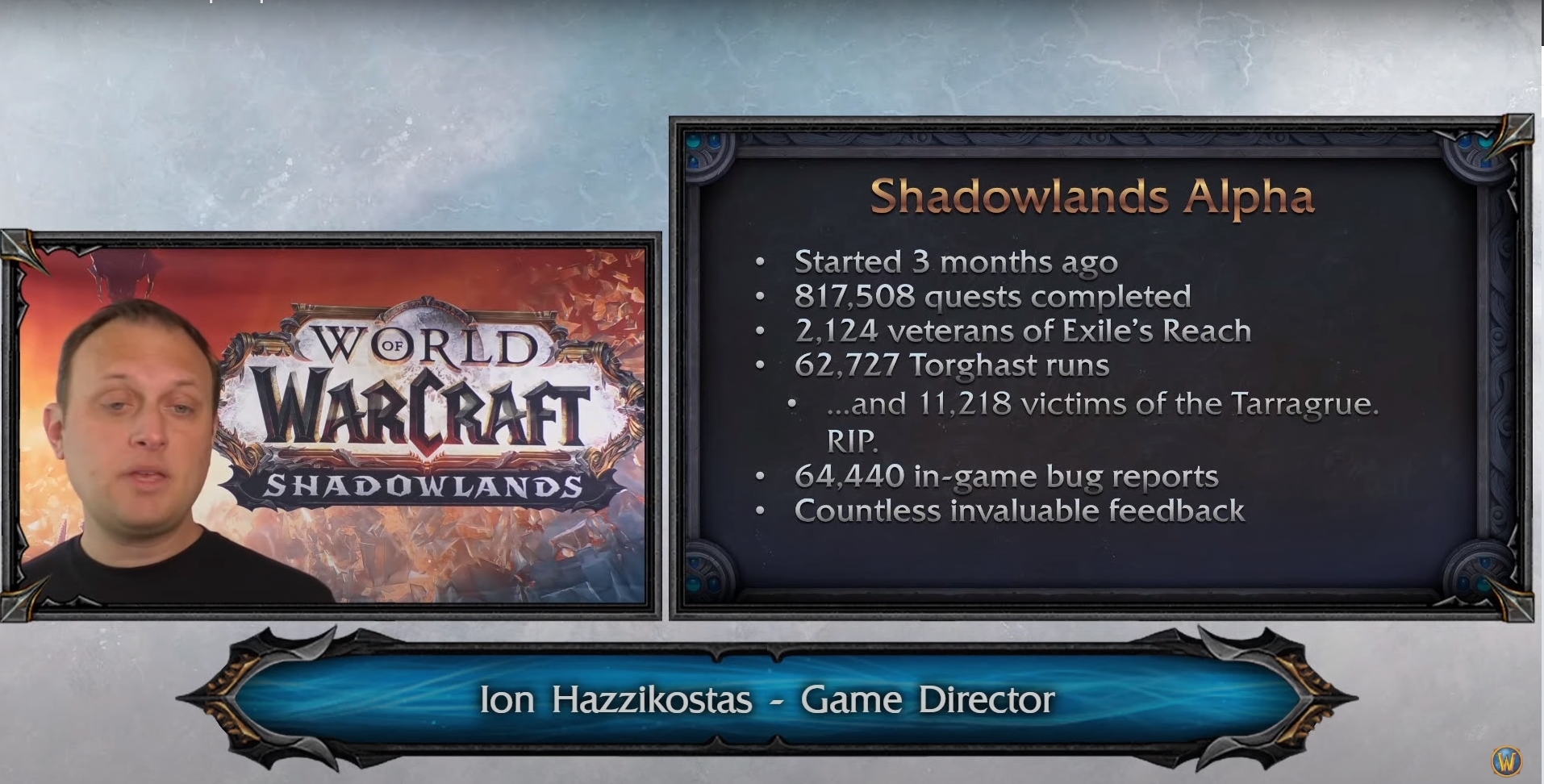 It’s been three months since Blizzard launched the alpha for World of Warcraft: Shadowlands, and quite a bit has been done since then. As the expansion draws closer, Blizzard has seen fit to announce a developer update, discussing some of the changes.

Taking place today, game director Ion Hazzikostas joined executive producer John Hight to discuss the current state of the upcoming expansion, Shadowlands. While quite a bit of incredible information was shared, we’ll primarily be discussing the comments on the alpha.

Over the last three months, thousands of players have helped in a closed alpha to test the content and get it ready for beta. Primarily open to big-name streamers and friends and family of the developers, the general public wasn’t able to participate.

However, that didn’t stop the community from getting in on the action when they could. Streamers like DesMephisto kept their challenges broadcasted, showing off all the wonderful new activities awaiting the player base.

One of the most important factors of this testing has been for the primary features of the title to be observed and considered. For example, the added-in feature of Torments, which effectively added a timer to the Torghast dungeon, was reacted to quite negatively.

In response, Blizzard heard the feedback and removed it. Moving forward, this change is already applied, and the beta will begin without any sort of Torment mechanic, though there will be other ways to stop players from abusing Torghast.

Looking back on the alpha, Blizzard presented a set of interesting statistics. For example, there were nearly a million quests completed – 817,508 quests to be exact. There were also just shy of 63,000 Torghast runs, 11,000 of which ended in the hands of the Tarragrue.

Perhaps most importantly is the statistic of nearly 65,000 bugs that were reported. With so many reports, the alpha has more than done what it was needed to do – give Blizzard as much to work with to fix as much as possible.

Moving forward, the beta will be approaching soon with a significant amount of new features being added in. With so much new information being gained from the alpha, Blizzard has plenty to work with to improve the style of play.

Now that the beta is approaching, there will be thousands more players being invited, rather than the relatively exclusive system the alpha worked on. If you’re a World of Warcraft player who wants to help test the beta, make sure you opt in via Blizzard’s website today!