Blast Off In This New Cooperative VR Space Adventure, Only By Working Together Can You Survive This Party Game 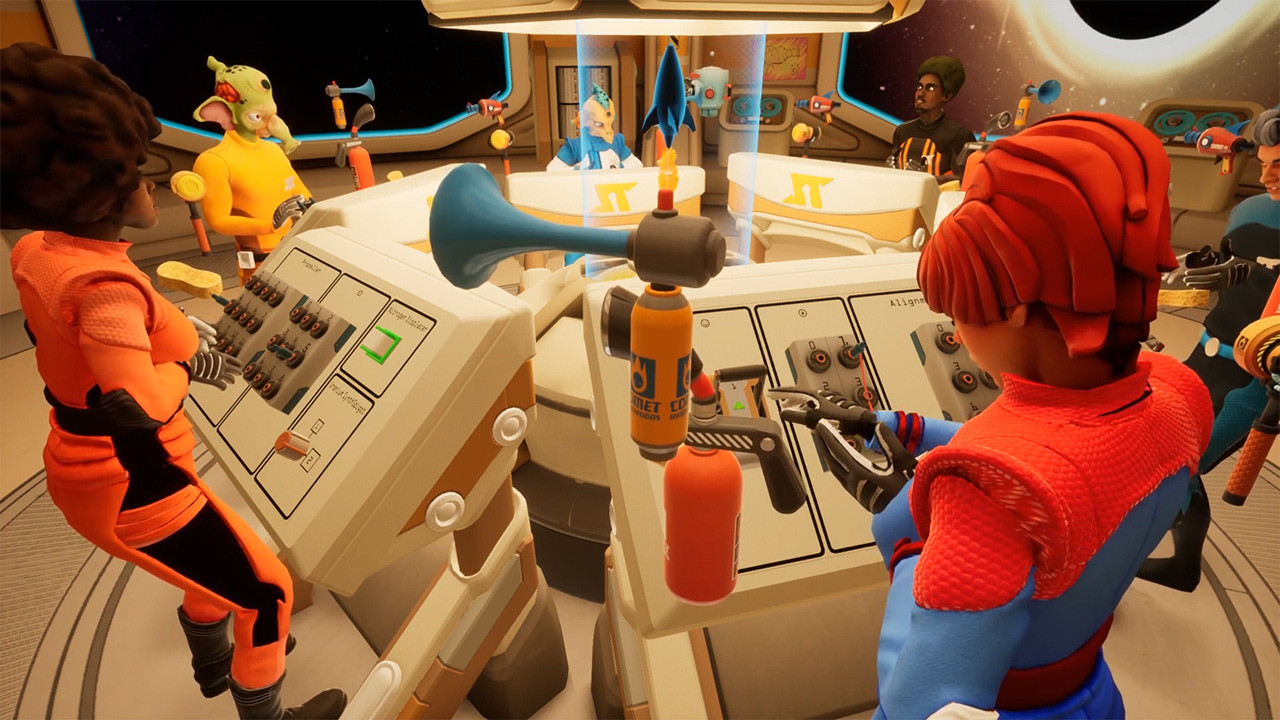 Experience a new party game based on the design concept of chaos and control. Try to control the spacecraft with your crew while simultaneously performing damage control, fighting off aliens, and taking part in spontaneous dance parties. Spaceteam VR has launched its way onto Steam and Oculus systems allowing players to save their fellow space cadets from total annihilation.

Cooperative Innovations developed this game to be a challenge for groups of players looking to have some fun. Although the game can get stressful, be sure to remember that it is a party game, and failure is all part of the experience. Test your crew and see how far you can get in this online adventure.

Technobabble is the main problem that players will have to face. As things break, explode, ignite, or simply turn off, players must figure out what the ship needs based on tons of made-up words.

Play with up to six friends in online or local play as you pilot a spaceship flying through the cosmos. Communicate with your friends through increasingly complex instructions while making repairs, dispelling anomalies, and fighting off random enemies.

You are armed with a Repair Hammer, Ray-Gun, Fire-Extinguisher, and the Steri-Sponge 3000 allowing you to take on ever-growing challenges. Each tool is used to counter a specific random event outside of the ship’s operating instructions.

Maintain your calm to the best of your ability as your ship quickly descends into imminent danger. Warn your friend, by shouting, and be sure to keep an eye on your environment. Only through cooperation, decisive action, and clear communication can you survive this space journey.

This is a VR adaptation of a popular mobile title that ran on the same space exploration idea. The game can be played in cross-platform with the mobile version and the VR release.

Remember your rules of space survival that sci-fi movies, shows, and books have taught you. Don’t panic, engage, and never give up, never surrender.

This game makes for a great party experience as people continue to stay indoors. The online multiplayer allows for fans to play at a distance, while the local mode makes it amazing fun for the whole family. Put on your space suits and get ready to become a Spaceteam.

Speaceteam VR is available on Steam VR, Oculus VR, and Oculus Quest. There is a planned release for PlayStation VR, but no date has been set as of yet.