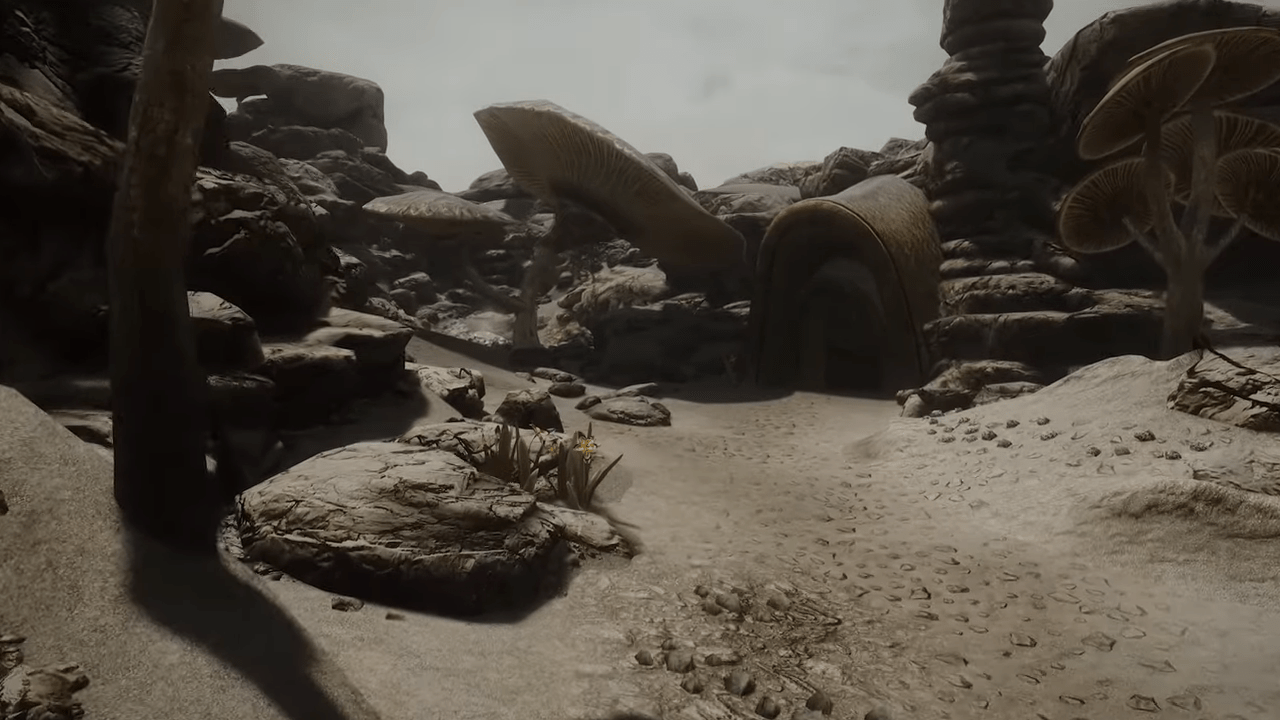 The Beyond Skyrim project is a massive one, comprised of many talented individuals working in teams to bring the entire Elder Scrolls universe to life in Skyrim’s game engine. The project currently encompasses Morrowind, Cyrodil, Iliac Bay, Roscrea, Elsweyr, and Atmora.

Earlier today, the team released a video on the official Beyond Skyrim Youtube channel in the form of a Developer Diary. The Diaries’ goal was to showcase some gameplay footage and to show eagerly awaiting fans just what the team has been working on.

The team has previously released developer diaries on their other projects, including the update on Roscrea back in May. However, this is the first solo showcase by the Morrowind team rather then it being touched on in general updates or Q and A sessions.

This video focuses on the Morrowind project, specifically the New North, and opens with information on the geography and the landscape. One such token feature of Morrowind that is heavily showcased are the Dunmeri ancestral tombs and burial crypts.

To the Dunmeri people, ancestry is everything. The modding team wanted to highlight this cultural significance by making the Dunmer tombs both prolific and beautifully crafted. The dungeons are filled with gorgeous textures of unique weapons and artifacts along with dangerous foes.

In the Elder Scrolls series, the dark elves protect their dead by creating unique undead guardians called Bonewalkers. The Beyond Skyrim team has recreated these Bonewalker enemies and populated them throughout these dungeons.

One exciting piece of news to come from this video is that the team has reached the stage where quests are being implemented. One such quest was showcased in the developer diary and has the player track down a missing Elder from a nearby temple.

The player tracks the Elder to the site of his camp, and predictably the Elder is nowhere to be found. There is however a conspicuous trail of blood to follow. Without spoiling too much for how this quest ends, the team has stated that they want to emphasize greater player freedom and choice in their quests.

The video closes by letting fans know that the Morrowind team is currently looking for applications from level designers and implementors. Those with experience working with Skyrim’s creation kit are encouraged to fill out an application using the link in the video.

The Beyond Skyrim project is always growing and making progress, and they put out frequent updates on their website at beyondskyrim.org or their Youtube channel. Check back here for more updates on the project as they come.