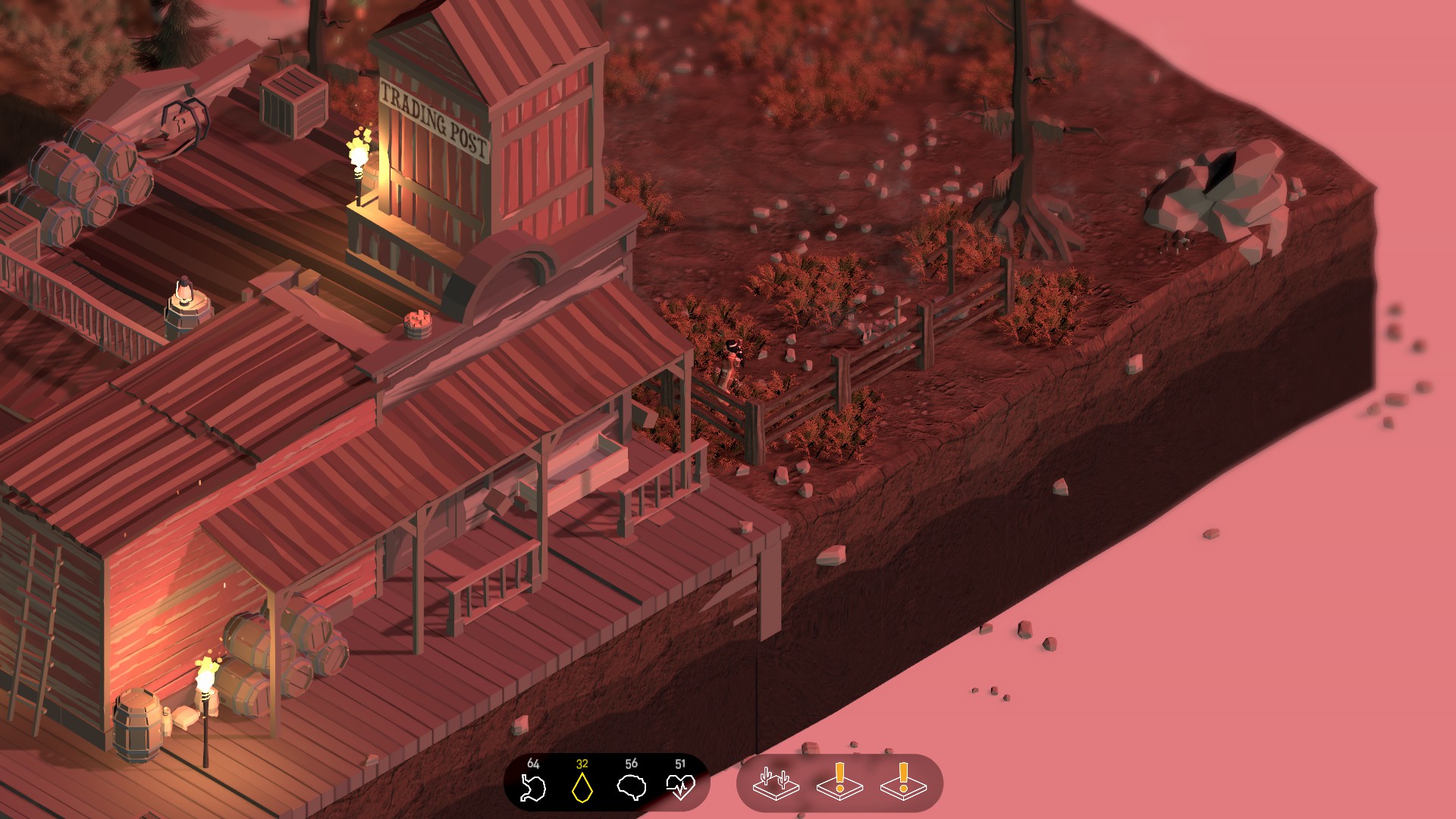 Above Snakes is an indie title currently available to play as a demo during the Steam Next Fest that runs throughout this week, until June 22nd.

Developed by Tobias Schnackenberg and published by Crytivo, this challenging survival game is unique in its major gameplay mechanic: you choose the tiles to place down and explore.

RELATED: Explore A Small World Filled With Tons Of Adventures And Puzzles With This Indie Game, Tiny Tales

Get it here for free: https://t.co/4fl54VwdGM#indiegame#indiegames#indiedev#IndieGameDev#madewithunity#gamedev#lowpoly#indiewatch#indieGameTrends#indiedevhour#gamefestpic.twitter.com/1SZSIADocs

RELATED: Wonder Blade Is A New Hack And Slash Experience Available Through Steam

I’ll start by saying that this game looks great. The art style is clean, sharp, and fits the overall Old West aesthetic. While some of the music is a bit jarring at times, other tracks also work well for the atmosphere of the game.

In terms of gameplay, this is where Above Snakes really stands out. You are a solo character that spawns on a single tile. There is no direction whatsoever, so you do what has to be done: start smacking trees and rocks, just like any good survival game.

Then the world starts to expand. Each tile costs a few logs and rocks to buy, and there’s a choice of what you want to place down: buildings, deserts, forests, etc. There are over 25 different tiles in 10 different biomes, and that’s just in the demo.

Managing your hunger, thirst, sanity, and fatigue are very important. Each time you unlock a new tile you get a huge chunk taken away from each status, which means you need to strike a balance between unlocking new tiles and actually surviving. 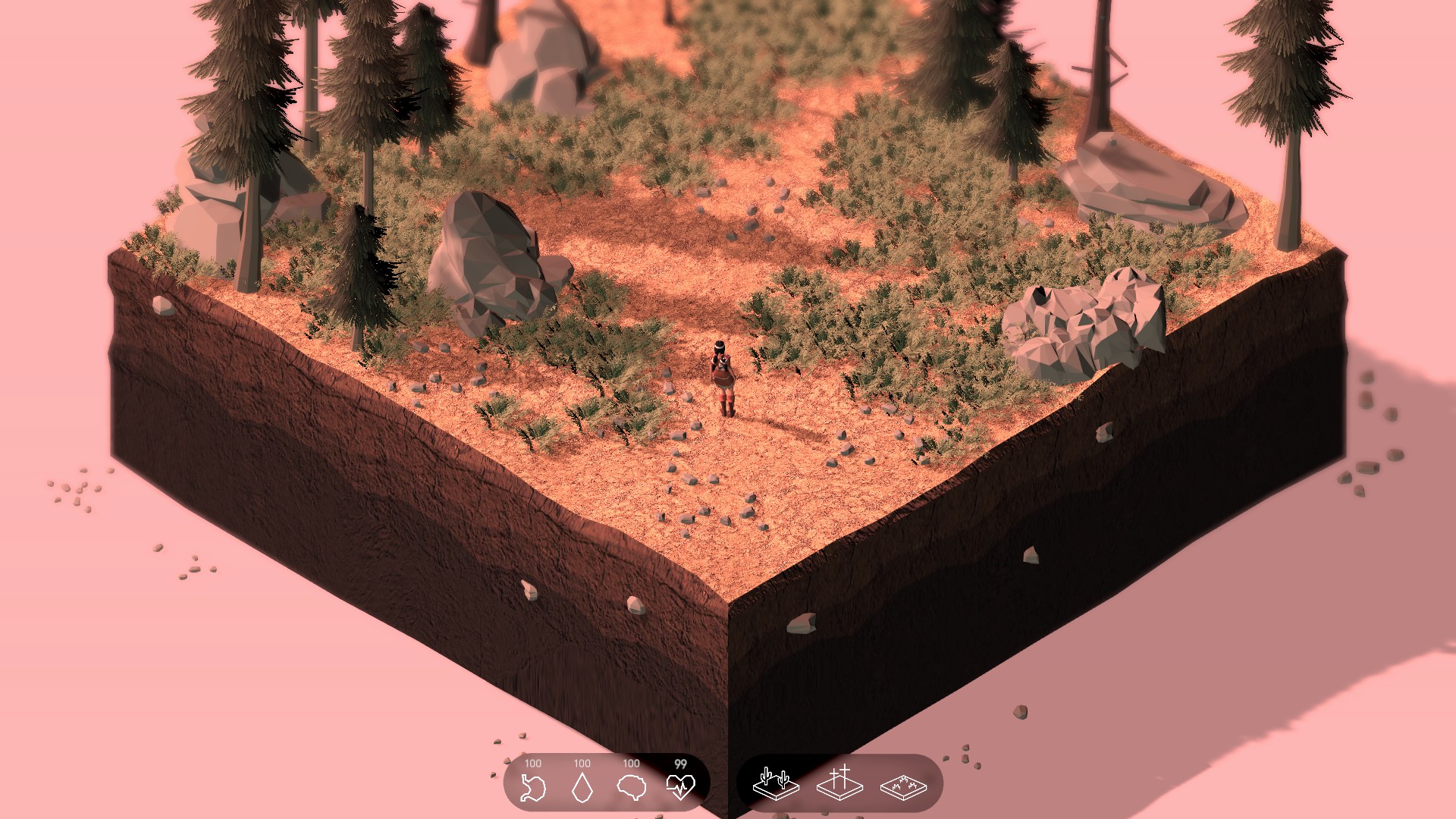 It was the excitement of discovering a new tile that made the game so fun. Unlocking a Trading Post, for example, might reward you with some medicinal tonic, a water trough to refill your water, and a bucket of apples. There are also tiles that have small shacks on which come with a bed, which is perfect if you haven’t got around to crafting a tent yet.

Combat in the game’s current form is a bit rudimentary. It wasn’t clear at the start how you’re meant to deal with wolves, but eventually, you unlock a longbow which activates when you’re in an enemy’s zone of control (shows up in a big fiery ring.)

Overall, Above Snakes shows massive promise. The way the game organically unfolds in front of you is very rewarding. Though I died quite a few times (figuring out that balance of unlocking tiles and having enough food and water is literally a killer), I always went back for another run to see what I could do differently. 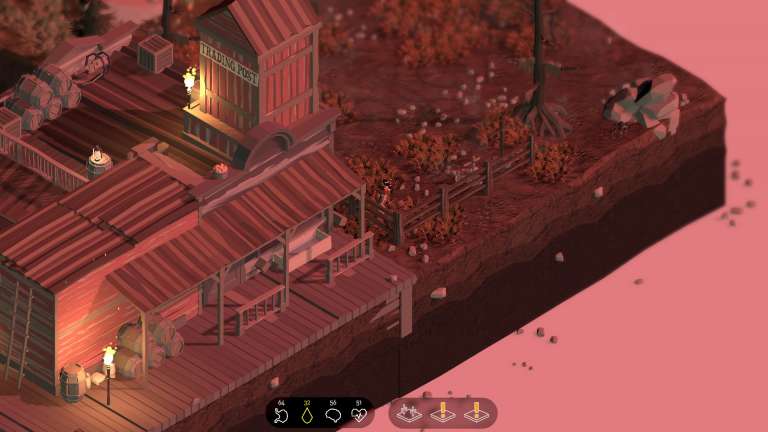 Jun 17, 2021 Harry Alston 13390
Above Snakes is an indie title currently available to play as a demo during the Steam Next Fest that runs throughout this week, until June...