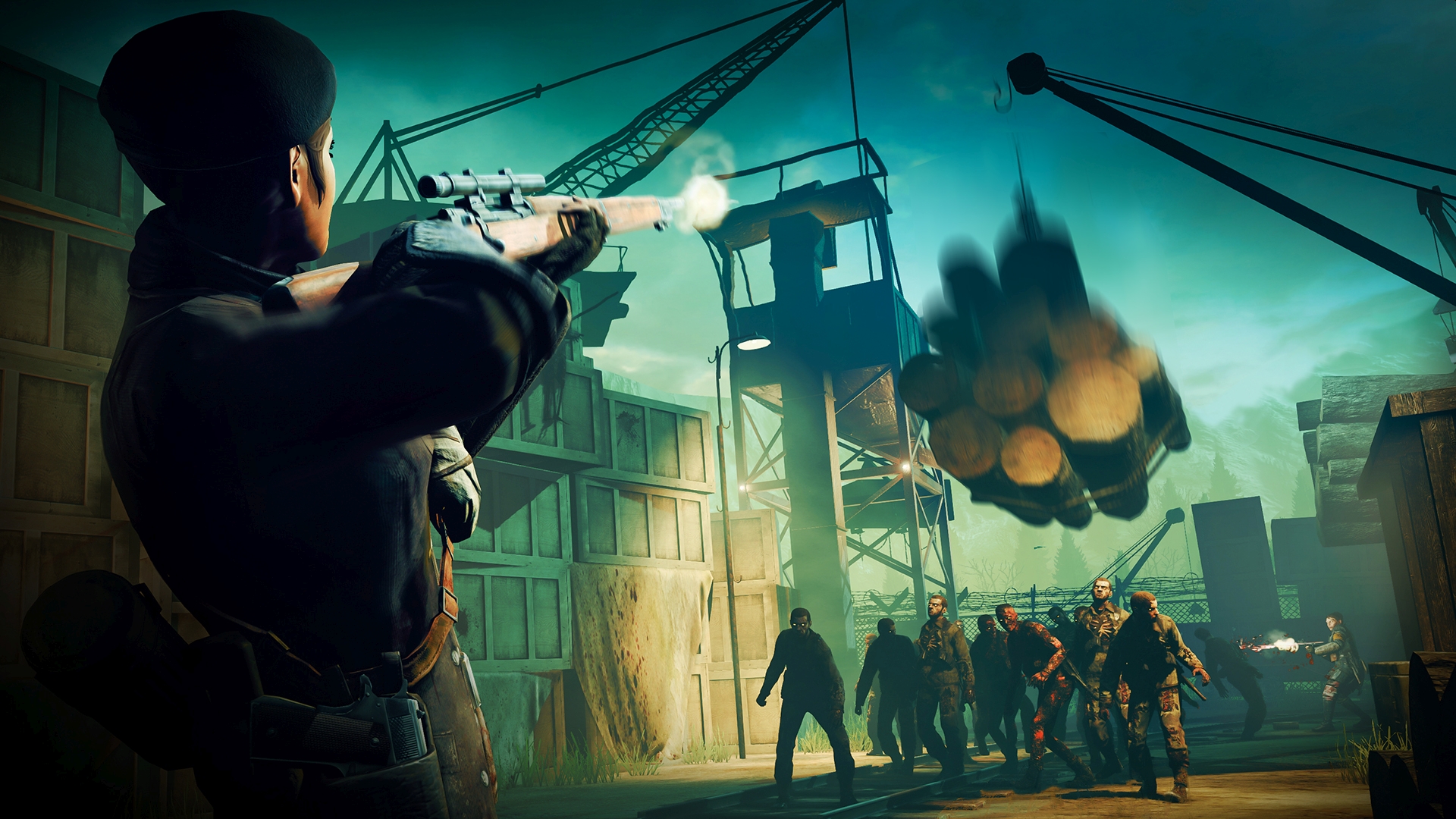 Rebellion Developments has officially announced the launch date of the Zombie Army Trilogy on the Nintendo Switch. While the game has been previously released on other consoles, the Nintendo Switch version will include some additional Switch-exclusive features.

The announcement was made on social media, a blog post on Rebellion Developments’ website, and a special release date trailer.

Zombie Army Trilogy contains both the Zombie Army games, plus a third new “apocalyptic conclusion.” There are a total of three campaigns with 15 missions total. Each mission can be completed either solo or in online co-op with 2-4 players. There’s also a Horde Mode if players want to take a break from the campaign.

The game’s official summary from Rebellion Developments’ website states, “In the dying flames of World War II, Hitler has unleashed one final, unholy gamble – a legion of undead super soldiers that threatens to overwhelm the whole of Europe. Fight alone or team up to save humanity from the zombie menace in this apocalyptic third-person shooter!”

According to Rebellion Developments, the series has sold more than four million copies, so far, worldwide.

Zombie Army Trilogy was previously released on Steam in 2015, and the PlayStation 4 and Xbox One in March 2015. The game is available now for those who don’t want to wait.

The release of Zombie Army Trilogy comes after the launch of Zombie Army 4: Dead War, which was released on February 4 on PC, PlayStation 4, and Xbox One.

Zombie Army 4: Dead War is once again a third-person shooter. The game takes place in 1946 after the events of the Zombie Army Trilogy when Hitler was defeated. In the fourth game, Hitler’s undead forces have once again risen, and it’s up to the player to protect the world. The game contains new levels that take place in Italy and beyond.

Zombie Army 4: Dead War wasn’t released on the Nintendo Switch on its initial launch and isn’t included with the Trilogy. Nintendo Switch owners will have to be patient and wait for any potential news for a release.

Zombie Army Trilogy launches on the Nintendo Switch on March 31.

Apr 16, 2021 Joshua Goodpastor 80
Since its original launch, Dead By Daylight has welcomed a variety of interesting crossovers. Behaviour Interactive announced that they will be...