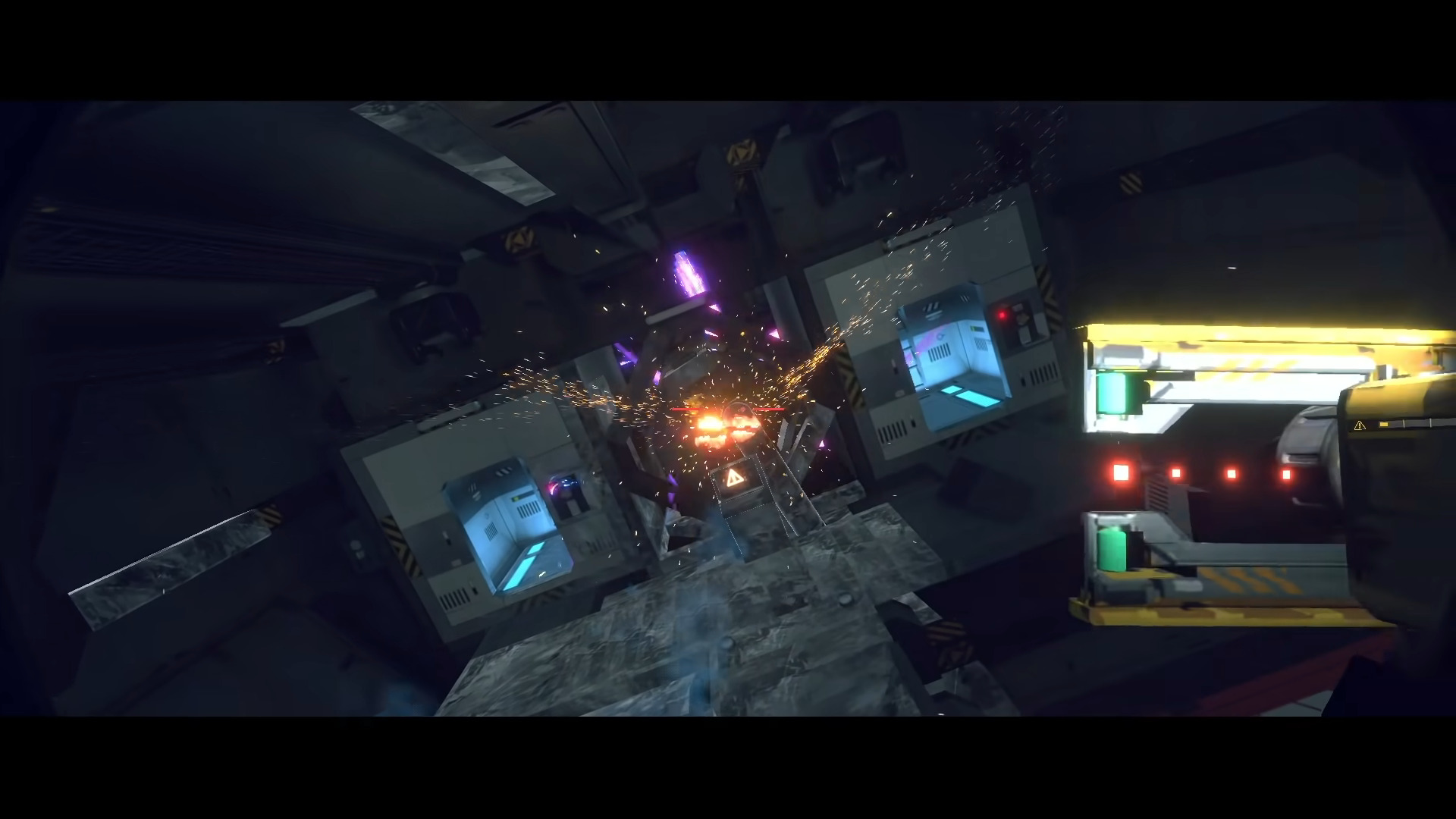 We’ve noted a few times in the past an indie title from Blackbird Interactive called Hardspace: Shipbreaker from its entrance into Steam’s Early Access program to the long-awaited inclusion of a free-mode that doesn’t offer arbitrary oxygen limits and a shift timer that limits how much you can break apart from a ship.

The premise is simple enough for those that readily understand how some industries, such as coal mines, operate; you finally get hired by LYNX corporation, but that comes with a stipulation of a billion credit deficit that you’ll need to work your way out of.

Ships (that you choose from a catalog that contains everything that you’ve unlocked) appear in the salvage yard, you take a few tools and are tasked with breaking it apart for credits, sending materials to specific locations for repurposing. 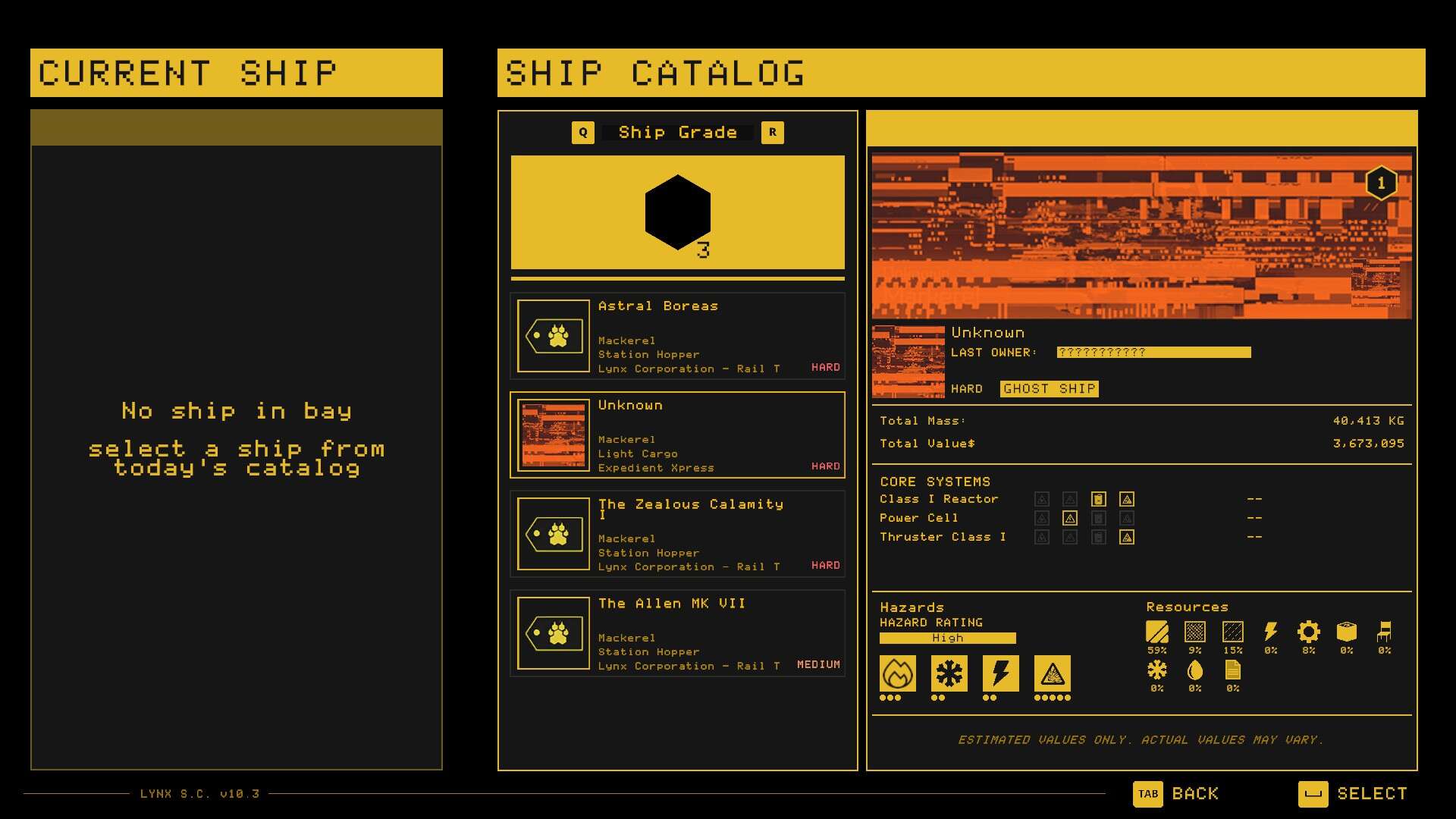 In the catalog, you can choose how sweaty you want to get; pick a difficult ship for more rewards with greater dangers, or float around more comfortably with an easier and less complex ship – Hardspace: Shiperbreaker via Blackbird Interactive

The zero-G gameplay can be disorienting at first, and during a salvage job, you’ll find yourself baffled more than a few times regarding which way is actually up as you’re snaking around small compartments between the metaphorical skeleton and skin of ships that grow in size, searching for means to snap apart various pieces for salvaging.

When you remove the oxygen and timer, you’re met with a delicious puzzle that offers a healthy bit of fear; a wrong move can result in volatile materials exploding, sending your character hurtling towards the incinerator with nary a means of stopping the sheer velocity. 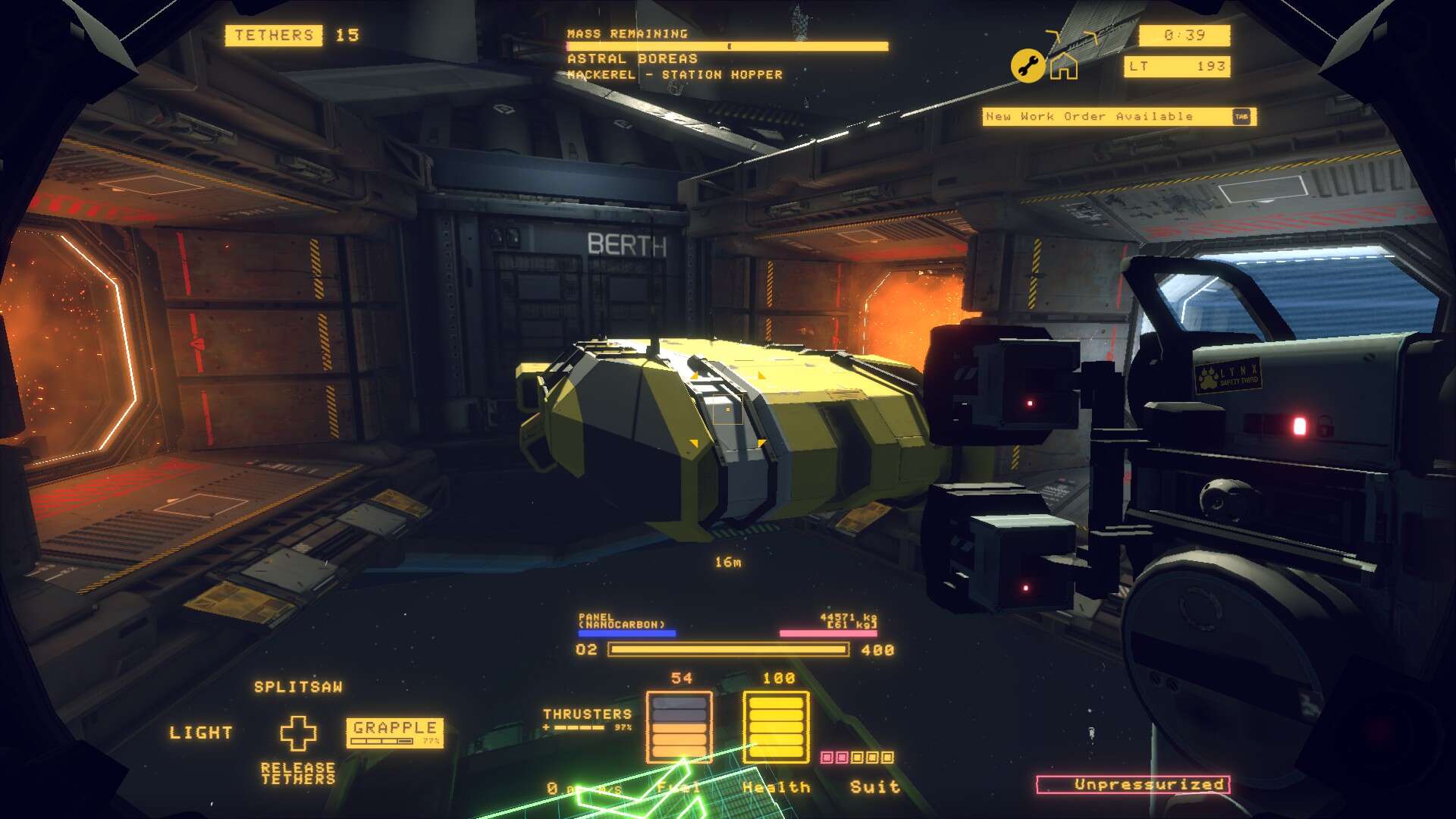 The first step is always figuring out how to attack the ship – Hardspace: Shiperbreaker via Blackbird Interactive 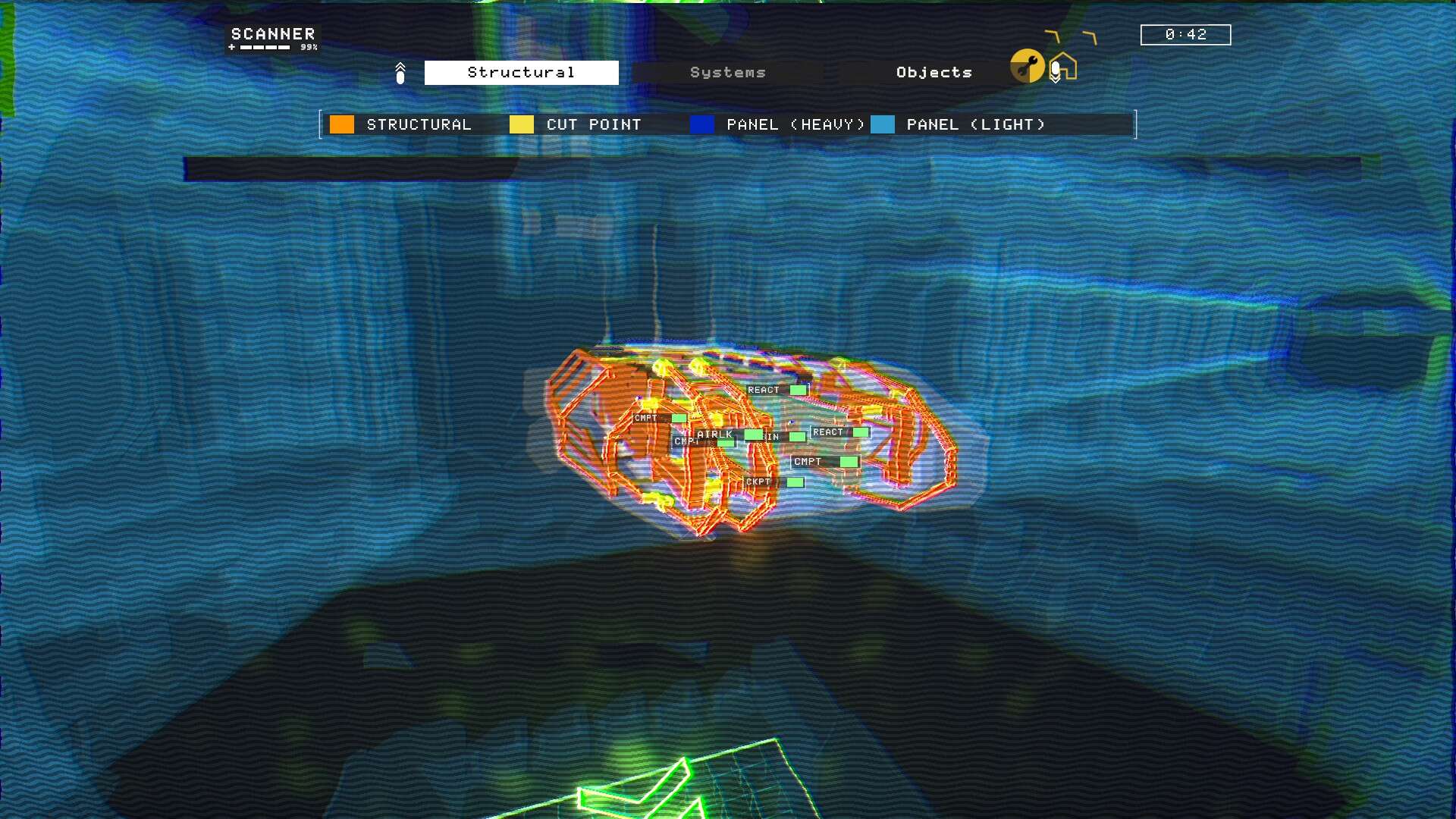 Analyzing the structural integrity of a craft before diving in could help point you in the right direction. Note the yellow segments are areas that can easily be cut, separating the ship into multiple pieces for further salvage. Hardspace: Shiperbreaker via Blackbird Interactive

Depressurization is similarly a massive function that can spell doom, sending chairs careening at high speeds into your face shield and cracking it, or launching the shipbreaker out of the airlock and into space. 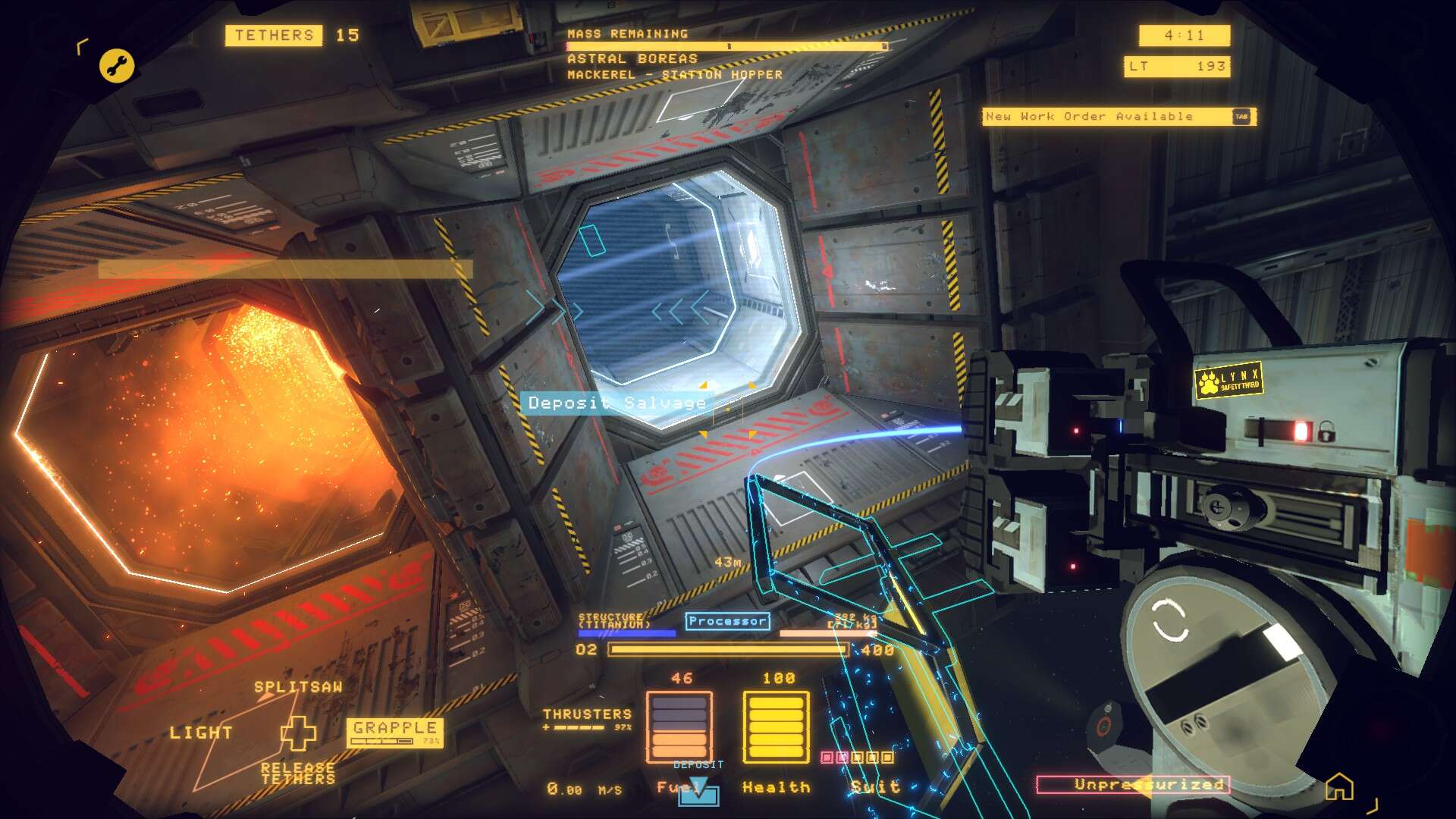 In the center, near the bottom, a box can be seen when you’re holding a piece that tells you whether to incinerate, process, or throw it onto the barge. Failing to take heed of this can result in a few income penalties. Hardspace: Shiperbreaker via Blackbird Interactive

The Halloween event saw ‘Ghost Ships‘ being introduced, where interesting phenomena would cause various events to occur, such as depressurization, and random intervals. Shipbreakers need to clear alien matter to stop the seemingly paranormal experiences. It was an interesting idea that admittedly fell a bit flat, with shipbreakers needing to tediously remove the alien matter to stop constant depressurization that threatens to launch players.

Not much spook considering the platform that was available.

This seems to repeat itself, curious executions on brilliant ideas, from a limited range of ships to some events becoming tedious, but this is mitigated by Blackbird Interactive having a clear and concise roadmap that outlines incoming development without locking themselves into promised dates. There are also occasional crashes that can occur when selecting new ships to begin salvage operations on.

Currently, the roadmap covers every point of concern that has been brought up by the community: an increased number of ships, more perks, and tools to explore that promise to make shipbreaking a bit easier as players progress, and over 40 hours of total gameplay in the future.

RELATED: Skyblivion Creators Drop A Teaser Trailer, Hint That "The End Is Almost In Sight"

With tongue-in-cheek corporate dystopian humor, a new fascinating puzzler that readily challenges both planning and dexterity, you should absolutely be tracking Hardspace: Shipbreaker. 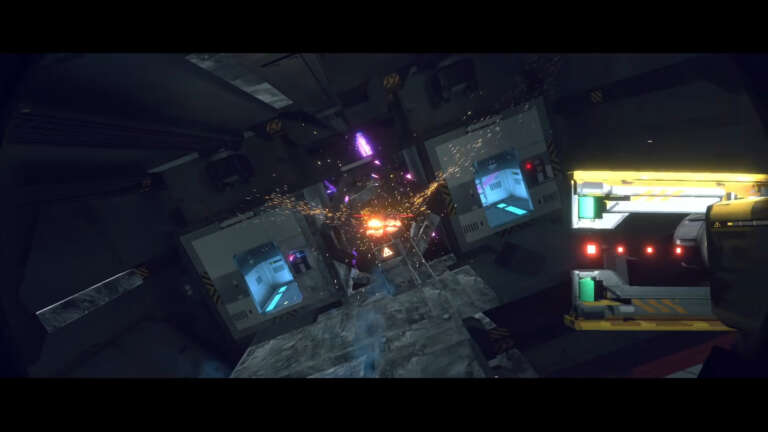 Nov 2, 2020 Chris Miller 4740
We've noted a few times in the past an indie title from Blackbird Interactive called Hardspace: Shipbreaker from its entrance into Steam's Early... 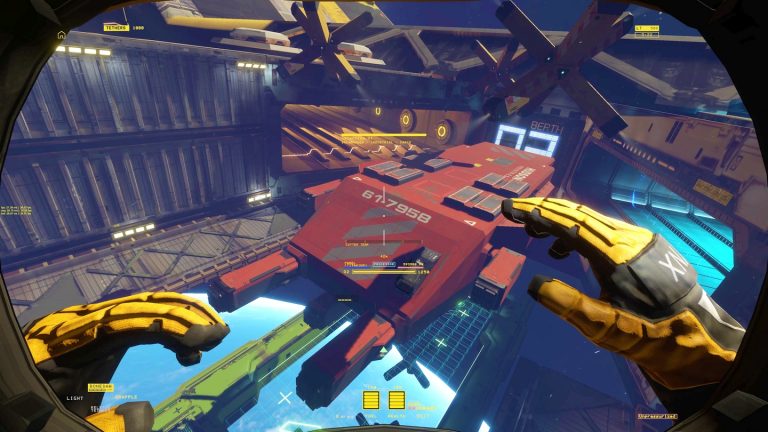 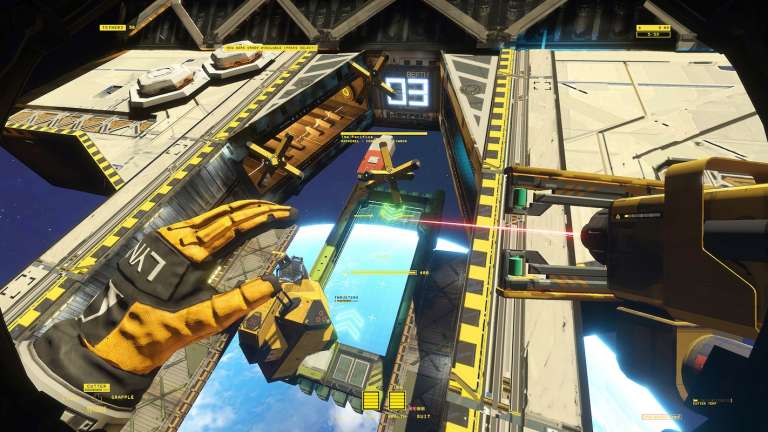