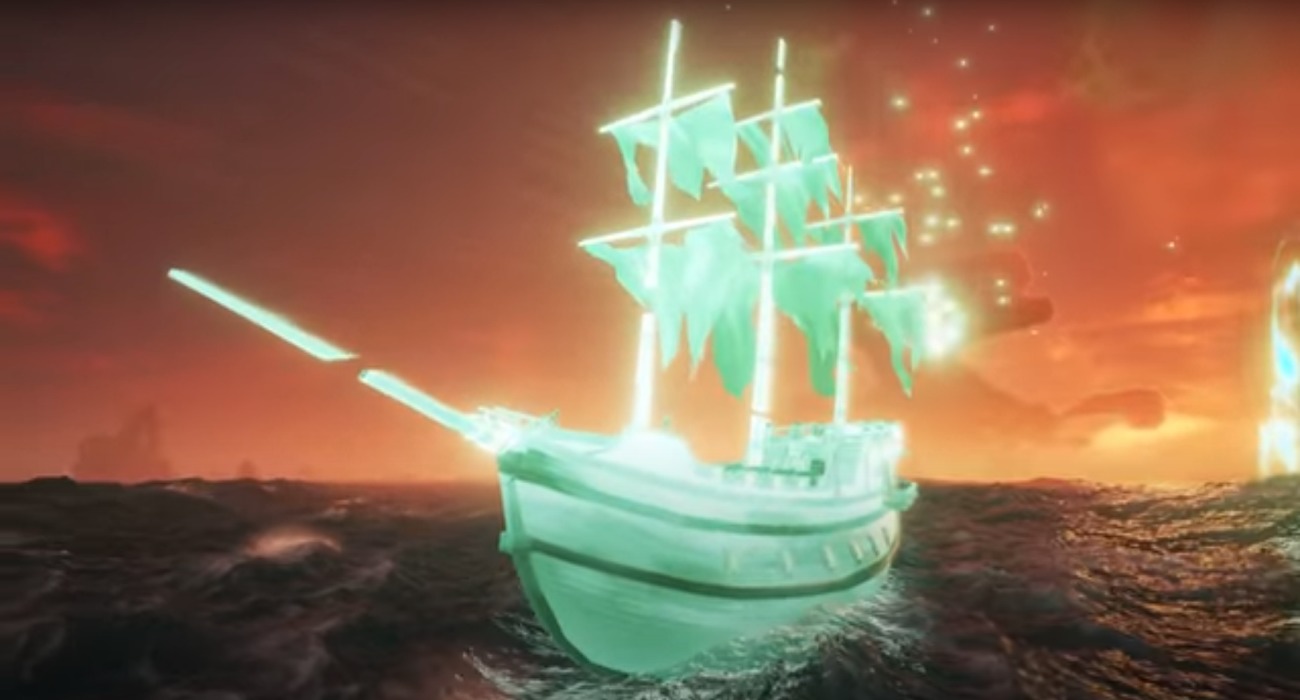 Sea of Thieves has slowly but surely evolved into a pretty fun action game about being a pirate sailing the open seas, solo or with friends.

It had a rough launch, but Rare has introduced consistent updates that have improved gameplay, removed bugs, and given players new content to always look forward to.

A new one just came out called Haunted Shores. It has brought with it a lot of fun new things. One of the most notable — though — is the addition of ghost ships.

Like the skeleton ships, they can appear at random and definitely pose a threat if you’re hit by them. They have Wraith Cannonballs after all, which means you’ll need to be more vigilant when sailing the open waters. You’ll also have to navigate around them carefully as they can drop devastating mines.

Fortunately, they’re not the most durable according to developer notes. A couple of good hits and they’ll go down like a sack of potatoes. If you are able to sink them, you can collect treasure, skulls, and even cannonball ammunition.

You also have the ability to take on missions where you actively pursue them for even greater rewards. Overall, the ghost ships seem like a great addition that should provide some added excitement out on the waters.

The Haunted Shores update also has upgraded the communication wheel. Now it’s much more efficient to use. Players can click on popular texts that are relevant to the situation at hand, whether it’s to send an alarm for ship repairs or to warn crew members of an upcoming attack.

It’s a great addition because before, it was pretty hard to get in what you needed to say when situations got heated. It’s definitely a welcomed change for players that prefer text chat as opposed to using a mic.  New shanties are also available as well as gameplay improvements.

If you haven’t played Sea of Thieves in a while or have never purchased it, updates like this latest one are pretty consistent. Rare even has a dedicated YouTube channel that keeps players in the loop as far as what’s to come.

As of right now, it seems like Sea of Thieves has a lot of momentum. If the developer can keep pumping out these updates and giving players noteworthy content and events to look forward to, there’s no reason why this action-adventure game can’t continue to thrive for many more years to come.

CS:GO - MIBR Resort To Toxicity During And After Match In Newest Controversy