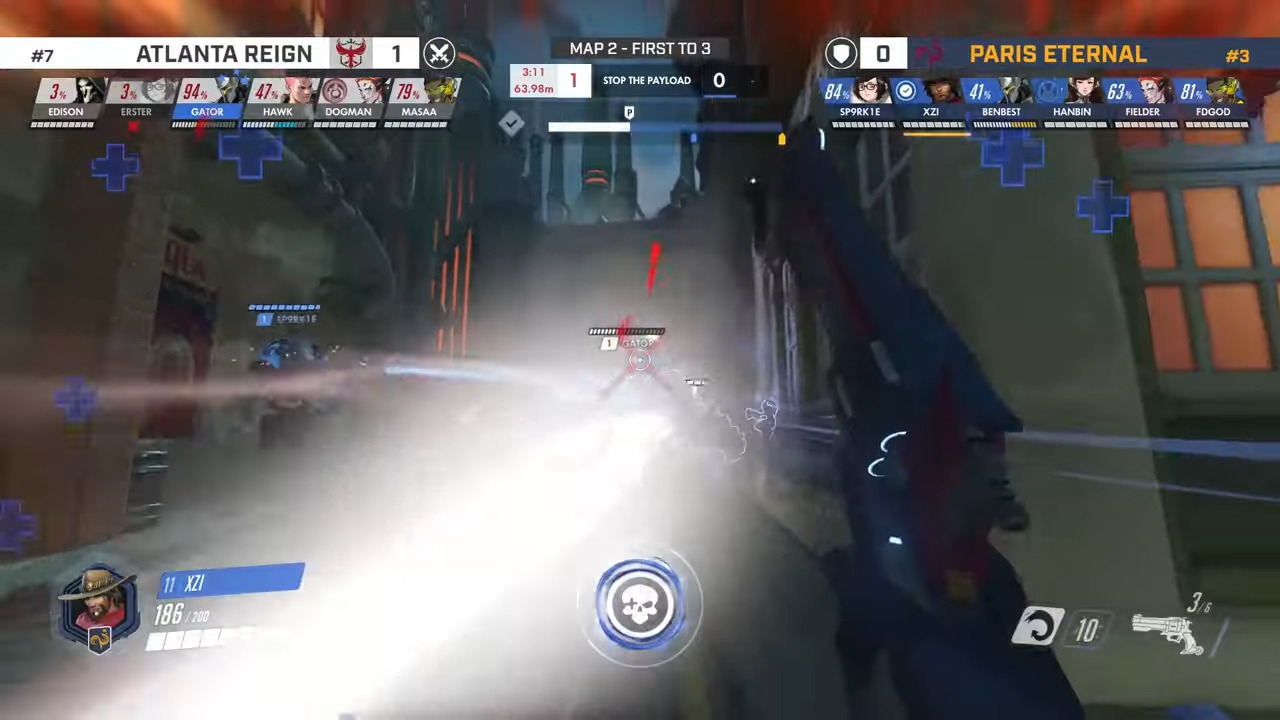 Terrence Tarlier, perhaps better known within the Overwatch League as his moniker ‘SoOn’, is now a free agent and actively looking for a team to play with.

The hitscan DPS player was on the Paris Eternal until roughly nine hours ago when the Frenchman posted on Twitter a rather direct message.

Starting today, I am a free agent and LFT OWL.

You can contact me on Discord (SoOn#0099) or at terencetarlier@gmail.com

Nicolas ‘NICOgdh’ Moret also made a very similar statement; the French flex DPS player was with the Paris Eternal for a total of one year. Statistically, he had a decent year on the team that managed to pull roughly 75K in prize pool last season.

Unfortunately for the first time in years, i'm a free agent.

Paris told me that they don't want to renew my contract so i'm looking for new opportunities in OWL.

Benjamin ‘BenBest’ Dieulafait, the main tank that brought a veterancy to Paris Eternals with having been in competition since mid-2016, including an Overwatch World Cup event in 2018, is also LFT at the same time; all three tweets were pushed out shortly after 0600 EST today.

Paris Eternal informed me that they won't be renewing my contract. I am still in talks with Paris but will also explore new options.

Maxime ‘Zaroide’ Quesnel, a French caster for the Overwatch League, has stated on his stream that Paris Eternal is not willing to pay salaries above the league minimum wage; this is an organizational decision, and not one coming from the team’s management.

In this case, it’s Kyoung Ey ‘AVALLA’ Kim, the individual currently listed as the assistant general manager for the Paris Eternal (formerly with the Washington Justice) who is now reportedly attempting to put an entire team back together on her own. From what she has posted recently, she’s not necessarily pleased with her sudden role within the team.

The thing is that she needs a job to live

AVALLA retweeted each of the three players that are leaving the organization in apparent support to help them find a team during this tumultuous offseason time.

Maxime ‘Zaroide’ Quesnel has stated that AVALLA is currently single-handedly attempting to interview coaches for the upcoming season of Overwatch League while simultaneously also scouting new talent in lower tiers of play.

It appears, based on reports from French organizations, that the Paris Eternal is not only on the back foot concerning the upcoming 2021 season, but they’re also attempting to maintain the lowest salary possible moving forward.

Ki-hyo ‘Xzi’ Jung (hitscan DPS) is still with the team with a high market value and could be traded if the Paris Eternal are looking for a means to grab some return on investment, along with support player Brice ‘FDGod’ Monsçavoir.

Whether they actually keep them on for the upcoming season, sell them to a searching team, or end up re-signing everyone back in isn’t entirely clear at the moment.

CS:GO - Astralis Versus MIBR Finally Happens And The New Brazilian Roster Shows Up

Feb 27, 2021 Kenny Kimberly 8330
It's been a busy few years for the Diablo franchise, to be certain. While we don't have our hands on any new games yet, we have three in the works...

Feb 21, 2021 Kenny Kimberly 2750
Since World of Warcraft: Classic was announced, fans and players have wondered what the next step for the title would be. Given that the title was...

Feb 13, 2021 Kenny Kimberly 4820
For several years now, players have been wondering where the most infamous game in the Diablo franchise is, or when we're going to see it. Even as...