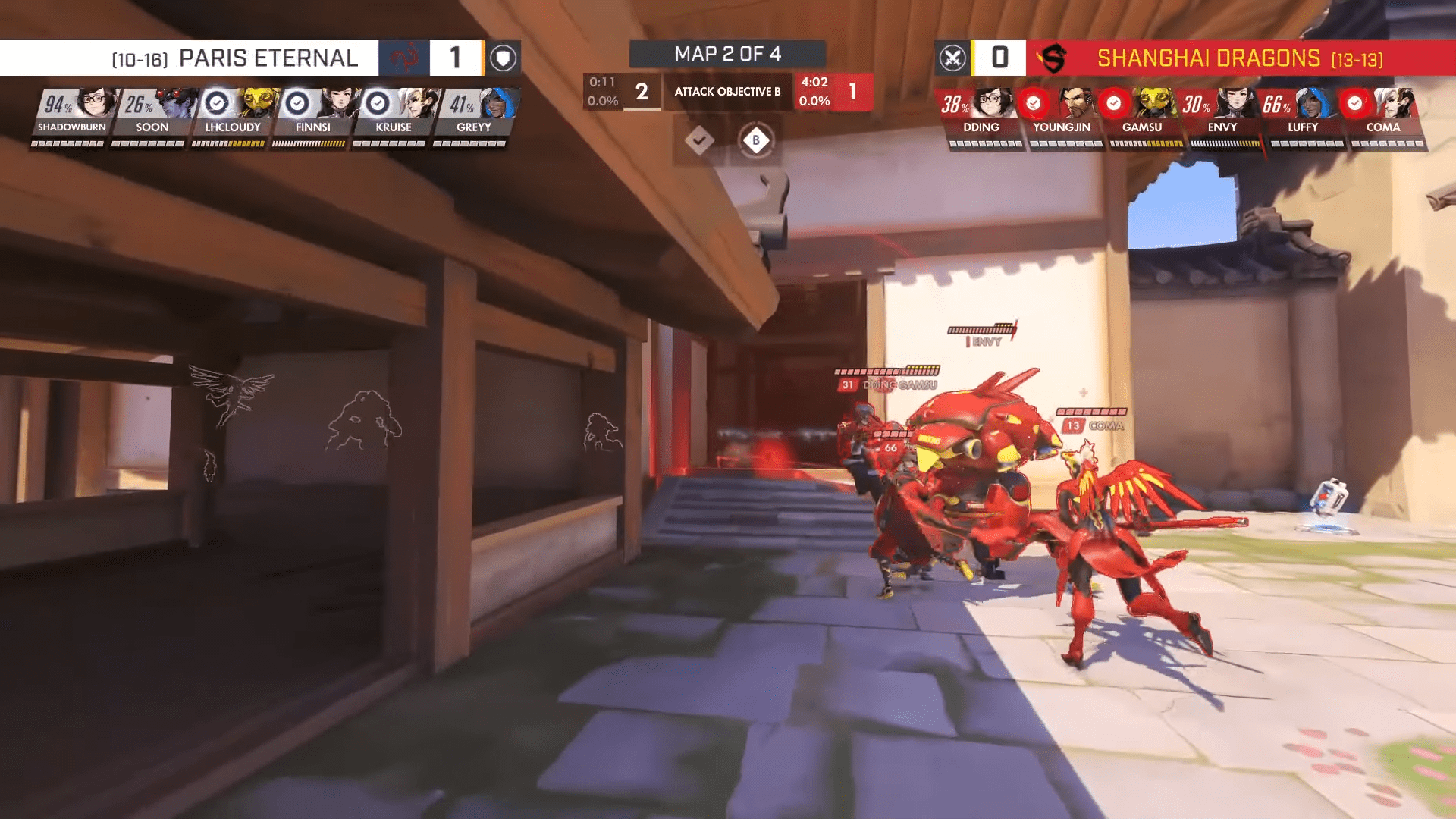 Overwatch League off-season continues to prove itself as one of the wildest transfer windows in recent memory, rivaling the 2017 English Premier League transfer window in terms of massive names being traded like baseball cards with little to no fanfare outside of Twitter.  The latest transfers involve Paris Eternal picking up ‘HanBin’, ‘Sp9rk1e’, and ‘Xzi’ to bolster their rough appearances in Season 2 where they walked from the season with a recorded 11 wins and 17 losses, with a -21 map differential from their inaugural season.

Despite having a rough showing for the season, they had zero problems talking smack about how they were the only true European team in the Overwatch League, with ‘Kruise’ calling the London Spitfire the Seoul Spitfire, on account of having an all Korean roster.  In an interview about their upcoming fixture, Kruise stated: ‘I don’t think London Spitfire are a European team. They’re more like Seoul Spitfire. We are the only European team.’  And ‘I want to make the world see how great Europe can be.’

While Kruise’s ‘Make Europe Great Again’ stump speech was amusing, the Paris Eternal began attracting fans that were tired of Korean-led rosters, a natural by-product of the popularity of the game in South Korean PC cafes. The Twitter-verse circled around Kruise’s statements, while Blizzards’ own Battle.net forum led discussions on why the league has co-opted city names without holding players from that city.  It seems that the move by Blizzard, to cultivate grassroots support for the Overwatch League, appears disingenuous (at best) to some.

Mind you, it’s not that Kruise was entirely wrong, either, despite how crass the statement sounds.  While dramatic headline fodder, the London Spitfire attempted to meet their rabid fanbase in Seoul in mid-2018 but was blocked by the Seoul Dynasty apparently attempting to protect their own fanbase.

A lot of fans have been asking if we will do a fan meet in Seoul but unfortunately Dynasty won’t approve it. It’s disappointing bc we really wanted to meet with fans who have continuously supported us! Please know that the players appreciate your support & would meet if we could.

All of this bears little merit until you find the virtue-signaling Twitter rant from Kruise, frustrated that fans are upset as the self-proclaimed ‘only European team’ has broken some of their own founding statements, and hired 3 Koreans.  Good heavens, the horror.

In such a traffic-heavy transfer window, most of the population of this planet would look at this transfer with little more than passing interest.  But fans were quick to call out the Paris Eternal for adopting the exact stance they flamed, and Kruise was ready to once again stand as a beacon of brilliance in these trying times of modern virtues.

I love everyone that supports me but it hurts to see people be so rude. Imagine you go to a foreign place or team and fans of that team are discriminating against you… You wouldn’t like it so why do it to others? I’m sure every player in the league feels the same way as me

The Paris Eternal staff heavily played the ‘only true European team’ card to drum up support for the team, yet apparently forgot that there is a difference between ‘utopic Parisian roster’s’ and ‘ability to compete against anyone other than themselves’.  Finding themselves between a rock and a hard place, they promptly forgot all about past statements (and the fans they intentionally attracted using those statements), and feigned indignation at the idea that their fans would react this way.

Ultimately, this amounts to little more than amusement for those on the outside looking in, a quick giggle about young players learning ‘PR 101’.  I doubt that people are losing sleep due to the Paris Eternal signing such promising talent for the third season of the Overwatch League after the past season, and those that are losing sleep about this aren’t the fans you necessarily want in the first place.