It was recently revealed that the company registered two new trademarks that imply WWE is interested in branching out in gaming beyond their yearly title.

WWE filed a trademark for both “Superstar Gaming League” and “WWE SGL” on November 11. The full filing is available, but has a few highlights: “Entertainment services, namely, the production and distribution of an ongoing show in the nature of video games; gaming services in the nature of conducting online computer game tournaments; providing a web-based system and on-line portal for customers to participate in on-line gaming, operation and coordination of game tournaments, leagues and tours for recreational computer game playing purposes” and much more.

WWE has stayed silent on the subject, and it was fans that discovered the trademark filing.

WWE wrestler Xavier Woods now hosts the UpUpDownDown channel, which launched in 2015. WWE has since begun referring to the channel as their own, even though it has not been confirmed if Woods has handed over control. Woods is currently inactive in WWE due to an injury he sustained in October.

Since WWE has now referred to UpUpDownDown as their gaming channel, they may have noticed the growing gaming market. Since promoting the channel, WWE stars have begun appearing more often, from giving interviews to participating in various entertaining activities with the host.

It’s unknown if the new trademark is at all related to the UpUpDownDown channel, but fans would expect that Woods is part of the plan.

There are still three upcoming WWE 2K20 Originals DLC planned. They are scheduled to be released by Spring 2020. Fans know that the current state of the game has a lot of work, so many are expressing that they would rather see the base game fixed before new DLC content is available.

While the news regarding Superstar Gaming League may not be coming soon, the newest WWE game, WWE 2K20 is now available on PC, PlayStation 4, and Xbox One. 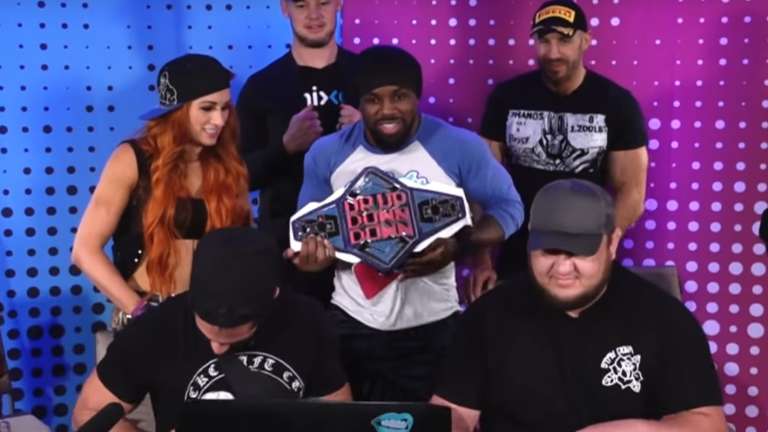